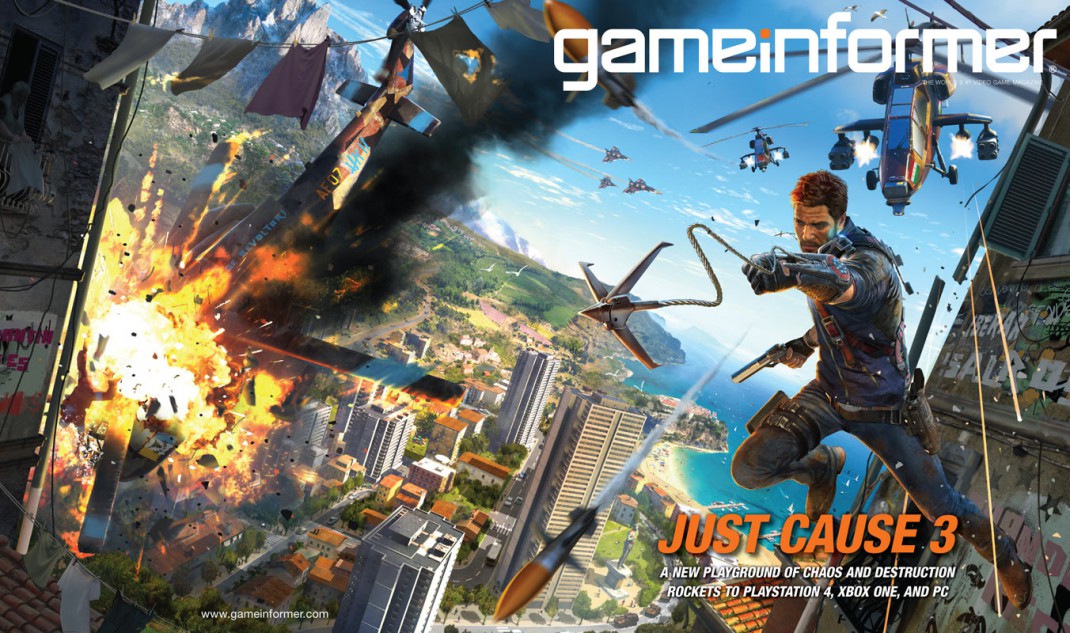 LOS ANGELES (November 11, 2014) – Square Enix and Avalanche Studios today unveiled JUST CAUSE 3, a vast open-world action adventure, and the latest instalment in the much-loved JUST CAUSE series. JUST CAUSE 3 will be available in 2015 for PlayStation 4® computer entertainment system, Xbox One and Windows PC.

“We’ve been waiting for this moment ever since Just Cause 2 was released, said Christofer Sundberg, founder and Chief Creative Officer at Avalanche Studios. “This is the culmination of a decade’s worth of open-world evolution and innovation. In JUST CAUSE 3, we’ve sent Rico to a beautiful Mediterranean archipelago. He is of course bringing his Grapple and Parachute, both with game-changing upgrades, as well as the brand new Wingsuit. JUST CAUSE 3 truly represents the next generation of chaotic sandbox fun, and we can’t wait to show you more next year.”

Exclusive coverage and developer interviews can be found in Game Informer’s December issue. Additionally, visit GameInformer.com/JustCause3 throughout the month for on-going coverage.