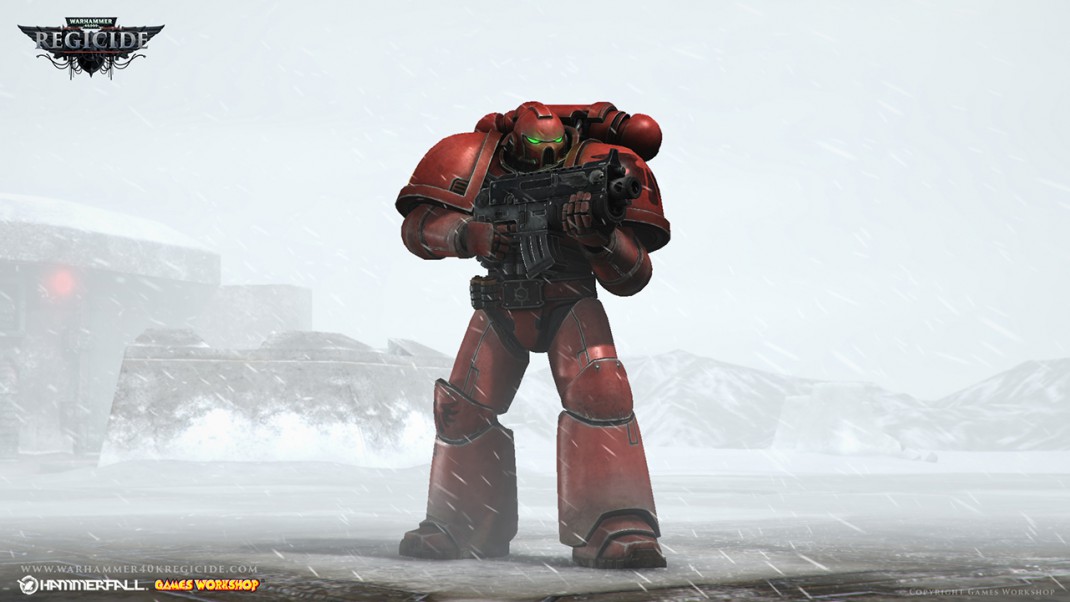 SYDNEY – Oct. 23, 2014 – Independent game developer Hammerfall Publishing has released new images and animations for their upcoming turn-based strategy game,Warhammer® 40,000®: Regicide. Set in the classic Warhammer® 40,000® universe from Games Workshop, Regicide weaves rich lore with strategic gameplay in a series of action-packed battles for dystopian glory. Along with these first look in-game images, Hammerfall has released a new a feature rich website with an exciting forum honor system for Regicide, where players can gain incentives by declaring their allegiance along with meeting their opponents before the game launches.

The new actual in-game character screenshot reveal presents the Space Marine Captain, Tactical Marine, and Devastator in all their glory. The Ork Loota, Shoota Boy, and the feral Weirdboy strike a brutal contrast, as well as a promise of the violence and bloodshed yet to come. These detailed Warhammer® 40,000® characters come to life against the war-torn setting of a winter stronghold environment. These images, along with two videos showing the characters in action, will give players a taste of what awaits them on the battlefield.

Regicide reinvents strategy and turn-based tactical warfare with an exciting new take on the battlefield: