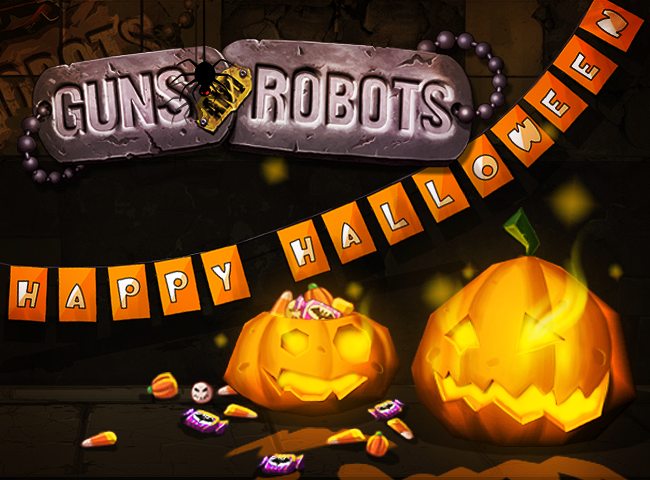 SOFIA, BULGARIA – October 21, 2014 – Masthead Studios announced today that they have prepared two separate events for the upcoming Halloween celebration in Guns and Robots.

With many new features added in the game, the events promise a new set of thrilling and chilling festivities. The celebrations that take over Guns and Robots will start this Friday.

From Friday, October 24th through Saturday, November 1st players of Guns and Robots will be able to win spooky presents and experience the fun of smashing pumpkins and hunt down enemies.

This year’s Trick Or Threat Competition event will give chance to players to get their hands on Witch Bow weapon, spooky Halloween masks or sparks.

In addition to the in-game events, many giveaways are released on the Official Facebook Page, so that players can immerse themselves in the Halloween spirit.