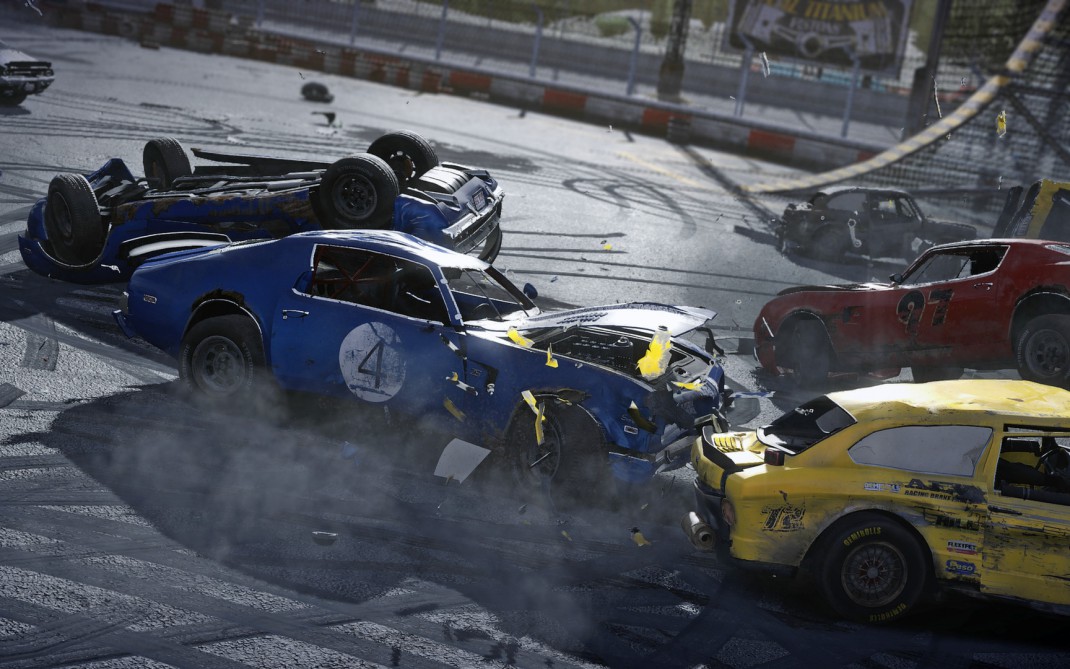 October 6, 2014 — Bugbear Entertainment has been working on a new demolition racing game, playfully dubbed Next Car Game. With a lot of help from our very active community, we finally found a worthy name:

The term wreck fest refers to a chain collision of cars in high speed racing. As our game is all about the madness of colliding cars at breakneck speeds, a term describing the glory of tearing metal is nothing if not apt.

Wreckfest has also evolved to include 18 player multiplayer! The players can now challenge their friends to share the most visceral demolition racing mayhem in existence! With four different game modes, Racing, Derby, and the new Deathmatch and Team Deathmatch, Wreckfest’s conjunction of purity of driving and the innate beauty of twisted metal creates massive amounts of emergent glee when punishing your friends and foes alike.

The newest release also introduces a new European coupe car, a beast difficult to master but a real contender on both racing and derby matches. We have also added a new two-for-one track, Speedway, to the game, letting the players enjoy both the oval circuit and the figure 8 track inside it. This adds up to ten different racing tracks, and five cars to select as their weapon of choice. As players aim straight for the tender spots, our in-house engine ROMU provides impressive physics and detailed damage modeling to ensure that the crashes both look and feel glorious.

As always, remember that Wreckfest is a work in progress. Although the prevalent bugs are a part of all Early Access games, rest assured that we’re making it better, every day. Players can submit their ideas on our own community forums, and help us make Wreckfest, already an amazing demolition racing, be all it can be.

Wreckfest is available on Steam and WRECKFESTGAME.COM