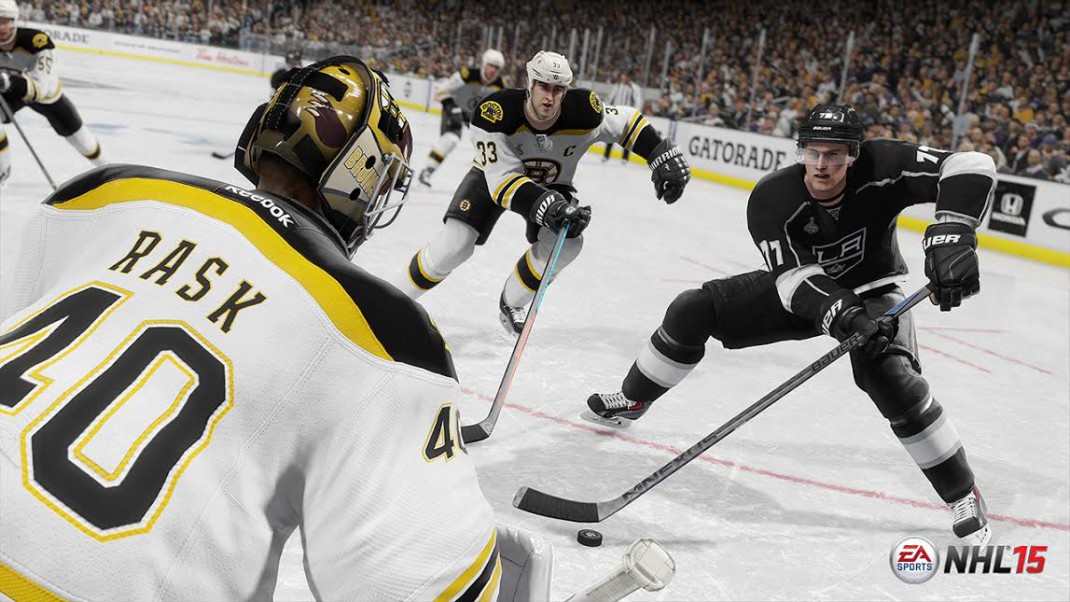 October 1, 2014 — A season simulation from EA SPORTS™ NHL® 15 predicts that the Los Angeles Kings will triumph over the Boston Bruins as 2015 Stanley Cup® Champions to earn their second straight championship and their third victory in four years, firmly cementing their status as the next dynasty NHL franchise. Kings goaltender Jonathan Quick will lead his team to the Cup, while Kings alternate captain Anze Kopitar will win the 2015 Conn Smythe Trophy, awarded to the most valuable player to his team in the playoffs.

Other notable storylines include:

A simulation is conducted by artificial intelligence or logic of the videogame that uses real-life data from each player. Results are extrapolated by the videogame when two teams match up based on player ratings, line combinations, and include variances such as injuries and hot streaks to give a realistic outcome of a game or series.

NHL 15 is the start of a new generation of hockey videogames, where the sights, sounds and feel of the fastest team sport on the planet come to life in a way players have never experienced before. Featuring 12 Player NHL Collision Physics and Real Puck Physics, NHL 15 captures the hard-hitting chaos and unpredictability of the game of hockey. Players are immersed in authentic arenas across the National Hockey League and hang on every play called by an all-new broadcast commentary team led by NBC Sports legends Mike “Doc” Emrick and Eddie Olczyk.