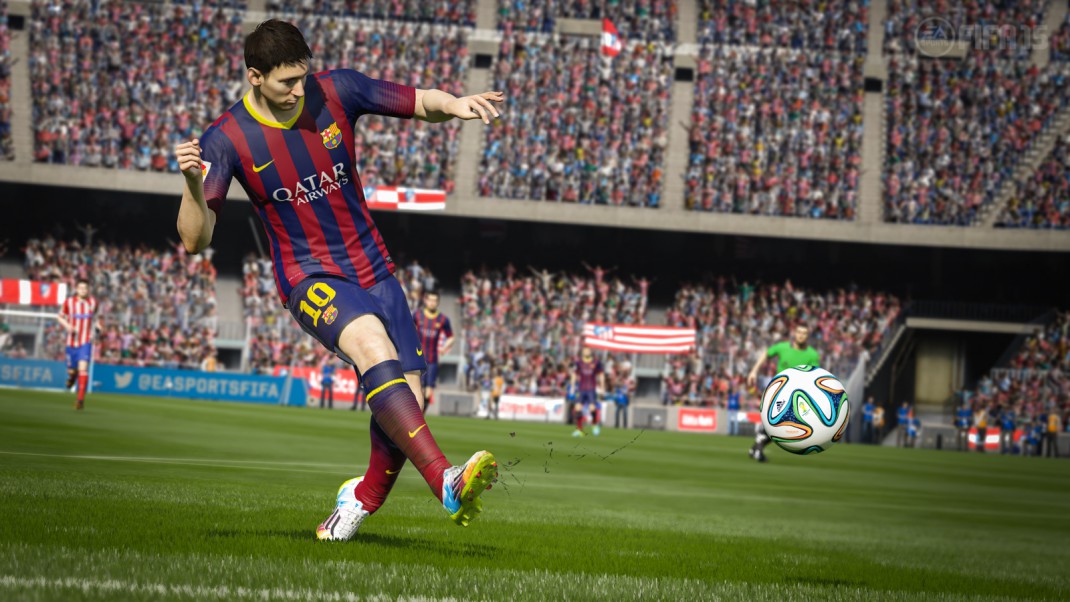 REDWOOD CITY, Calif. – Sep 10, 2014 – Electronic Arts Inc. (NASDAQ: EA) today announced that the playable demo of EA SPORTS™ FIFA 15* is available to download for PC on Origin™, Xbox One® and Xbox 360® games and entertainment systems from Microsoft for Xbox Live® Gold members, and for the PlayStation®3 computer entertainment system. The FIFA 15demo in North America on PlayStation®4 computer entertainment system will arrive later today. The FIFA 15 demo on Xbox 360 will be available to Xbox Live Silver members beginning September 16. Fans can download the demo by visiting http://easports.com/fifa/demo.

“The launch of the FIFA 15 Demo is like our pre-season and the first chance for millions of FIFA fans to get hands-on with the game,” said Nick Channon, Senior Producer, EA SPORTS FIFA. “The demo is an early representation and taste of this year’s game, and we welcome the chance to get fan feedback on our innovations and new features.”

FIFA 15 brings football to life in stunning visual detail so fans can experience the emotion and intensity of football like never before. Fans are encouraged to send their first impressions of the game by using #FIFA15Demo on Facebook and Twitter. Fans across the world have already played FIFA 15 and praised innovations made to gameplay responsiveness and heightened player control; the FIFA 15 team continue to listen to fans, refine gameplay and improve the fidelity of goalkeepers on PS4, Xbox One, and PC.

In addition to all the new gameplay and visual features available in the demo, fans will have the chance to listen to eight new songs from the FIFA 15 soundtrack including: Elliphant – All or Nothing; Polock – Everlasting; Sante les Amis – Brasil; Magic Man – Tonight; FMLYBND – Come Alive; Slaptop – Sunrise; Milky Chance – Down by the River; Jungle – Busy Earnin’.

FIFA 15, developed at EA Canada, will release worldwide in September on PC, Xbox One, Xbox 360, PlayStation 3 and the PlayStation 4, and is available for pre-order** now at http://www.origin.com and other retailers. A version of FIFA 15 will also release on the Wii™, Nintendo 3DS™, and PlayStation®Vita handheld entertainment system this Fall. Not all game features are available on all gaming platforms.