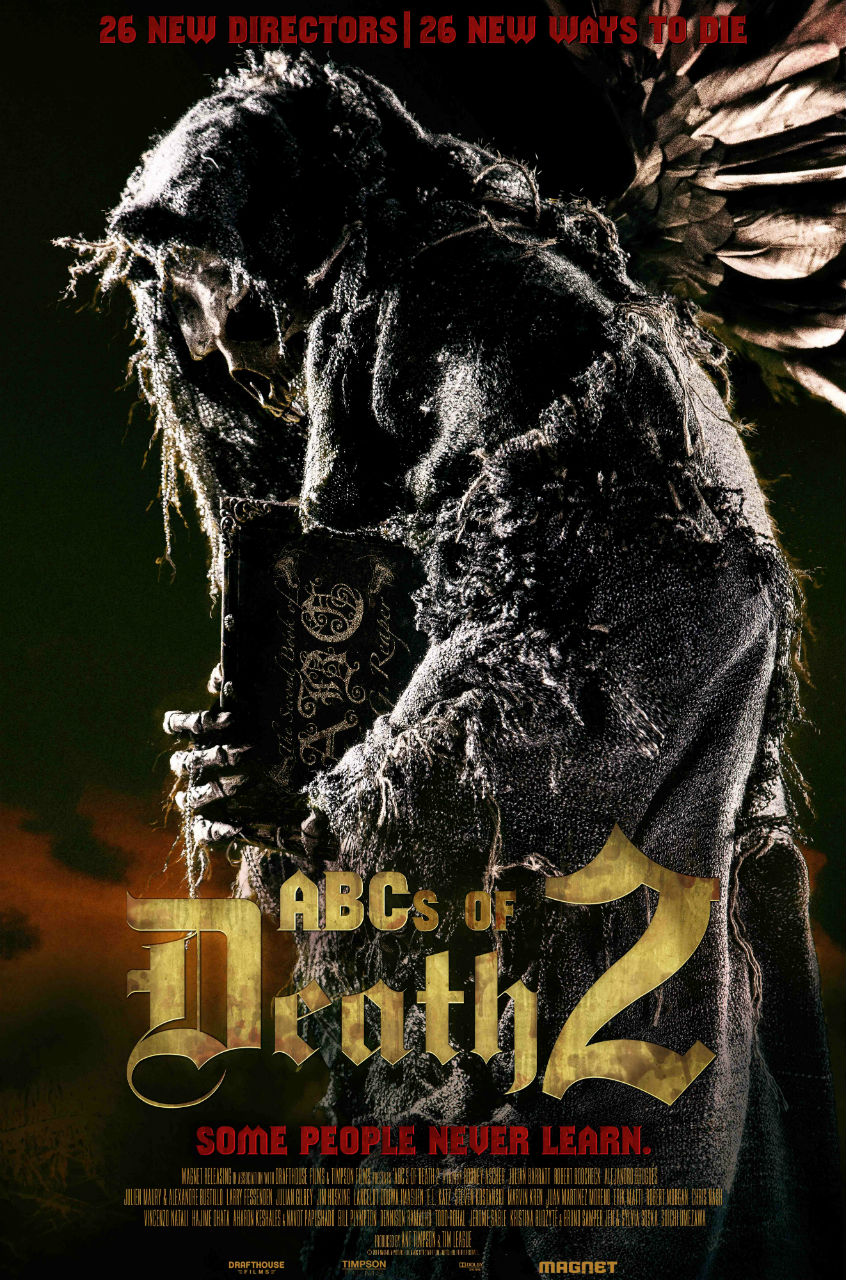 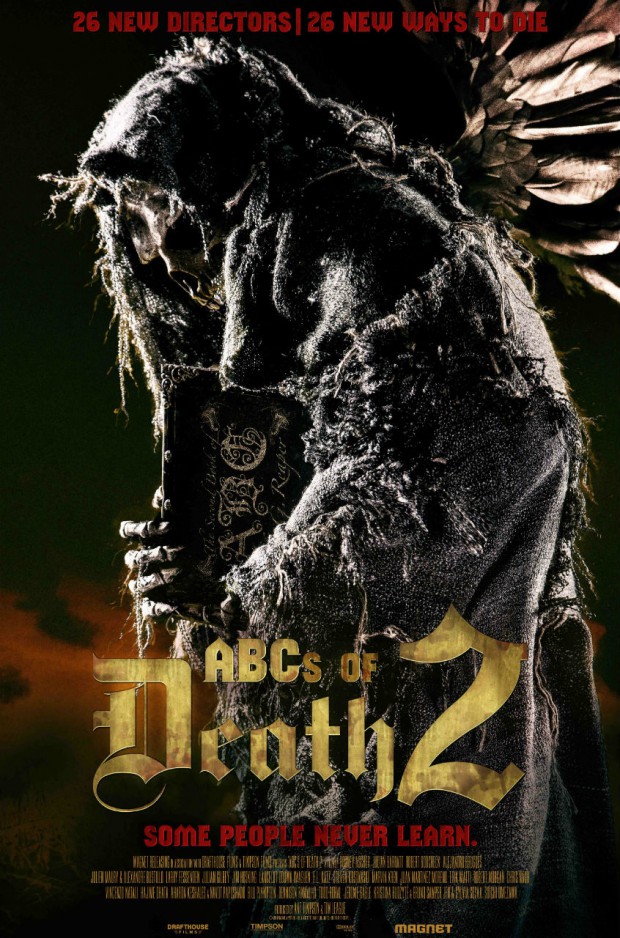 Los Angeles, CA – Tuesday, August 5, 2014 – Magnet Releasing and Drafthouse Films bring a kaleidoscope of death, mayhem and fun with the World Premiere of ABCs of Death 2 at Fantastic Fest in Austin, TX on Thursday, September 18.  The film has also been announced for release on VOD platforms October 2 with a theatrical run set for October 31.

ABCs of Death 2 features 26 brand new shorts from 26 new directors of acclaimed genre films like Cheap Thrills, Inside, A Lonely Place to Die, American Mary, Big Bad Wolves and many more. Once again, the filmmakers were given free reign to create a short film about death in all its many forms and the results are at turns shocking, hilarious, vile, surprising, beautiful, reprehensible, poignant, disturbing, but most of all, mind-melting fun. In addition to the varied subject matter and creative approaches to time-tested genres, the filmmakers explore a variety of styles including stop-motion animation, dialogue-free, and hand-drawn animation to bring their twisted visions to the screen.

“I truly love how divisive this anthology series will be. There’s no grey when it comes to the ABCs OF DEATH. People either love it or detest it. And that is the exactly the way it should be. Filmmakers are rarely given the opportunity to express themselves with full creative freedom. That’s because it’s usually a dangerous and risky endeavour. So it’s a good thing Tim League and I enjoy risk and we’re happy our partners at Magnet Releasing feel the same way as we do,” said producer Ant Timpson.

“I want people to look back at the ABCs of DEATH rosters ten years from now and see many of these now emerging directors running the show in future Hollywood,” said producer Tim League.  ” With Fantastic Fest veterans Garreth Edwards and Rian Johnson commanding the Star Wars franchise, this doesn’t seem unreasonable at all.”

ABCs of Death 2 is the follow-up to the most ambitious anthology film ever conceived with productions spanning from Nigeria to UK to Brazil and everywhere in between. It features segments directed by over two dozen of the world’s leading talents in contemporary genre film. The film is comprised of twenty-six individual chapters, each helmed by a different director assigned a letter of the alphabet, beginning with the letter A and ending with the letter Z. The directors were then given free rein in choosing a word to create a story involving death. Provocative, shocking, funny and at times confrontational,ABCs of Death 2 is another global celebration of next generation genre filmmaking.

The following is the list of participating directors and a reference title from each of their filmographies: