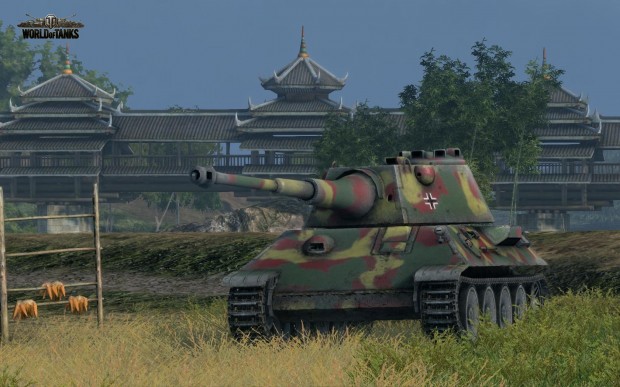 July 31, 2014 — Wargaming is pleased to announce the kick-off of August Extravaganza, the biggest Wargaming.net battle universe celebration of the year. The event will span across all Wargaming combat games in North America, encompassing World of Tanks, World of Tanks: Xbox 360 Edition, World of Tanks Blitz and World of Warplanes. From August 1 to August 17 Wargaming will celebrate their amazing 93,000,000+ community of players in a Panzer sized fashion. Over $1,000,000 worth of in-game giveaways, tons of physical prizes, exciting in-game events and huge experience bonus weekends are scheduled to deploy to tankers and pilots this August. During the week of August 11, the event extends beyond North America and goes international for tankers around the globe with the inclusion of World of Tanks: Xbox 360 Edition.

Each day of August Extravaganza is designed to reward the hardcore player and entice casual players with big rewards, huge discounts, and the chance to earn massive amounts of XP and credits by participating in special week-long missions. The action crescendos every weekend with limited edition tanks and planes awarded to all who participate in matches, huge discounts on premium tanks and XP earning boosted to the limit. Tune in every Friday (August 1, 8, and 15) to extravaganza live-streams on Twitch to be eligible for real world prizes valued at over $10,000, including graphics cards from Nvidia, Solid State Drives from Intel, headsets from Plantronics, and peripherals from Razer.

The full schedule of giveaways, in-game events, live streams and more can be found here:worldoftanks.com/en/news/pc-browser/19/wg-august-extravaganza-main

The August Extravaganza gives players the ultimate opportunity to bolster armor and increase their arsenal with all the firepower and credits needed to dominate both the battlefield and the skies.