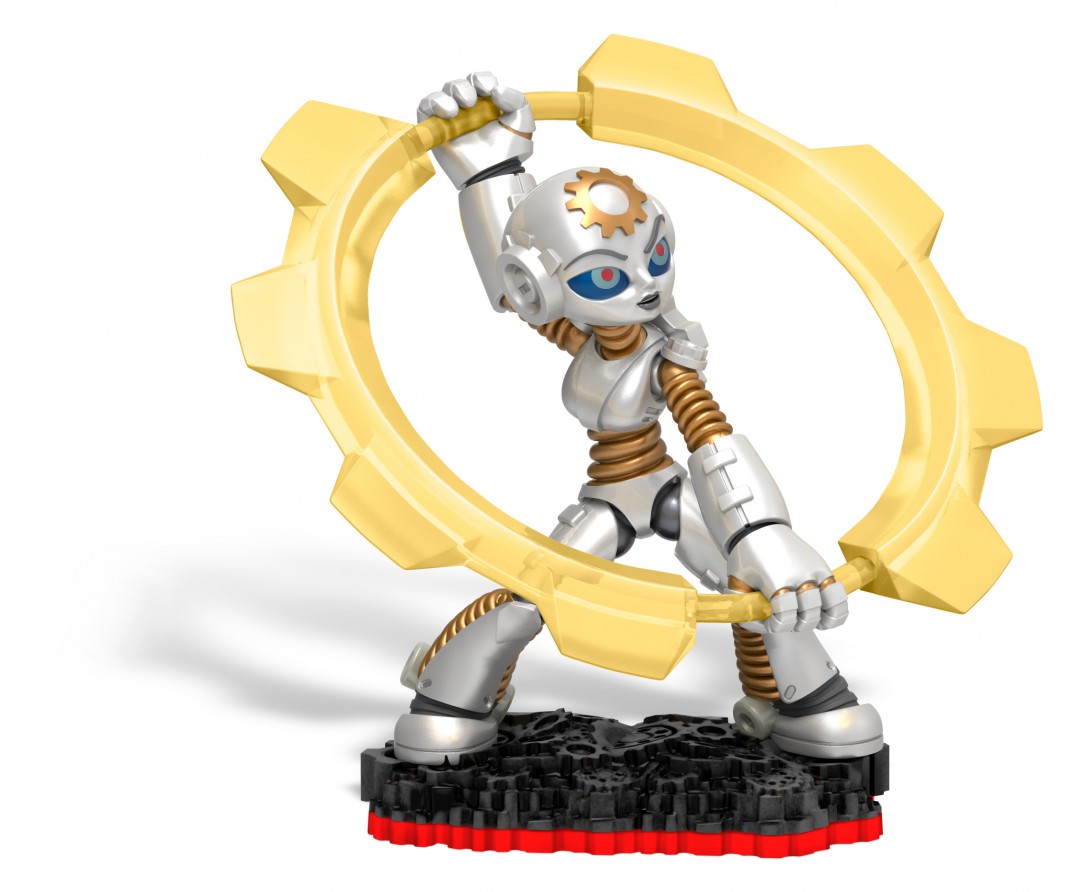 SANTA MONICA, Calif. – June 5, 2014 – Skylanders Trap TeamTM will get a heavy dose of girl power when Activision Publishing, Inc., a wholly owned subsidiary of Activision Blizzard, Inc. (NASDAQ: ATVI) brings Gearshift to Portal Masters via a special pre-order program starting today. Gearshift is the latest character to be unveiled in the Skylanders Trap Team lineup and will be offered to Skylanders fans for pre-order at all major North American retailers while supplies last. This marks the first time fans will be able to get their hands on the Tech element character, months in advance of her official arrival at retail in 2015. Only a limited supply of Gearshift will be available for the October 5, 2014 launch of Skylanders Trap Team in North America, so fans are encouraged to pre-order her today to guarantee they can get this highly collectible character at launch!

Skylanders Trap Team brings a ground-breaking innovation to the Skylanders franchise by reversing the magic of its signature Toys-To-Life™ play pattern to let kids bring life-to-toys for the first time. In the game, Gearshift was created on the Tech island of Metallana by King Mercurus, who considered the young robot to be his own daughter. But rather than performing royal duties, Gearshift preferred to spend her time in the oily depths of the kingdom among its workers, secretly tending to the huge subterranean machines. When her father discovered this, he was furious – but then a squadron of Undead Stormriders suddenly attacked. Learning that these marauders wanted to capture her father, Gearshift used her knowledge of the labyrinth below to hide him. Seizing the emblem of her people – The Great Gear – she used it to fight the Stormriders, inspiring the workers to rise up. Together, they drove the Stormriders out of Metallana and saved the kingdom. For this, Gearshift was made part of the Trap Team, using her new awesome Traptanium-forged gear to help defend Skylands.

Skylanders Trap Team allows Portal Masters to seek out the most wanted villains in all of Skylands, capture them and pull them out of the game into their living rooms by securing them in a Trap. Fans can then use Traps to play as both heroes and villains who join the forces of good for the first time in an all-new adventure. The game will come with the Traptanium PortalTM, a new device that will enable kids to hear the villain speaking to them from inside the physical Trap.

Kids will be able to place the Trap in a special slot on the Portal, next to their Skylanders figures, to defeat and capture villains, as well as play as villains. Players also have the option to switch between playing as a Skylander and a villain at any time, creating fun and unique “tag team” gameplay. They can even take their Traps and their Skylanders characters to their friends’ houses for fun, co-operative adventures across console game systems. Skylanders Trap Team will be available on Nintendo Wii™, Wii U™, 3DS™, PlayStation®3 and PlayStation®4 computer entertainment system as well as the Xbox 360™ and Xbox One™ video game and entertainment system from Microsoft.

Additionally, Skylanders fans attending E3 2014 will get an exclusive first glimpse of this new hero at the Activision booth, which is located in South Hall #1647.