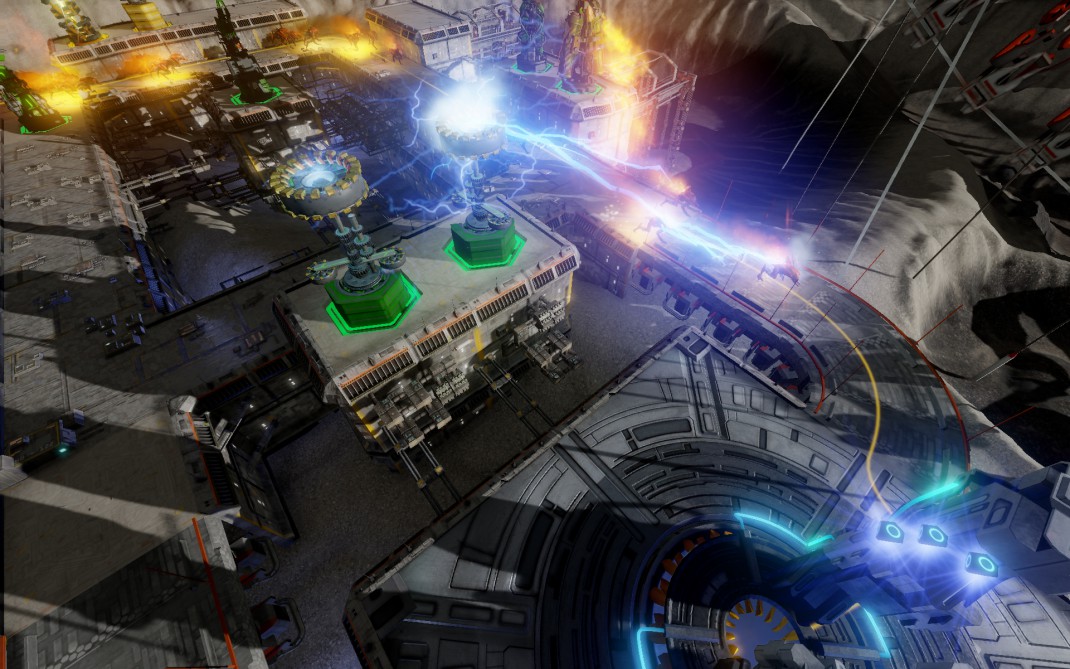 Defense Grid 2 features gorgeous landscapes and intuitive gameplay as players fight for the survival of human civilization. In the game’s co-op level being shown at E3, the planet Correl has been ravaged by seismic and volcanic activity, where settlements have all but been destroyed by an alien invasion. Players must work together to route the aliens away from the cores and use the Command Shuttle to adjust the areas available for building towers and protect the cores.

Defense Grid 2 will be released on PC, Mac, Linux, Xbox One and PS4 platforms in Fall 2014. Representatives from developer Hidden Path Entertainment will be available to demo the game’s co-op mode at the 505 Games suite (#505) above the Concourse Level.