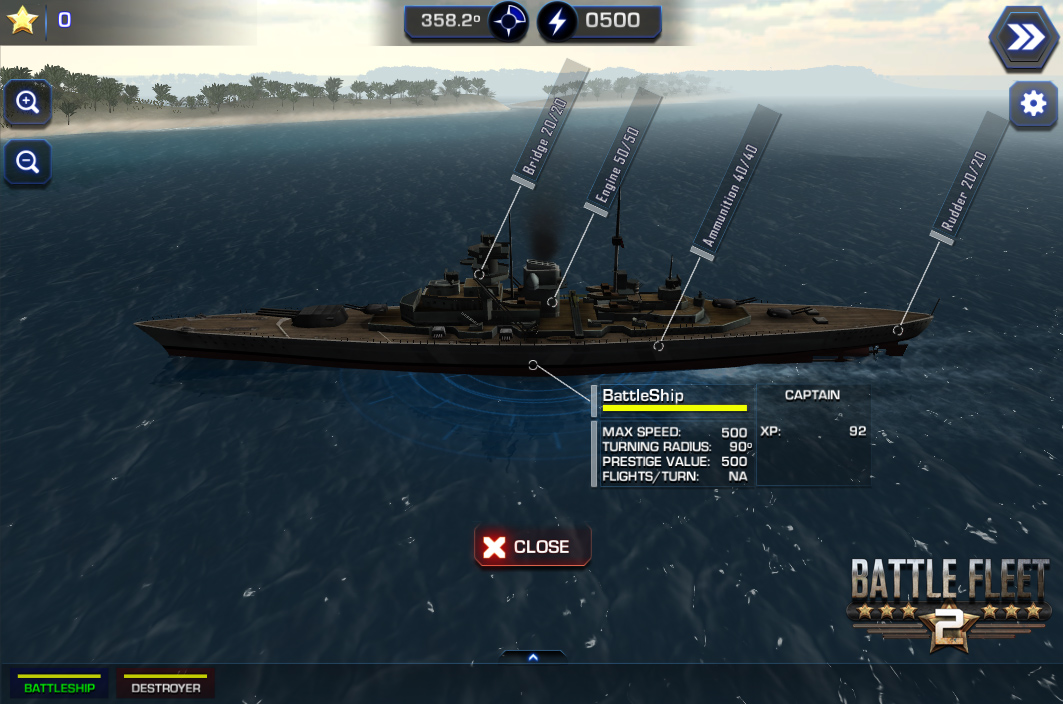 Battle Fleet 2 is coming to all devices in June of 2014. The game expands the original concept of turn based naval combat where the player controls the angle and power of their guns and the movement of the ship to include a campaign conquest mode in addition to stand alone scenarios. The combat system has been improved for faster and even more exciting battles and it all looks better than the original with the new graphical engine. Find out more at the Steam Greenlight page at http://steamcommunity.com/sharedfiles/filedetails/?id=262465622.

Additional improvements include better options for outfitting your ships, including the ability to place individual commanders with special abilities, expanded power-up cards to play, better multiplayer options, and an entirely new graphics engine. Battle Fleet 2 looks better, plays better, but is otherwise a true successor to the original best seller.

Battle Fleet 2 is a true naval combat sim set in the WW2 era. Players manually control the weapon loadout of their ships, selecting which guns to bring, setting what the angle and power of their shots are, and determining how the ships move and turn. Additionally carriers bring planes, bombing runs, and interception into battles taking place around island chains, which can help provide cover, blocking line of sight, or forcing enemies to run aground. All of this comes together in a fast paced battle in scenarios, campaign mode, or online against other players. Get all the information at http://www.battlefleetgame.com/bf2.html or find it on Steam at http://steamcommunity.com/sharedfiles/filedetails/?id=262465622.