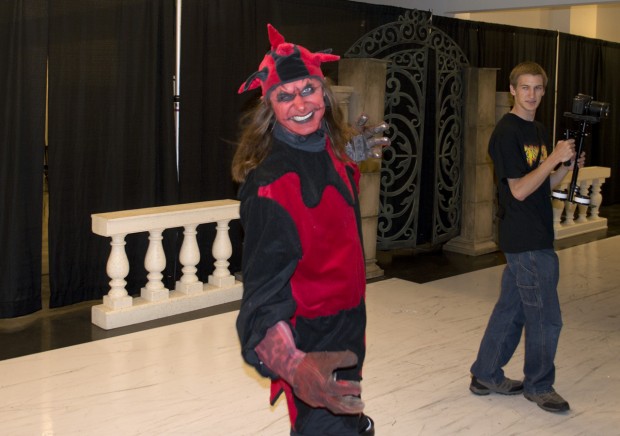 The folks at Scare LA, the only Southern California haunted attraction convention, have announced that they will be hosting a panel on Disneyland’s Haunted Mansion attractions as well as a very cool panel on August 9th from Universal Studios Hollywood’s Halloween Horror Nights! You can find ticket information and more at their official website.

On Saturday August 9th, ScareLA will celebrate the 45th anniversary of The Haunted Mansion with “When Hinges Creak,” a presentation hosted by Doombuggies.com’s Jeff Baham. The presentation will feature a fantastic assortment of images, historical insight, and many more ghoulish delights! Joining Jeff on stage will be Disney Legend Bob Gurr, who developed the ride system for Walt Disney in the ’60s that is used in the Mansion. Bob will share stories of the attraction’s development at WED Enterprises, and discuss the men and women that helped create the most beloved “haunted house” of all time. We’re just dying to have you in attendance!

Universal Studios Hollywood’s Halloween Horror Nights will return to ScareLA with a special presentation by creative director John Murdy and art director Chris Williams. Last year, they revealed the Insidious maze during their panel, and this year John Murdy has been teasing they’ll be revealing something even more exciting.