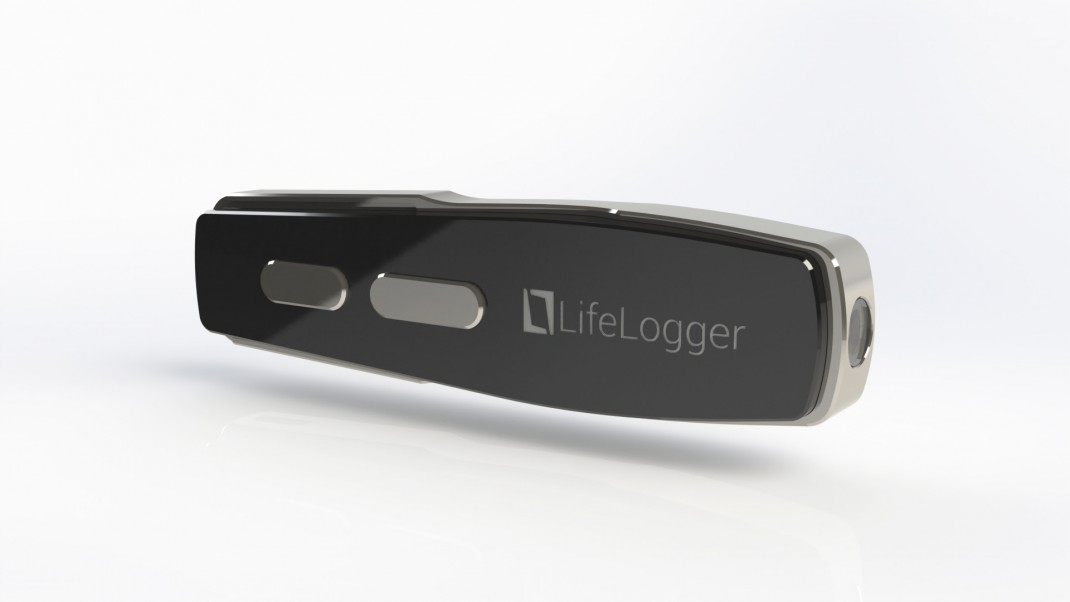 Palm Beach Gardens, FL (May 13, 2014) – LifeLogger, an innovative company committed to changing the way you remember your life, has introduced the world’s first head worn wearable camera meant to capture, share and make your life story digitally searchable and forever stowed. LifeLogger has developed the ultimate life logging system, equipped with a cloud solution and metadata processing software that will actively store your memories and make them available to you on the web, desktop and all your mobile devices.

“Imagine you could live stream your wedding proposal, your first roller coaster ride, the moment you hold your child for the first time,” says Stew Garner, CEO of LifeLogger. “LifeLogger gives you the photographic memory and details that you might forget or are too busy experiencing to capture otherwise.”

With LifeLogger, you can record up to eight hours of hands-free footage without the need to hold up a camera or phone. Equipped with GPS and Wi-Fi, LifeLogger can be easily controlled from your device or smartphone via the Android and iOS app. The LifeLogger app allows users to control their device, manage existing videos, sign in to your cloud account and either automatically upload your footage or choose to manually upload the videos and memories you wish to cherish. Battery and memory status is also visible via the LifeLogger app, as well as the option to turn live streaming on and off.

LifeLogger lets you live stream video to any desktop, tablet or smartphone as long as you have a Wi-Fi connection, making life’s moments instantly shareable the moment they happen. Along with live streaming video content, LifeLogger will also stream your GPS coordinates, compass data of the direction you’re heading, GYRO and voice.

“LifeLogger will change the way we look at cameras,” says CEO Stew Garner. “The world is moving in a direction of instant connectivity and constant sharing. As a result, we are constantly preoccupied with capturing the moment that we oftentimes are not even fully present. With LifeLogger, you can seize your moment and store it too.”

Users don’t need to plug in their LifeLogger to the computer through the included USB cable (although they can) to store all their content. LifeLogger will upload your memories automatically once connected to Wi-Fi, storing them to the cloud and filing them on a simple 3D timeline, organized by date. Once footage is uploaded to the metadata processing software, it undergoes an image stabilization process, enhancing the quality of every moment captured. Face detection, optimal character recognition, voice recognition and GPS positioning on a map are also scanned and stored using algorithms which give the user an unparalleled way to search and re-live their memories.

LifeLogger shoots video in the direction you are looking at, giving you a truly accurate point of view shot. The LifeLogger team has undergone vast and intensive research that has proved that the most effective way to get a true recording of your mind’s eye is by wearing the camera around your head; camera’s worn around the neck or clipped will only capture half of the entire picture. As a result, the team has developed a headpiece solution that proves to be comfortable, durable, lightweight and sturdy for daily use. Similar to Google Glass, the LifeLogger becomes as seamless as it is integral to your daily routine. LifeLogger

Additional features of the LifeLogger include:

Estimated availability for the LifeLogger camera is end of year 2014, with the first run of mass production anticipated to be sometime between October and November, and shipping in December just in time for the holidays. Starting today, anyone can support LifeLogger in getting the camera into production through Kickstarter.com, where backers of $169 or more are rewarded with a camera and three months of up to 25GB of cloud storage and free video and metadata processing.