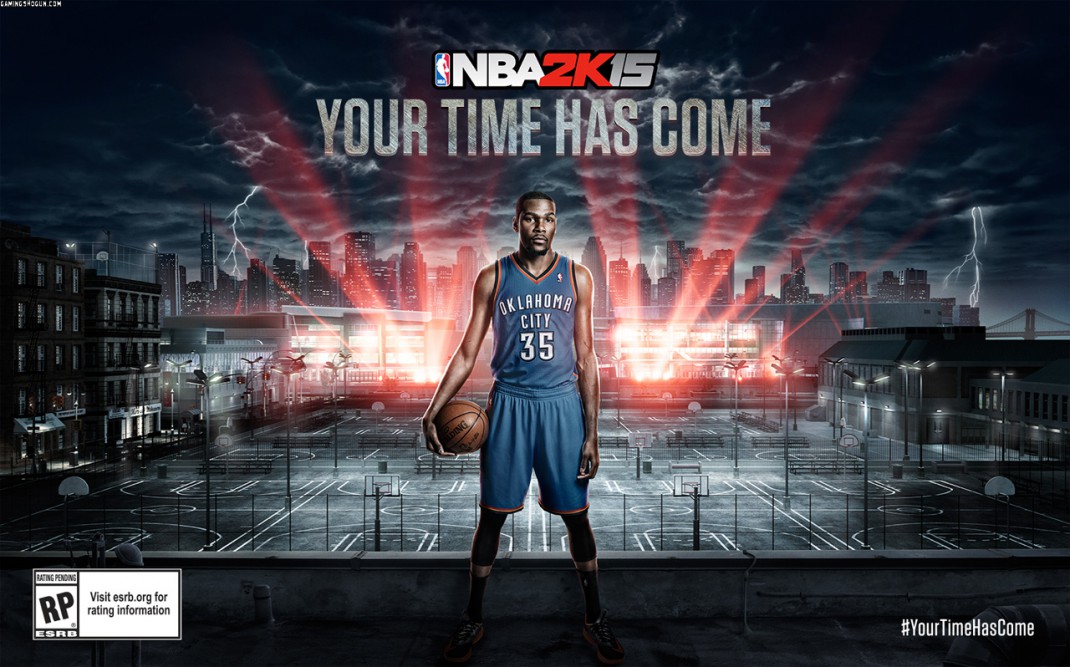 New York, NY – May 7, 2014 – 2K today announced that Oklahoma City Thunder superstar, four-time NBA scoring champion, and recently crowned 2014 NBA Most Valuable Player, Kevin Durant, will make his solo debut as video game cover athlete on NBA® 2K15, the next installment of the top-selling and top-rated NBA video game simulation franchise*. With the selection, Durant completes a banner year in which he garnered the NBA’s top award for the first time in his career and fulfilled his lifelong dream of being the feature athlete on an NBA 2K cover, all while cementing his legacy as one of the greatest players of this generation.

“I’m honored to be selected for the cover of NBA 2K,” said Durant, who is currently leading the Oklahoma City Thunder against Los Angeles Clippers during this year’s NBA Playoffs. “I’ve been an avid fan and player of NBA 2K since I was a kid, and being selected as the sole cover athlete of NBA 2K15 is an amazing accomplishment at this point of my life. I feel like my time has come.”

“We’re continually challenging ourselves to align the NBA 2K franchise with the best of this generation, and Kevin Durant brings one of the NBA’s greatest into our stable of kings,” said Alfie Brody, Vice President of Marketing for 2K. “Our goal is to consistently bring an unmatched experience for the millions of fans that play the NBA 2K series, while paralleling the NBA’s evolution and growth year-over-year.”

In addition to his accomplishments as four-time NBA scoring champion, and winning the 2014 NBA MVP award, Durant’s impressive basketball resume includes four All-NBA team selections, five NBA All-Star selections, and the 2007-2008 NBA Rookie of the Year award, solidifying him as the perfect choice to bring NBA 2K basketball to fans across the globe