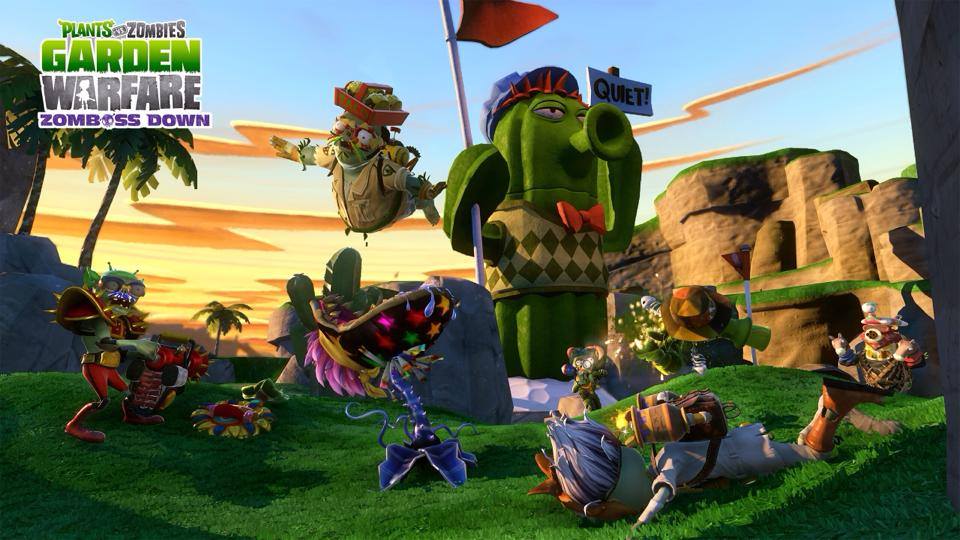 “We’ve had an amazing response from players since launching the Xbox platforms, and can’t wait for PC players to join the party this summer,” said Brian Lindley, Producer on Plants vs. Zombies Garden Warfare. “The PC version has all the great content that we have put out since launch like Garden Variety and Zomboss Down for players to enjoy from the start.

In Plants vs. Zombies Garden Warfare, players choose a side and square off in riotous combat against their plant or zombie opponents, utilizing an arsenal of outrageous weaponry. Beloved character favorites from the franchise, including the Sunflower and Chomper, reprise their roles, and the game tops it off with a new cast of zany characters such as Ice Cactus and the Marine Biologist.

Plants vs. Zombies Garden Warfare features four distinct gameplay modes including 12 vs. 12 competitive multiplayer called “Gardens & Graveyards” and “Team Vanquish,” as well as 8v8 Gnome Bomb. If you prefer co-op gameplay a four-player co-operative mode called “Garden Ops” is available too! Plants vs. Zombies Garden Warfare for PC will also include all content from the Garden Variety Pack & Zomboss Down, a Wild West themed update with eight new playable characters, more than 200 wild customizations and a Cactus Canyon map.