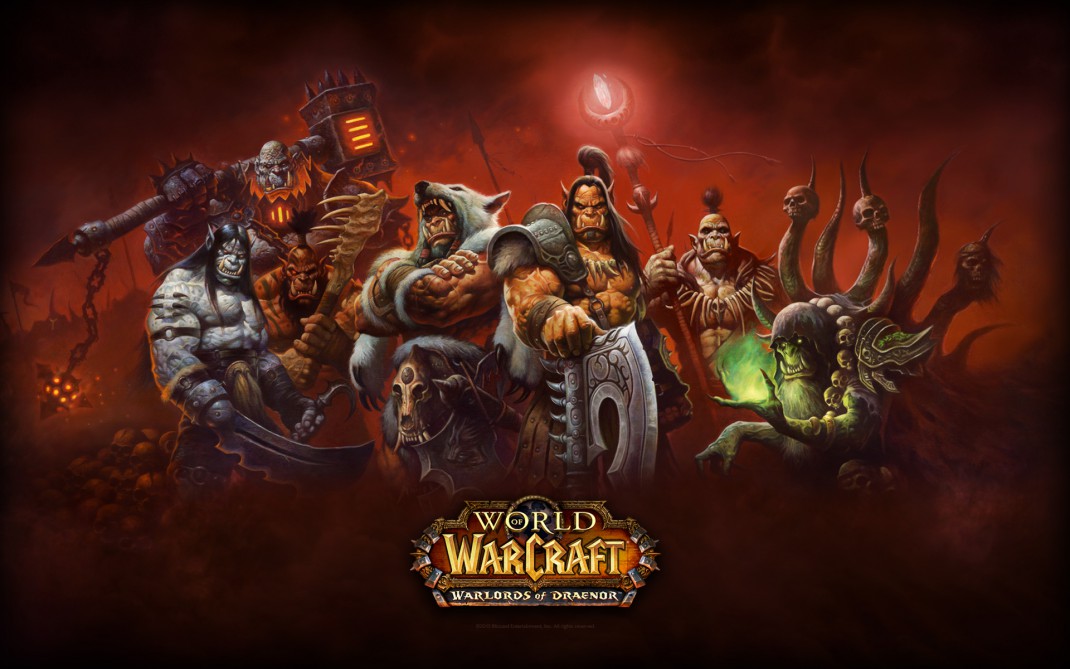 IRVINE, Calif.—March 10, 2014—This fall, World of Warcraft® players around the globe will clash with the legends of Warcraft®’s brutal past when Warlords of Draenor™ charges into stores worldwide. Azeroth’s heroes can prepare for the coming onslaught today by pre-purchasing the expansion digitally at www.worldofwarcraft.com/warlords. Players who answer this call to arms will receive their character boost to level 90 immediately†, allowing them to join friends on the battlefield or experience the latest content from a whole new perspective.††

The fifth expansion to Blizzard Entertainment’s acclaimed massively multiplayer online role-playing game leads players to the untamed world of Draenor, where the orc warchief Grommash Hellscream is forging his twisted Iron Horde into a world-shattering weapon of conquest. Faced with seemingly insurmountable odds, the champions of the Horde and the Alliance must establish a base of operations on Draenor and seek out courageous allies to make a stand against Hellscream’s mighty war machine.

“We’re sending players deep into uncharted territory with Warlords of Draenor,” said Mike Morhaime, CEO and cofounder of Blizzard Entertainment. “New features like the Garrison will give players a commanding role in the Warcraft saga like never before, and everyone can get in on the action right away with the included level-90 boost. There’s never been a better time to go to war for the Horde or the Alliance.”

When Warlords of Draenor launches this fall, it will introduce a wide variety of epic features and content for players of every kind, whether they’re longtime veterans or new recruits. With the expansion, players will be able to:

Warlords of Draenor will come in a Standard Edition (physical and digital versions available), which players can pre-purchase now at a suggested retail price of $49.99. Players also have the option to upgrade their pre-purchase to the Digital Deluxe Edition (SRP $69.99), which contains the following in-game bonuses for World of Warcraft and other Blizzard games (each available in-game at the time of pre-purchase):

Players who pre-purchase either the digital Standard Edition or Digital Deluxe Edition from Blizzard at www.worldofwarcraft.com/warlords will be able to immediately† boost one character of their choosing to level 90, allowing them to experience the latest World of Warcraft content alongside their friends††. Players who wish to boost multiple characters to level 90 also now have the option to purchase additional level-90 character boosts directly through the game at $60 apiece. Further details on character boosts, including information on the gear, skills, and provisions boosted level-90 characters will receive, can be found at www.worldofwarcraft.com.

Warlords of Draenor will also be available in a retail-exclusive Collector’s Edition, which comes equipped with the digital bonus items from the Digital Deluxe Edition as well as a full-color hardcover art book, a behind-the-scenes two-disc Blu-ray/DVD set, a CD soundtrack, and a Warlords of Draenor mouse pad. The Collector’s Edition will be available at select retailers for a suggested retail price of $89.99. Players should check their local retailer for details and availability and be sure to lock in their preorder, as supplies are limited.

In addition to the English version, Warlords of Draenor will be fully localized into Latin American Spanish, Brazilian Portuguese, French, German, Italian, European Spanish, Russian, Korean, Traditional Chinese, and Simplified Chinese. For more information on World of Warcraft: Warlords of Draenor and to pre-purchase your copy, visit www.worldofwarcraft.com/warlords.