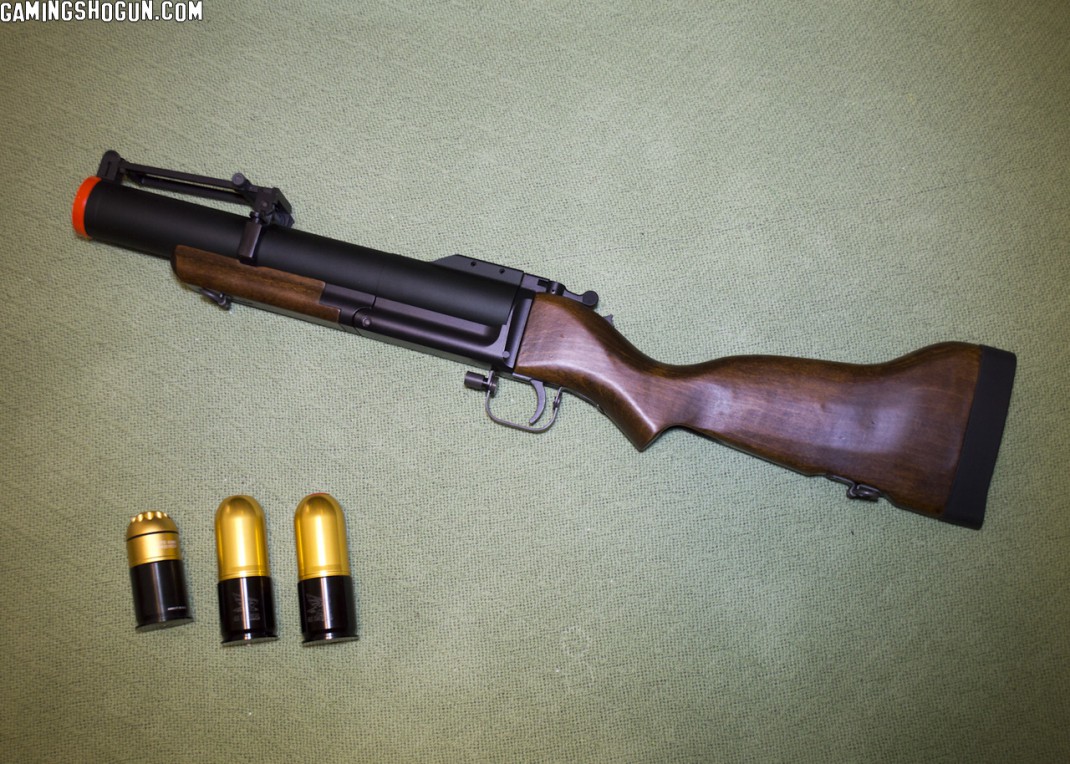 The design of the King Arms M79 is all based on being realistic as the airsoft grenade launcher is the same size as its real steel counterpart. It measures 28.5″ inches in length and the barrel/firing assembly is made from high grade aluminum, which provides strength and considerably light weight – yet, the King Arms M79 is just about the same weight as the actual launcher. The real steel M79 weighs about 6 lbs when unloaded – the King Arms M79 weighs about 4.5 lbs when unloaded. The stock  and handguard are made from real wood with a very decent finish – unlike many airsoft manufacturers that use faux wood.

Interestingly, in King Arms attempt for realism, they have added an actual ladder-style leaf sight on the front of the M79 – just like the real one. Unfortunately, this sight has no use in airsoft at all as the sight was intended for real steel grenade ballistics. It still looks awesome, however, and is a great touch for the MilSim crowd. I would not suggest using it in your airsoft games, however, as it gets in the way of your sight picture and, again, it really has no function with airsoft BBs.

The King Arms M79 is compatible with a variety of 40mm grenade shells. We tested our review unit with two long integration grenade shells from the good people at AirSplat.com and one shower grenade shell from the good people at Evike.com – we would like to thank both AirSplat and Evike for helping us with our review. The grenade launcher features two sling mounts both fore and aft and, even though it only weighs about 4.5 lbs, you will probably want to keep it slung until you have to use it. I highly recommend picking up some 40mm grenade shell MOLLE pouches so you can keep your grenades handy and, please, NEVER keep a loaded grenade shell in your launcher when you are off the field. Also, always wear eye protection!

Overall, the King Arms M79 grenade launch is an excellent choice for your airsoft team’s grenadier role or just to take with you to a game for fun. The M79 is sturdy, reliable, and a lot of fun. It is a bit pricey at about $250 dollars but, if you are looking for a solid launcher, you won’t be disappointing. 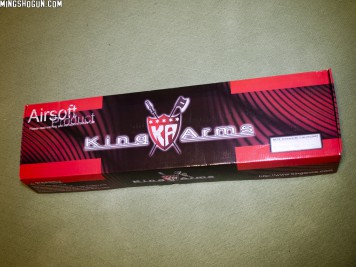 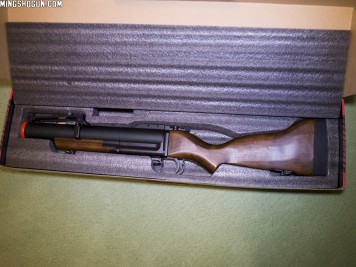 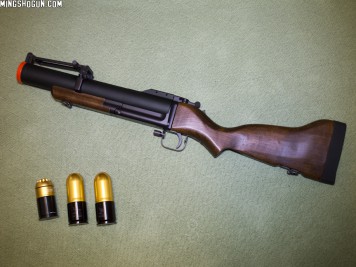 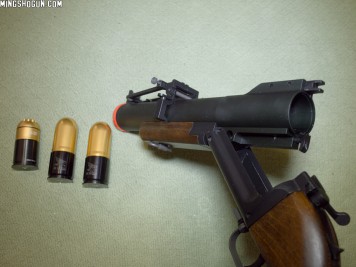 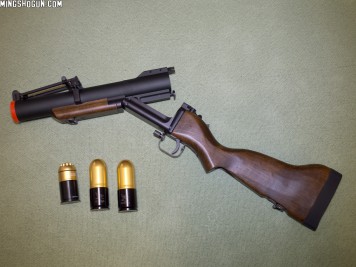 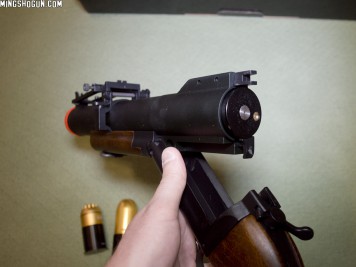 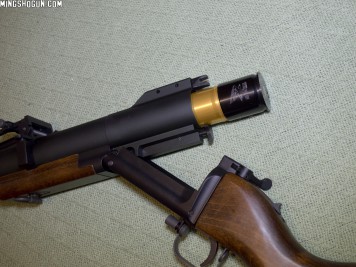 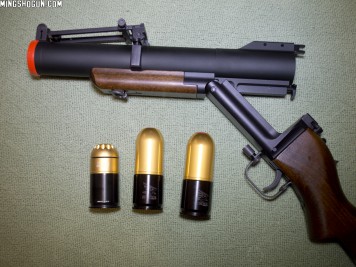 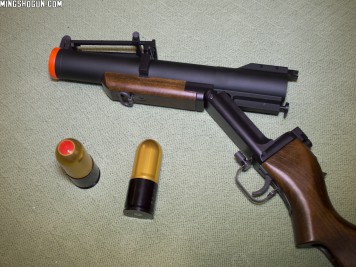