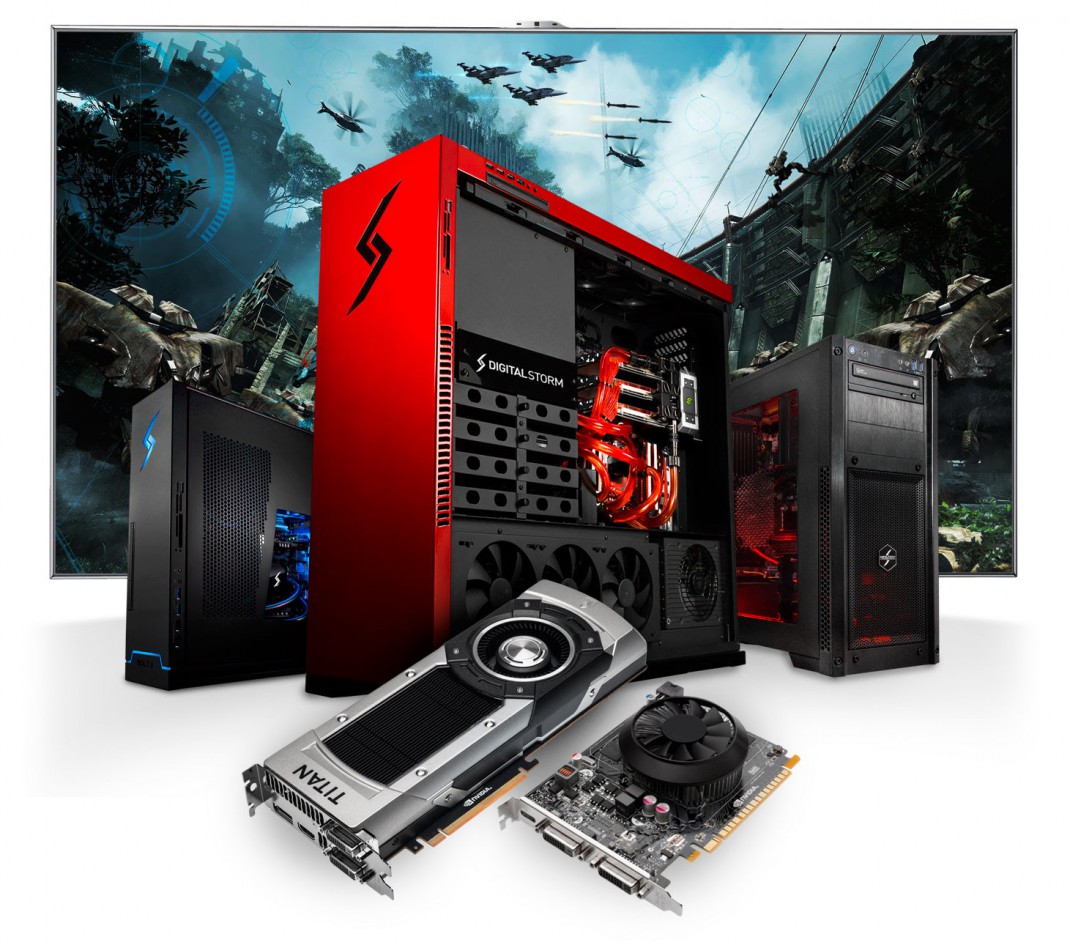 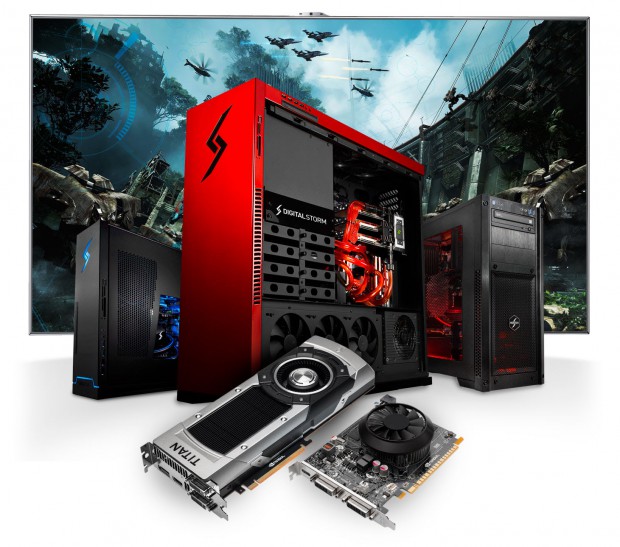 “HD gaming is the new standard and Ultra HD is not far behind with 4K displays already available for $800,” said Rajeev Kuruppu, Digital Storm’s Director of Product Development.  “This is an exciting time for gamers and we’re thrilled to incorporate NVIDIA’s new cards into our systems to deliver the stunning graphics and advanced gaming experience our customers demand.”

The GTX 750 and GTX 750Ti both feature the next generation of Maxwell architecture designed specifically for 1080P gaming.  Both cards utilize innovative technology to deliver, smoother, richer, and faster gaming at an affordable price.

The Aventum II, with its supercar inspired nickel-plated copper piping solution, is the ideal pairing for the TITAN BLACK. Combined with three huge 420mm radiators, the liquid cooling system is as efficient as it is beautiful and fully capable of unlocking the maximum performance potential of bleeding edge components like the world’s fastest graphics card.

Gamers looking for small form factor PC (SFF) to deliver Ultra HD graphics need look no further than the Digital Storm Bolt II – a liquid cooled Steam Machine hybrid featuring both Steam OS and Windows.  With double the cooling power of its closest competitor, Bolt II differentiates itself from other SFF and Steam Machine systems by focusing on delivering the best graphics possible and refusing to compromise on performance.

All Digital Storm systems undergo a rigorous 72 hour stress. After passing the stress testing, desktops then go through a multi-point QA inspection where every aspect of the system is scrutinized, from part fitment to software setup, to make sure each unit is perfect.