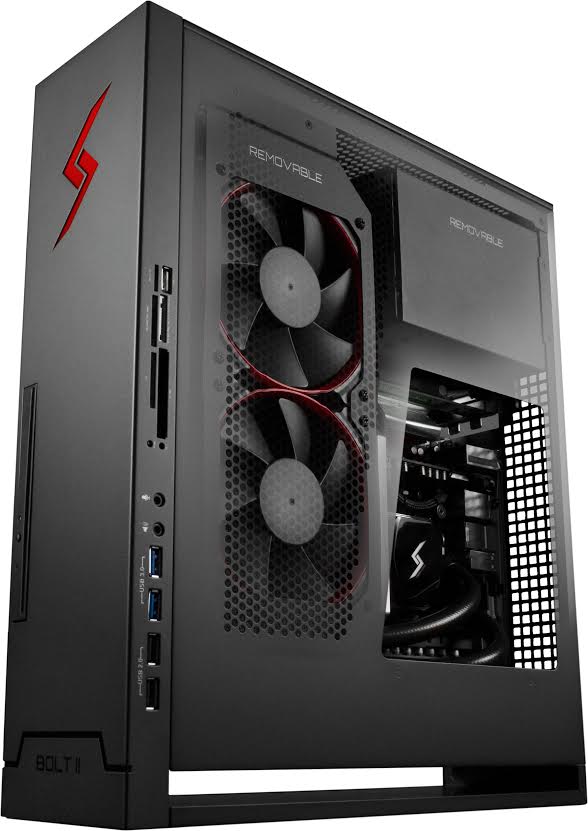 Digital Storm’s second generation SFF system features a refined look, increased accessibility and advanced thermal design. With double the cooling power of its closest competitor, Bolt II differentiates itself from other SFF and Steam Machine systems by focusing on delivering the best graphics possible and refusing to compromise on performance.

“We (Digital Storm) are not looking to compete with console pricing,” said Rajeev Kuruppu, Digital Storm’s Director of Product Development. “We’re taking aim at the high end of the market, targeting consumers that demand the best possible gaming experience and who are looking for a PC capable of playing any title on their new 4K display.”

Unsatisfied with simply offering the best performing SFF cooling system, Digital Storm included the company’s proprietary HydroLux control board to provide gamers with full command of the system’s unrivalled cooling capabilities. HydroLux monitors the Bolt II’s temperature in real time, automatically striking the perfect balance between thermals and noise. HydroLux can also create a custom look by controlling the LED lighting inside and shifting the color spectrum to fit the user’s preference.

Digital Storm’s engineers eliminated SFF upgradeability concerns with a clever removable compartment system that provides easy access to key components. The graphics card, storage drives, optical drive, and cooling system can all be removed and serviced with minimal hassle, making the Bolt II infinitely more upgradeable than any other SFF computer on the market.

Bolt will be available later this month starting $ 1,899 at http://www.digitalstormonline.com/bolt-ii.asp