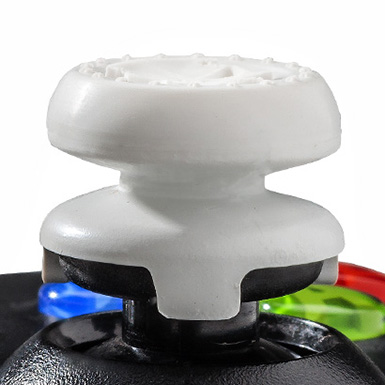 When it comes to FPS games, I often feel very torn between whether or not I should pick it up for my PC or console. In the old days, the deciding factors usually came down to three things: controller accuracy, multiplayer match size, and player base. If all these were equal, then video quality played into the choice – but, nine times out of ten, the PC would win out in those deciding factors. PC first-person shooters always had bigger multiplayer match sizes by at least double and, even though they generally had a smaller player base, they also had greater controller accuracy. The computer mouse has always been more accurate than the console controller, especially when looking at a dedicated gaming mouse with their adjustable DPI levels and greater possible sensor sensitivity. Using simple science, KontrolFreek has designed console controller attachments that attempt to even that playing field, allowing for greater accuracy through longer sticks without losing the comfort a console control offers. The question is, with the new game systems out their with equally-new controller designs, will the KontrolFreek attachments feel as user friendly as they did with the PlayStation 3 and Xbox 360?

Hands On:
I’m so glad they made that “Science Of…” video so I didn’t have to bog you down with scientific explanations involving fulcrums and levers. The science shows in the video, with more room to move the analog sticks, you can be more precise in its movement. A twitch of your thumb will move the stick a shorter distance, allowing you to get that head shot. Even with the science in place, however, that doesn’t mean the controller is any more or less comfortable to use as the last gen controllers, does it? 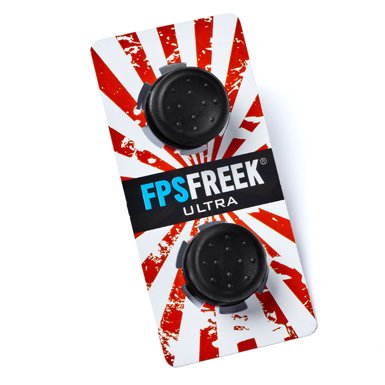 First, I tested it on the Xbox One with the “FPSFreek Ultra”, designed specifically for this controller. I loved it for more than the scientific reasons. The top of these button risers have the same little bumps that I became used to when feeling the KontrolFreek attachments on top of the Xbox 360 controller. They help maintain a grip when your hand gets slippery and provide a familiarity which helps embrace the new controller contours. Another reason I liked it so much is the fact that I have a Day One controller and the pads on the top of the sticks were already beginning to show wear. The FPSFreek Ultra stops the wear on this “collector’s edition” controller by shifting it to the very affordable and easy to replace FPSFreek Ultra. I thought that I might find myself taking the stick extensions off when I played other games than shooters like Battlefield 4 and Call of Duty: Ghosts – but, instead, once I was comfortable with the change, I enjoyed it on titles like Assassin’s Creed IV: Black Flag and others. In fact, I have no plans to take them off my controller unless it is to put them on a non-Day One controller so I can shelve it for posterity. The only point of concern I could see for anyone would be that moving their thumbs from the sticks to the pad and buttons might seem a bit farther than before, but it didn’t feel at all awkward to me. 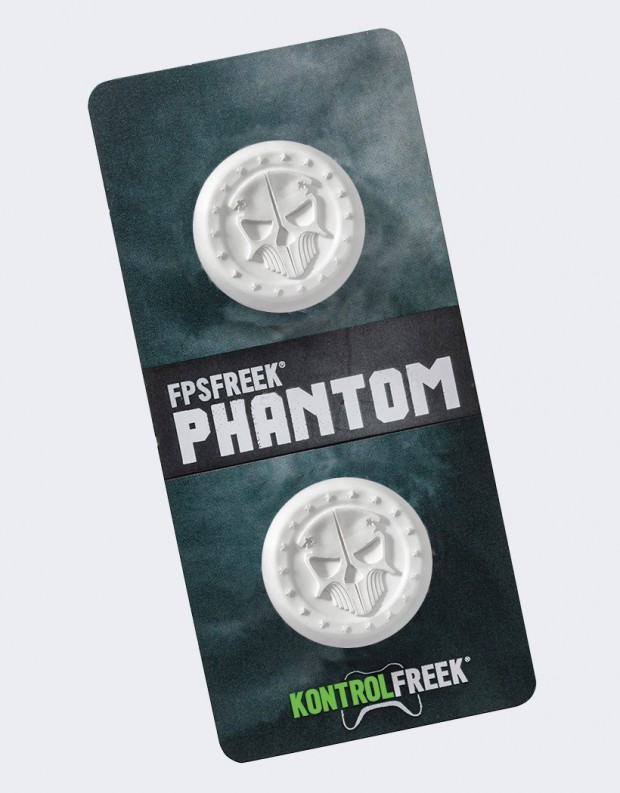 When it came to the last gen controllers, they were similar enough that I could just say they felt the same on my PlayStation 3, but the PlayStation 4 really took a departure in its controller and that takes a bit of getting used to – even without the “FPSFreek Phantom” installed. Besides improving the accuracy, I think it just improved the overall feel of the sticks, raising them up (not all KontrolFreek attachments raise the sticks so significantly as the “FPSFreek” line does). The positives on the PlayStation 4 attachments are pretty much the same as the Xbox One’s: They allow for more precise stick movement and protect the tops of sticks from excess wear. One extra note, if you are a big fan of the Call of Duty Franchise then the Phantom is the way to go for you, all the functionality of the Ultra with the CoD-inspired logo on the top.

You can use the FPSFreek one or both sticks depending on personal choice, which in my case is on both.  Suddenly, I found myself getting the precision I am used to from a computer – which, when you consider that the console Battlefield 4 version has the same multiplayer match sizes as a PC, but a bigger player base, I am really glad that I went with the Xbox One this time for my Battlefield fix!

Last Call:
There is actual science backing the effectiveness of the KontrolFreek FPSFreek line of products and you need only to give it a try to see how quick it helps your game. They give you greater precision in your stick movements which translates to better accuracy in your shooter games. You enemies will be calling you a cheater or hacker in no time at all, when all you did was put an affordable addition to good use. Go out and get these ASAP.