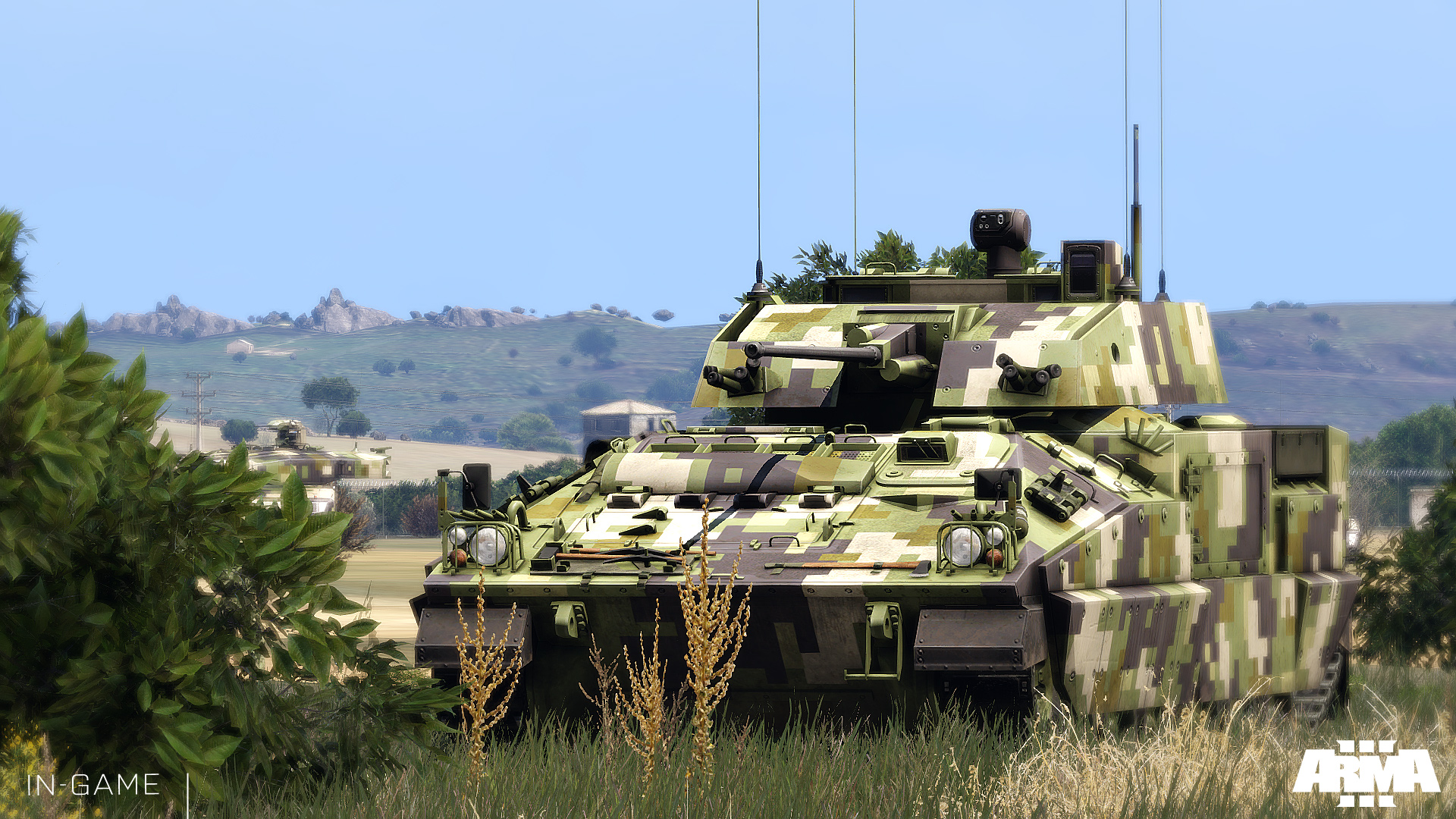 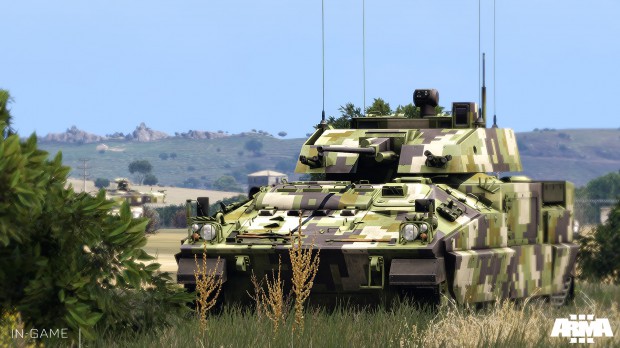 The FV-720 Mora is an infantry fighting vehicle used by the AAF. They were bought by the AAF from the British Armed Forces and reconditioned to serve two more decades. The Mora is armed with a 30mm cannon and a coaxial machinegun, providing not only a carrying capacity, but also reliable fire support.

The MBT-52 Kuma is the main battle tank used by Altian Armed Forces. A batch of a few dozen tanks and spare turrets were bought under-price from a south-European country facing an economic collapse. Like similar MBTs of the era, the Kuma is armed with a 120mm cannon, a 7.62mm coaxial machinegun and a remotely controlled 12.7mm HMG. The level of protection for the crew is also remarkable, thanks to additional armor layers.

The Wy-55 Hellcat is a multi-purpose military helicopter, most suited for anti-surface, battlefield utility with limited transport capability. It replaces its predecessor the Super Lynx, improving the maneuverability, durability and protection. The armed version is fitted with twin miniguns and unguided rockets.

Aside the new vehicles, the AAF Reinforcements Pack also includes other sandbox content, such as the LRPS sniper scope, infra-red grenades, and black versions of the MX rifle family. The complete changelog can be found on Arma 3’s official website. 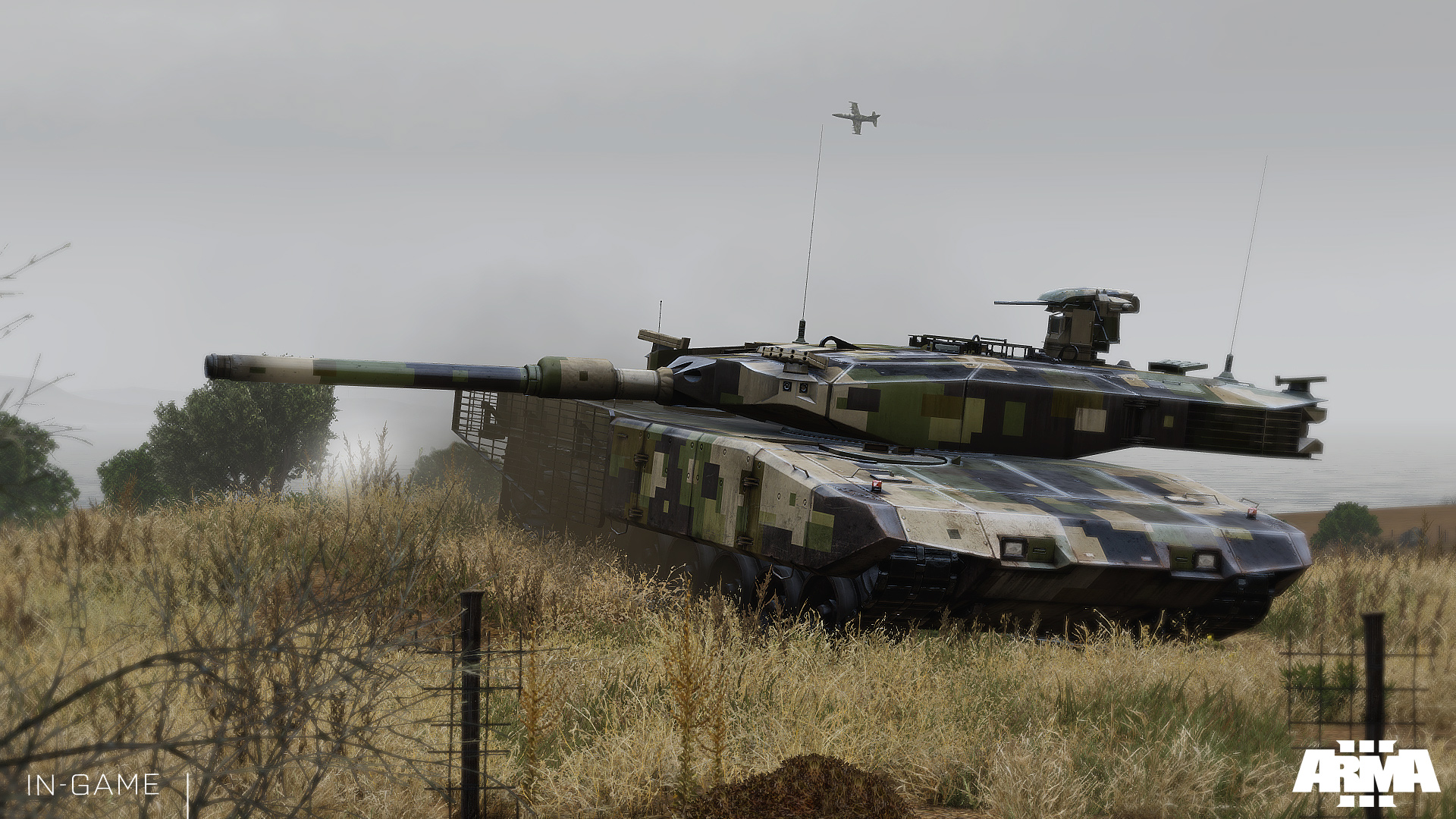 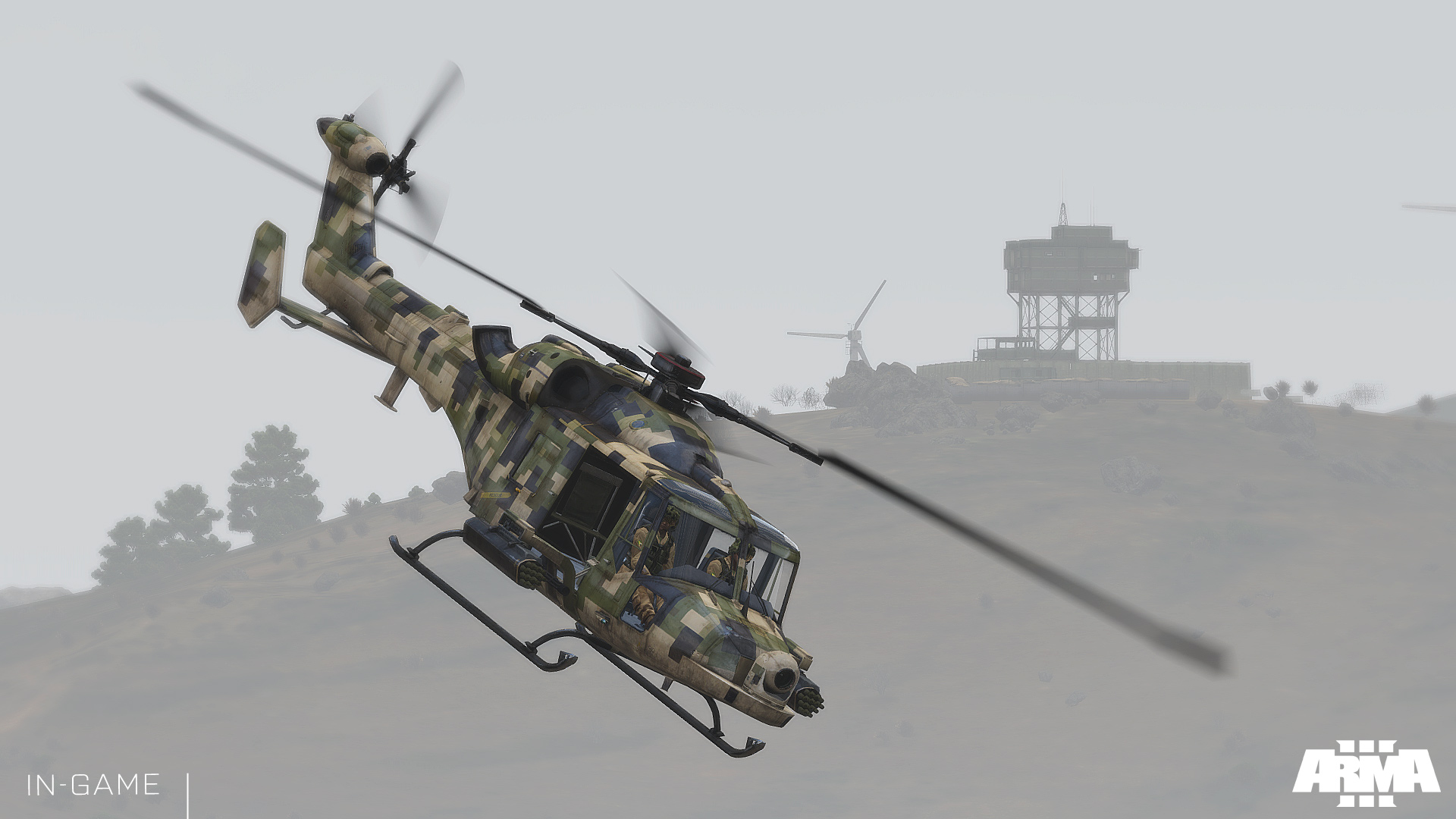 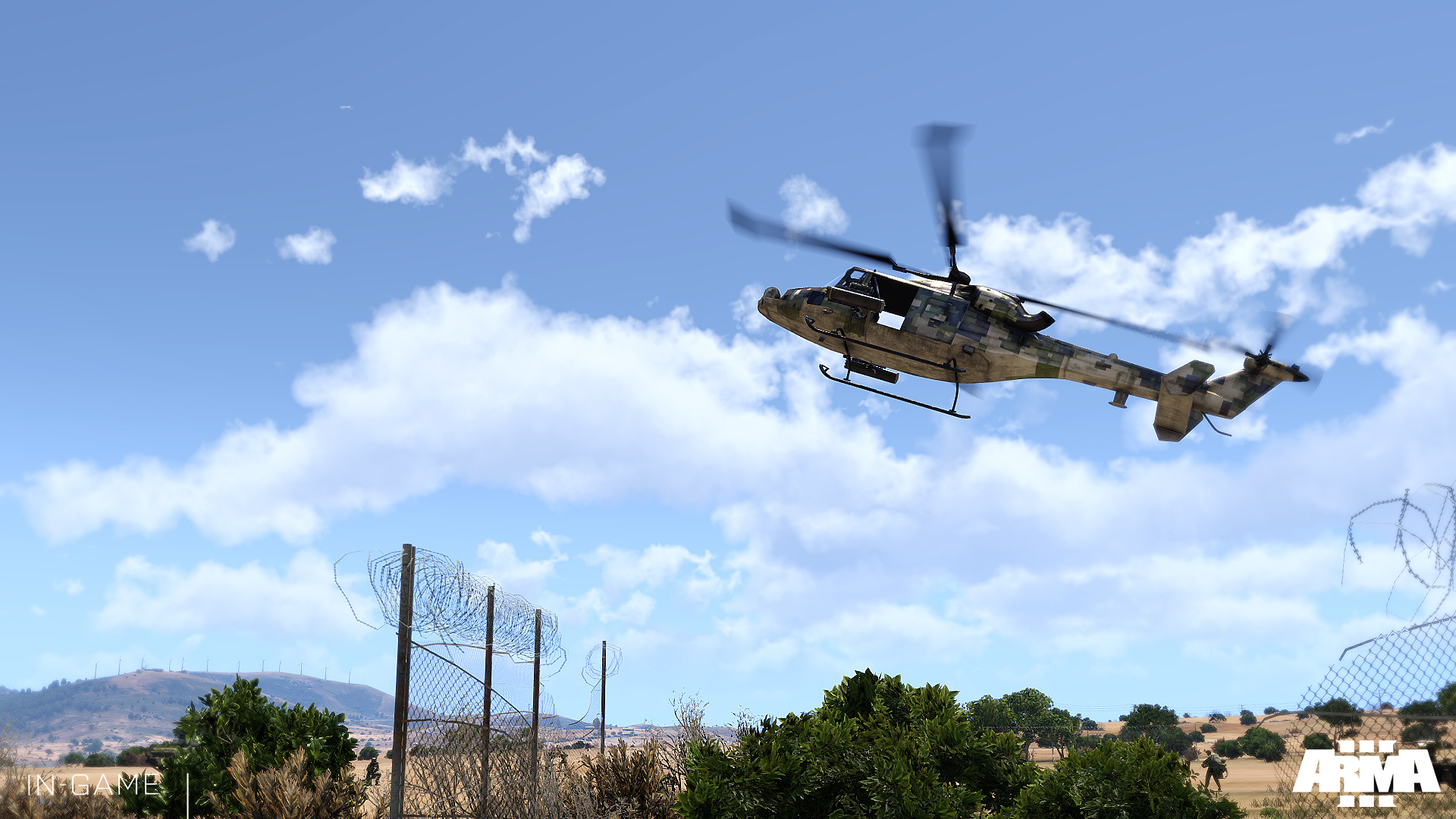 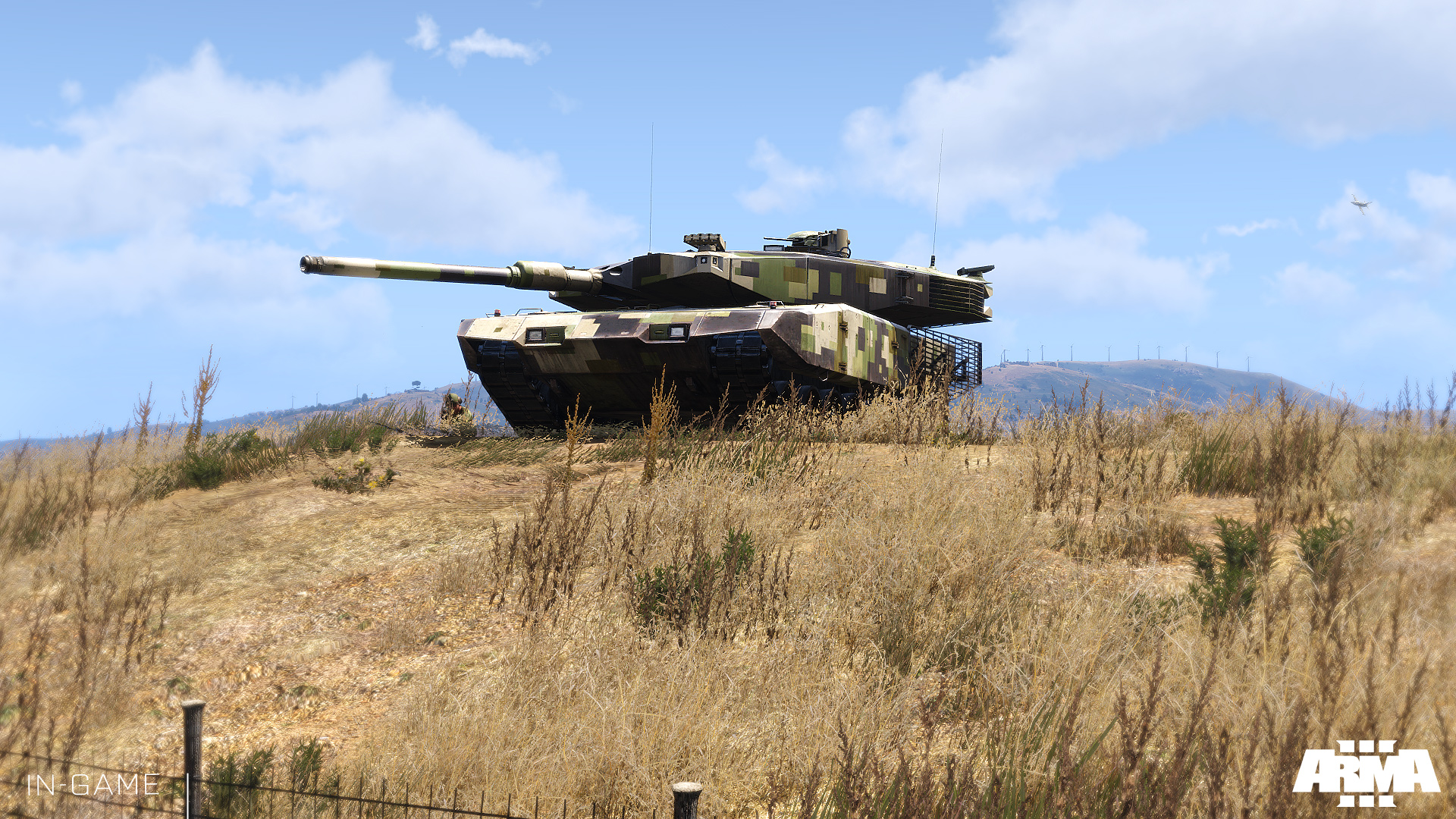