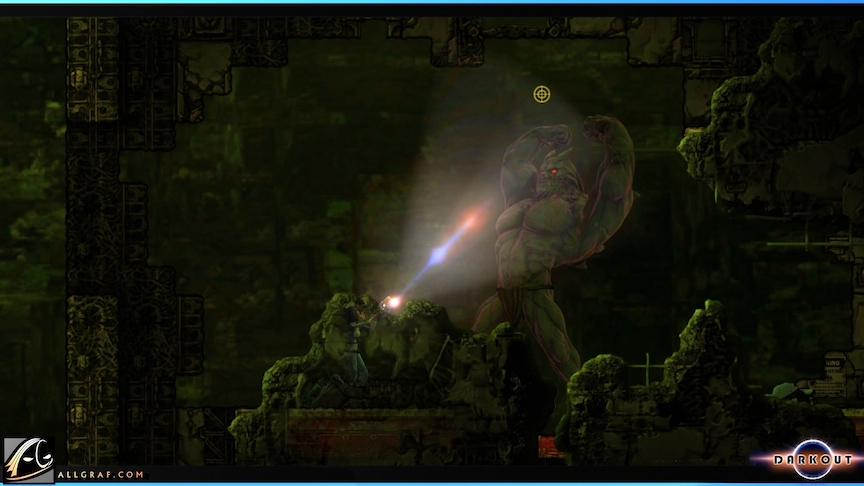 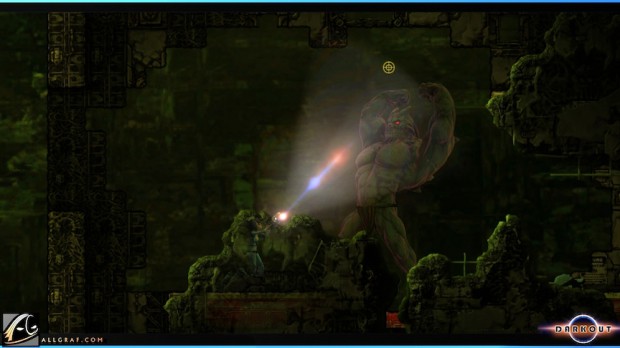 Leamington Spa, United Kingdom – 27 November, 2013 – Independent micro studio Allgraf today announced that its sandbox science-fiction action-release Darkout will launch on PC digital download channel Steam on December 4th. Set on a remote, undiscovered planet, Darkout features a sandbox environment, where players progress through randomly generated 2D levels as they research, build, and defend themselves against alien beings that roam the darkness. Darkout will be available on Steam from December 4th for $14 .99, £9.99, €11.99.

“Commencing with a stunning new intro, and offering a new cast of enemies with a deeper storyline, we are excited to announce the release of the first Darkout stage on Steam”, said Adrian Banninga, CEO of Allgraf, “We know players will savour this heart pounding survival experience and look forward to expanding the universe in future iterations.”

Darkout Stage 1 launches with a revitalised focus and polish that moves the genre to a new level. A new and intuitive storyline, including the introducing of a new male character, complete with voice overs creates an immersive play experience. The launch of a new item database, allows players to control every aspect of their game experience to ensure the best chance of survival, by improving performance with crafting, storage and containers. Stage 1 also includes the introduction of revamped AI and new lighting enhances mining and exploration on the surface and in the city.

As the sole survivor of an escape pod crash, Darkout presents the ultimate challenge – to survive a brutal life threatening post apocalyptic environment, deserted by mankind after disaster struck. The game’s sandbox technology presents randomly generated levels with austere settings where the fight to stay alive is just one objective. Players must research, build and defend themselves against alien, light-sensitive beings that become more hostile as night falls. Periods of twilight allow players limited security to explore, rebuild, craft weapons and gather resources, whilst developing personalised strategies to survive in a hostile terrain. Finding and interacting with items whilst assimilating intuitively presented stats screens must be strategically balanced for your ongoing welfare. Every decision has a consequence so you must keep one step ahead.

Multiplayer is currently in development to offer players more dimensions of gameplay and a competitive twist. Future stages in development will present an enigmatic and evolving storyline together with Underwater Biome, Sky Base, Feral Jungle, Penguin Drones, more Bosses, Unique Treasures, and much more as the Darkout universe expands to a captivating finale.

For information on Darkout please visit the official site: www.darkoutgame.com/