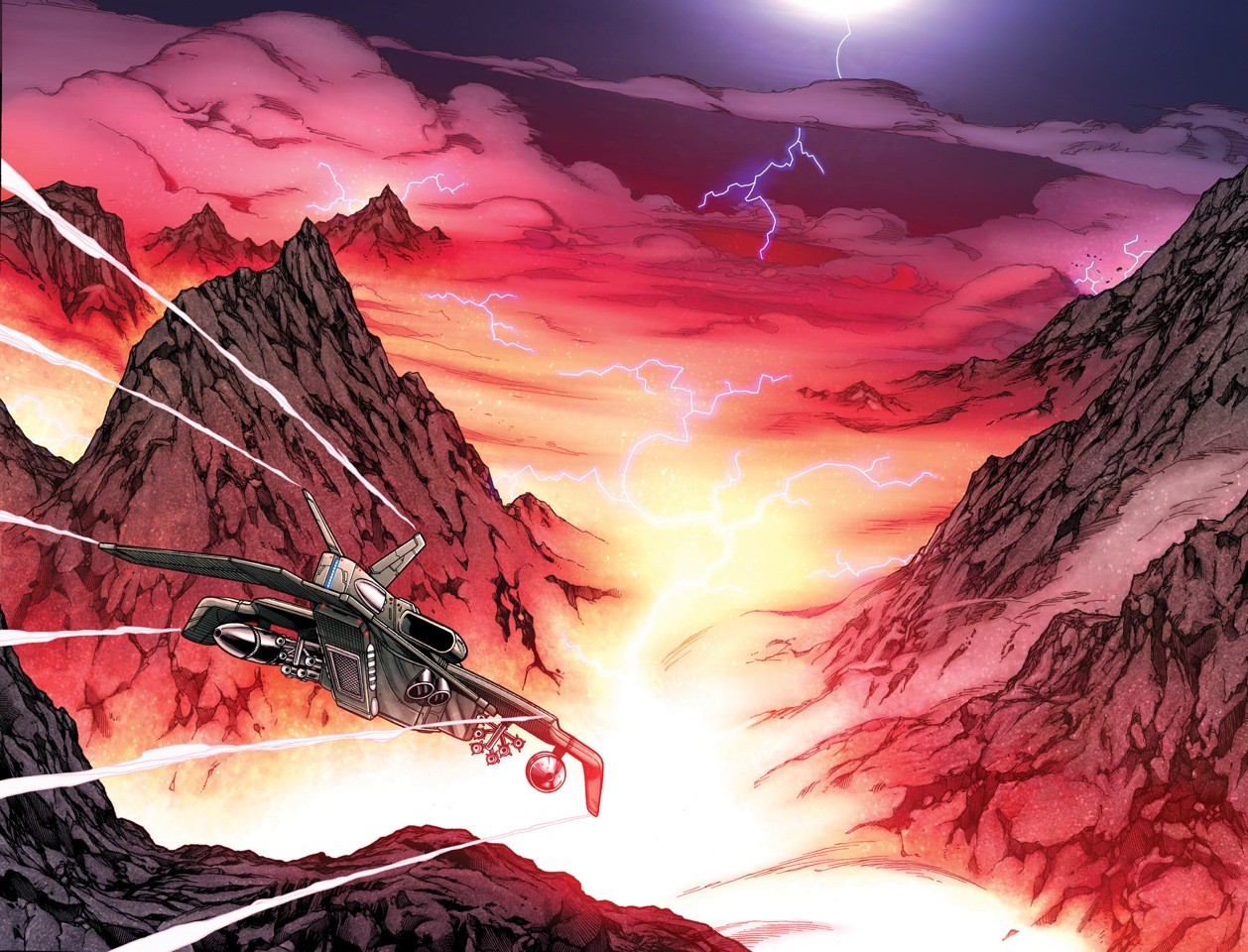 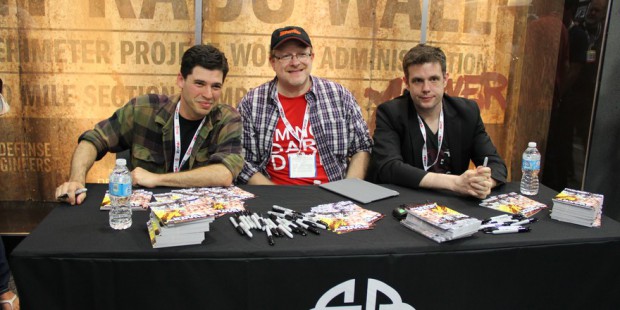 We got the chance to talk with Mark Waid, comics industry veteran and co-creator of the upcoming Shadow Walk graphic novel from Legendary Comics.

Q) You’re listed as the lead writer of Shadow Walk, but the story was created by yourself, Max Brooks, and Thomas Tull. What was that creative process like – who added what to the overall story concept? 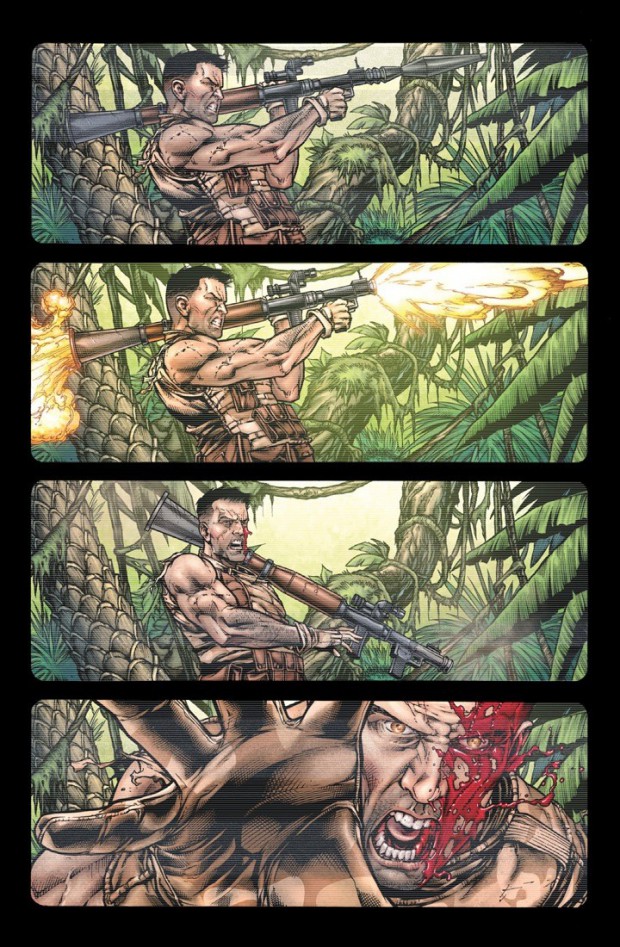 MW) Where it all started was that Thomas [Tull] had an original idea and a few scenes in mind – a few concepts which is what is if this mythical valley of shadows actually existed. He and Max Brooks had knocked it around at dinner at some point but and they decided on possibly turning the idea into a graphic novel. Bob Shrek contacted me and it wasn’t much more than a few, key scenes at that point. So, we all sat down at Tull’s office and started on it. At no point was I writing some sort of surprise move treatment  – they were very clear that this was to be a good, solid, stand-alone graphic novel. There was a possibility of turning it into something else down the road but they wanted to keep the integrity of the form. After that, it was simply a case of sitting in Tull’s office and throwing stuff around. Max Brooks took point and created this backstory of the valley and the mythos surrounding it. He is a really smart guy – he created a whole bible for us. I started writing the story, scene-by-scene. I have been in the industry for 25 years now and this was the longest story I have written yet.

Q) You have worked on a huge number of successful comic book franchises. How does your experience with Shadow Walk compared?

MW) It’s kind of exhilarating because you are not beholden to 60 years of continuity and you won’t be besieged by fans at a comic convention for your characters not acting as they think they should. Beyond that, without the years of canon and history to draw on, it helped me hone the characters and make them more layered.

Q) Obviously, the man is hugely talented, but what was it exactly about Shane Davis’ style that made him the man for the job of illustrating Shadow Walk?

MW) Thomas picked him and he knew, rightfully so, that Shane could draw both the sci-fi/military/technical side of things – give it this contemporary, hard edge, and he could also draw the monsters and horror stuff. For such a meek, mild-mannered guy, his eye is very chilling and through his own influences that he brought to the table, he was able to reinterpret some of the menacing creatures in a way that we might not have been able to. He has his own take on things and every page was some dark, disturbing thing that sprung from his imagination.

Q) Shadow Walk is due out on November 27th, 2013. How does it feel to be so close to launch and are you still currently working in that universe? 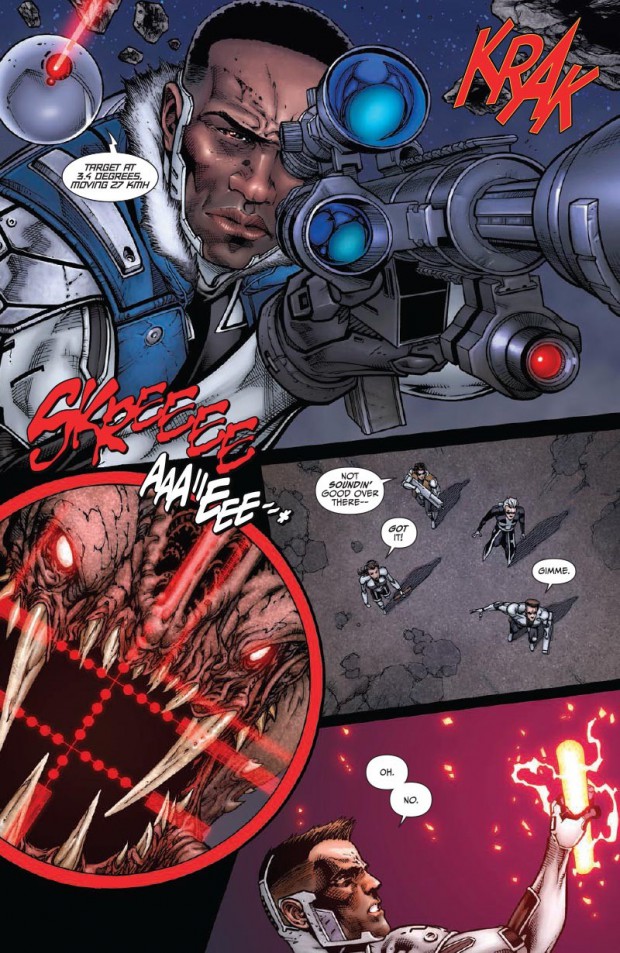 MW) Nothing concretely yet, but let’s just get this one out there and see what the reception is first. I don’t think anyone in their right mind, including me, would say no to doing more with it. I am proud of the fact that it stands on its own as a graphic novel.

Q) You have a lot of history in the world of comic books. What characters, heroes or villains, do you identify with and why?

MW) That’s a good question! One the heroes side I would identify with Superman, but that’s only because he is my favorite character. Truthfully, I think I am far more of a Penguin than a Superman or Batman.

Q) Obviously, the Marvel comic book universe has become a huge cash cow with its transition to film and television. Some say the company is ‘selling out’ or ‘dumbing down’ their IPs for a general movie going audience. Do you see comic book films and television as a good thing for the comic books industry?

MW) I’m all for it. I honestly don’t think it’s selling out or dumbing down anything. I think it’s just exposing the material to a broader audience. Working hip deep in this stuff for the last few years at Marvel – in all the meetings we have had, no one has ever wanted to dumb anything down. They just want us to tell our stories. If you look at the difference between the Marvel movies and the DC Universe ones – Batman accepted. The Warner Bros. guys seem to approach their comic movies like they are embarrassed by them. Marvel produces and makes their movies by people who grew up reading the stuff and embrace their material more. I think it translates better that way.

Q) Who would win in a fight: Iron Man or Batman?

MW) Batman wins every fight because he cheats! Batman cheats dude. I have no trouble believing that Bruce Wayne can whip up some computer virus that would disable Iron Man from within. All it takes is one bat-a-rang with a special nano bot microchip strike in it and Iron Man is down for the count.

We wanted to thank both Mark Waid and the rest of the folks at Legendary for making this interview possible. Be sure to look for Shadow Walk when it launches on November 27th! 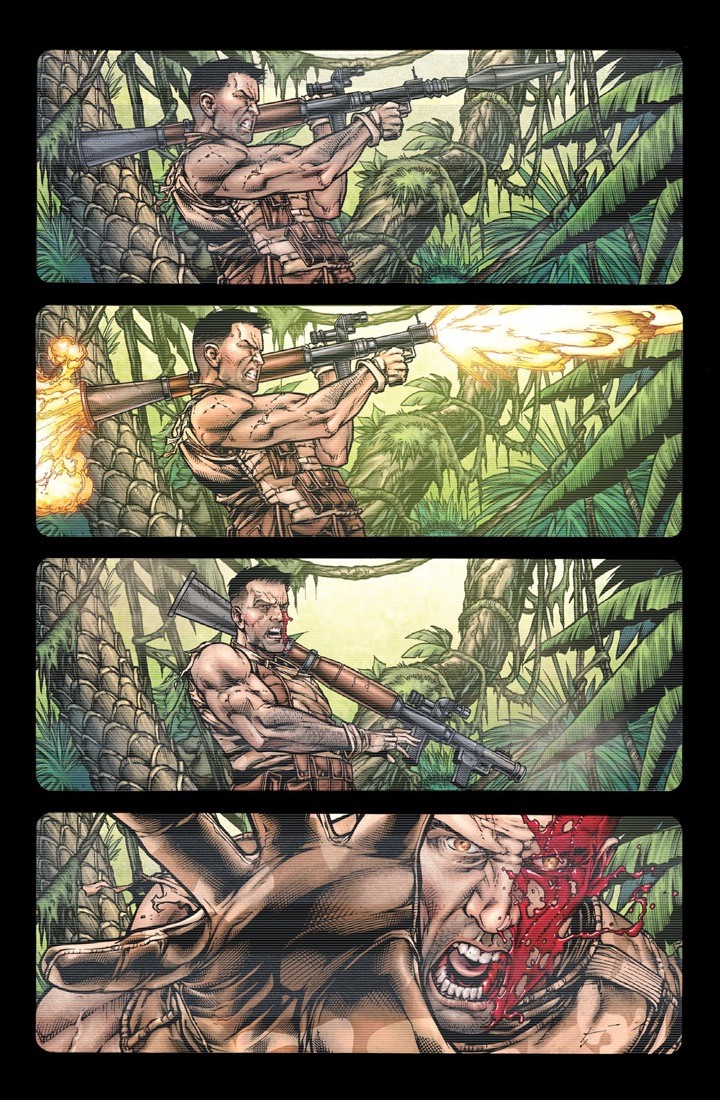 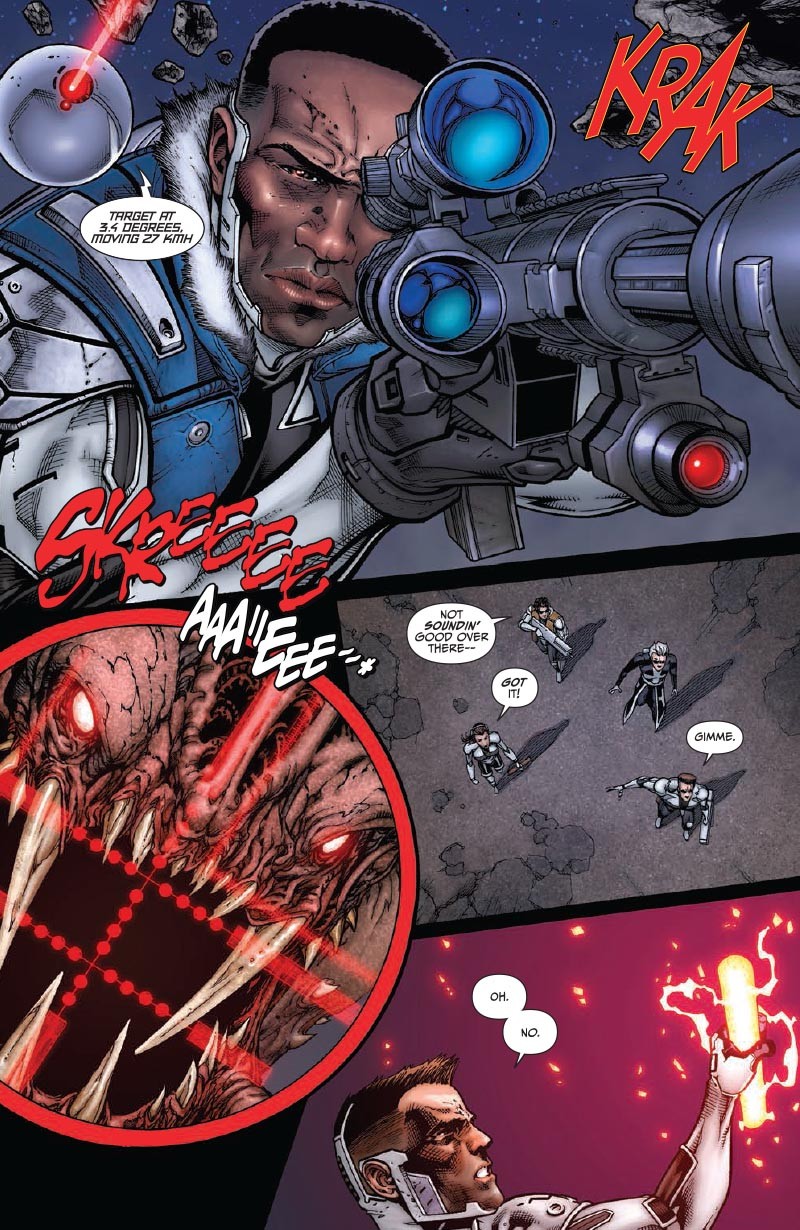