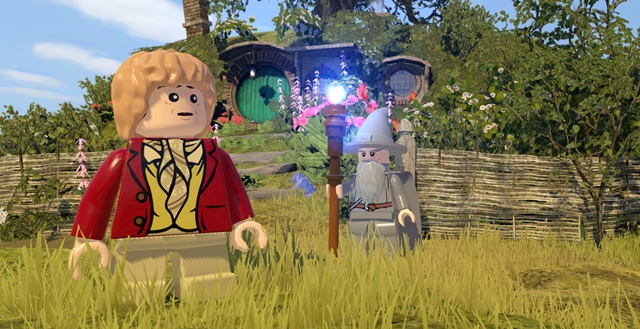 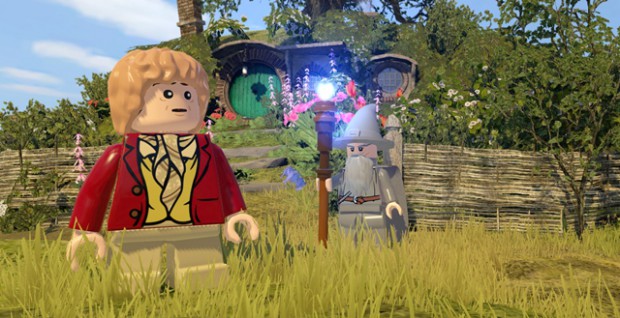 LEGO The Hobbit will be based on the first two films of The Hobbit Trilogy, The Hobbit: An Unexpected Journey and the upcoming The Hobbit: Desolation of Smaug, a production of New Line Cinema and Metro-Goldwyn-Mayer Pictures (MGM), opening worldwide beginning December 13, 2013.  Following the storyline of the first two films, LEGO The Hobbit will take players on quests throughout Middle-earth, joining Bilbo Baggins, Gandalf the Grey, and Thorin Oakenshield and Company in their exciting adventures toward the Dwarven Kingdom of Erebor.

“We are thrilled to depict the characters and environments of Peter Jackson’s Middle-earth in LEGO form with the LEGO The Hobbit videogame,” said Tom Stone, Managing Director, TT Games. “Our family-friendly take on these thrilling adventures will have kids and parents playing and laughing together as they build and explore in LEGO Middle-earth.”

In LEGO The Hobbit, kids and families will be able to take on the form of their favorite Hobbit characters, including Bilbo, Gandalf, and all of the Dwarves: Thorin, Fíli, Kíli, Óin, Glóin, Dwalin, Balin Bifur, Bofur, Bombur, Dori, Nori and Ori.  Each has his own special – and quite hilarious – ability: For instance, Bombur can be used as a trampoline that enables his companions “belly-bounce” out of danger!

Players will visit key locations from the films, including Bag End, Bilbo’s Hobbit-hole in Hobbiton, trek through the treacherous High Pass over The Misty Mountains, and explore the depths of Goblin-town, Mirkwood and Rivendell. Along the way, players will solve countless puzzles, partake in Treasure Quests and battle with Orcs, Trolls and fouler things.  They will also be able to mine for gems, discover loot from enemies, and craft powerful magical items or build immense new LEGO structures.

LEGO The Hobbit is currently being developed by TT Games and expands on the play themes introduced in the brand new LEGO® The Hobbit toy collection.  For more information, please visit: http://thehobbit.LEGO.com.