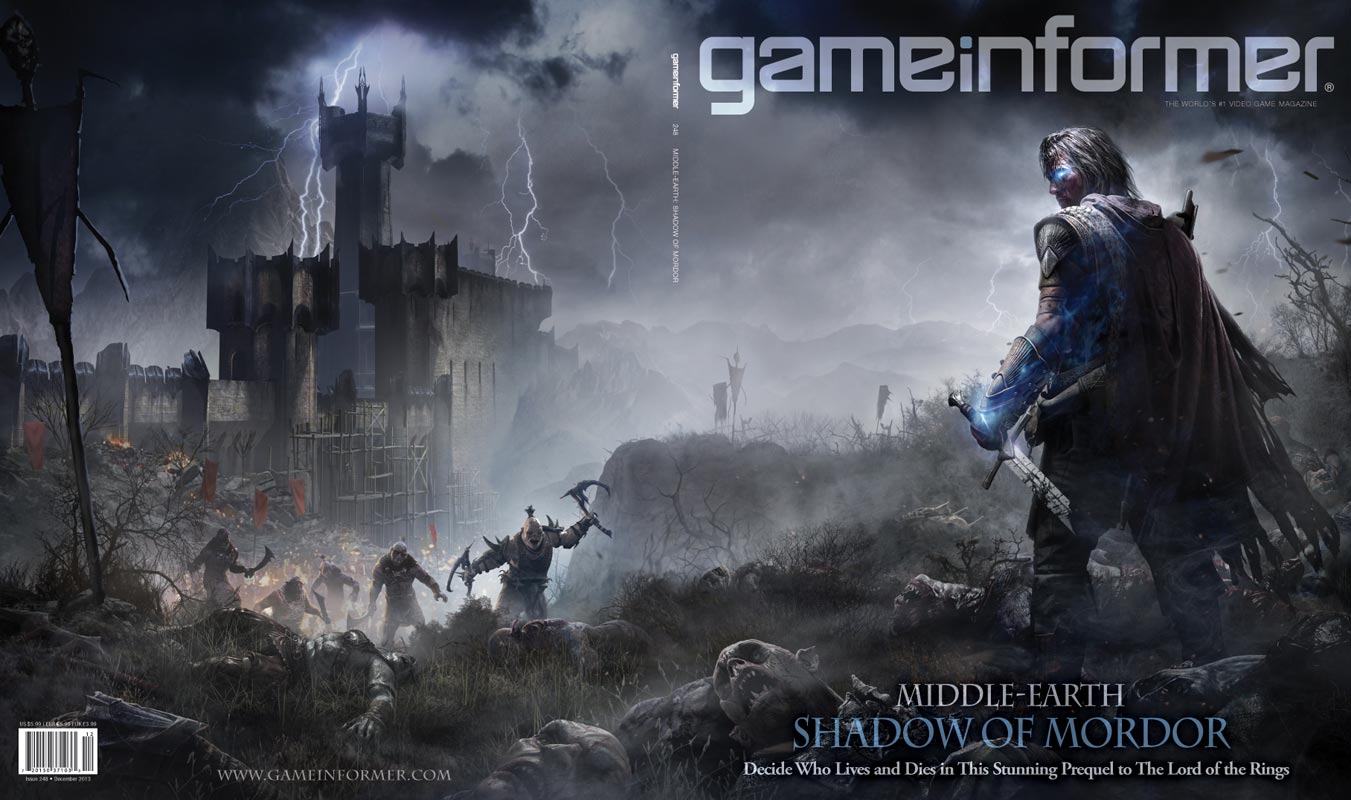 In Middle-earth: Shadow of Mordor, gamers take on the role of Talion, a valiant ranger whose family is slain in front of him the night Sauron and his army return to Mordor, moments before his own life is taken. Resurrected by a Spirit of vengeance and empowered with Wraith abilities, Talion ventures into Mordor and vows to destroy those who have wronged him. Through the course of his personal vendetta, Talion uncovers the truth of the Spirit that compels him, learns the origins of the Rings of Power and ultimately confronts his true nemesis.

“In Middle-earth: Shadow of Mordor, players will explore the dark and very personal theme of vengeance in a world where decisions have a consequence, and those consequences persist even after death,” said Samantha Ryan, Senior Vice President, Production and Development, Warner Bros. Interactive Entertainment. “The game introduces new gameplay mechanics to the action genre, creating opportunities for emergent and customized gameplay that will be rewarding for players.”

Every enemy that players face is a unique individual, differentiated by their personality, strengths and weaknesses. Through the Nemesis System, enemy relationships and characteristics are shaped by player actions and decisions to create personal archenemies that remember and adapt to the player and are distinct to every gameplay session. Gamers are able to craft their own battles, enemies and rewards within the dynamic world that remembers and adapts to their choices, delivering a unique experience to every player.

Middle-earth: Shadow of Mordor is under development by Monolith Productions. The team has collaborated with Middle-earth Enterprises, Peter Jackson and the artists at Weta Workshop to ensure that the settings, characters and story align authentically within canon. For more information, visit www.ShadowofMordor.com, Facebook.com/ShadowofMordor and Twitter.com/Middleearthgame.