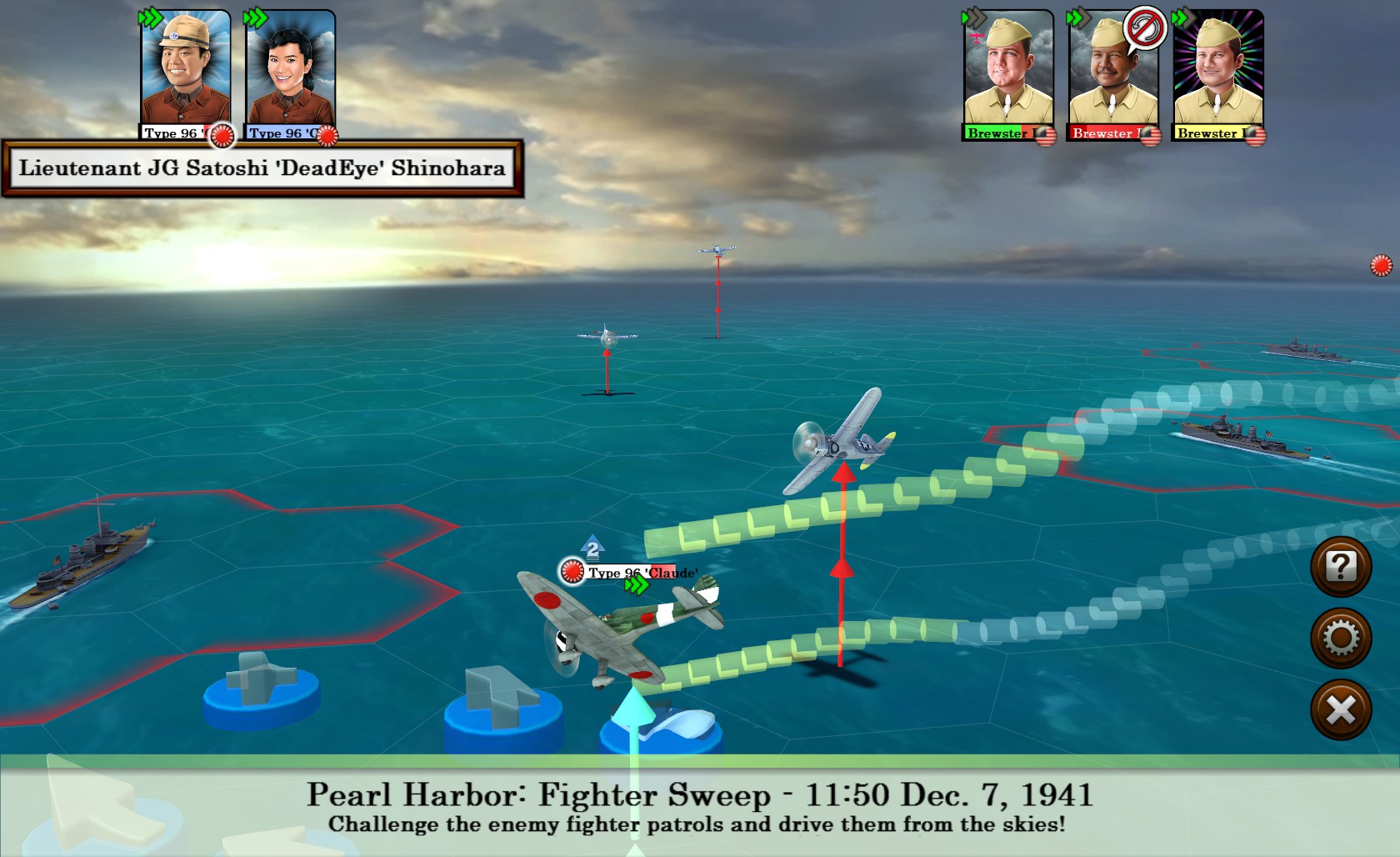 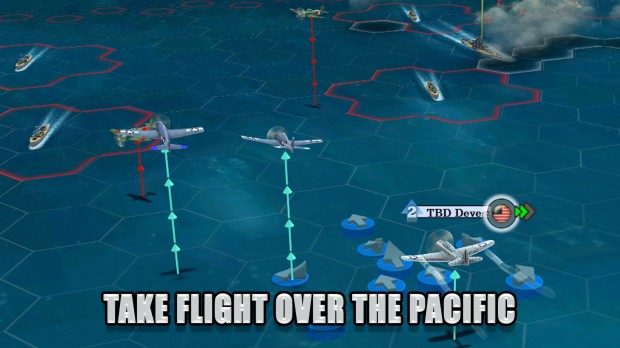 Sid Meier’s Ace Patrol: Pacific Skies was a surprising pleasure to play. It is hard to imagine a turn-based dog fighting game as being particularly exciting – generally, when you think of the action in a dog fighting game, it is the enemy doing a high speed pass and strafe as you try to climb on their six and let loose with your guns. You still get to do that in a way, just in a top down more strategical sense.

Description:
Take flight over the treacherous Pacific waters where ace pilots redefine historic World War II battles! Skillfully pilot the most iconic American and Japanese fighter planes of the Pacific War while representing the army or navy. Upgrade your fighters and promote your leading pilots so they master new skills needed to ambush an enemy VIP, rescue POW pilots or torpedo bomb enemy targets! Can you turn the tide of war? Or will you go down in flames to an enemy ace? 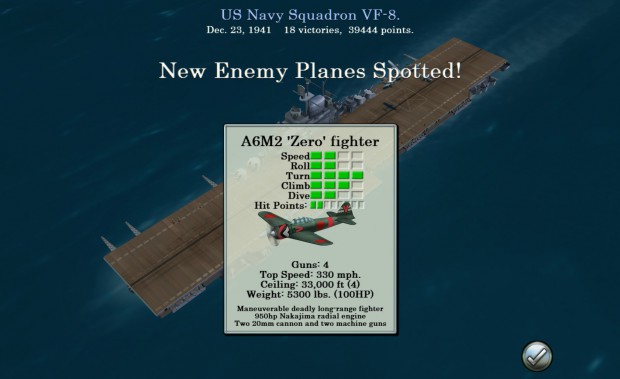 Hands On:
This time you are trading in your biplanes for the dogs of WWII as you fight the Japanese using all the aerial maneuvers of some of the best aircraft ever built for sky combat.
You start the game with a rookie crew, two of which get a specialty and two of which have to earn them down the road. You select a nation and armed force, how difficult you want the game to be between easy and impossible then you start turn-based strategic gameplay to see just how well you hold up against the AI or if you choose a friend who can take turns at the keyboard. When you get a hit it cuts to a short animation showing your attack before going back to top down battle. You have a beginning set of moves you can do such as banking left and diving but you learn ace tricks and gain such abilities as being able to do a loop or a roll. In early missions these don’t prove so necessary but it later ones it can mean the difference between winning or splashing down.

Players can concentrate on leveling just one or two of your pilots but it is best to get your whole four man squadron some stick time otherwise you might find yourself needing to take up three pilots in later missions and only having two that aren’t green. The gameplay is hexagonal turn-based with limited movement, it doesn’t tell you that action points are being used but if you have played the Jagged Alliance series or many of the other Sid Meier titles this is quick and easy to pick up and surprisingly addictive for what seems like simple turn-based play. 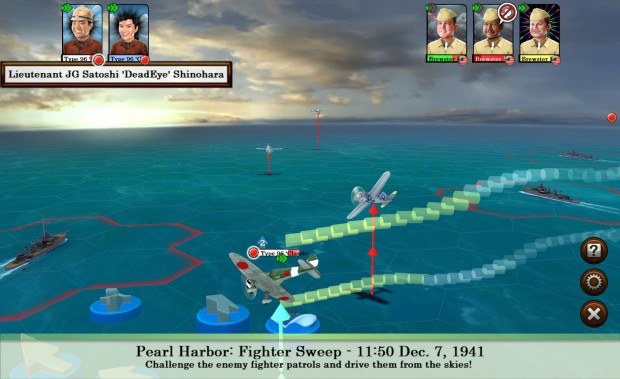 Last Call:
Sid Meier’s Ace Patrol: Pacific Skies isn’t an original gameplay or concept because it doesn’t have to be. Fans of this kind of strategic hexagonal turn-based action will eat this game up and come back for seconds, thirds, heck there are four air forces to choose from and multiple difficultly levels, replay is practically guaranteed for fans of this genre. Count me among them, I plan to go back and test my metal in the Pacific skies again real soon.