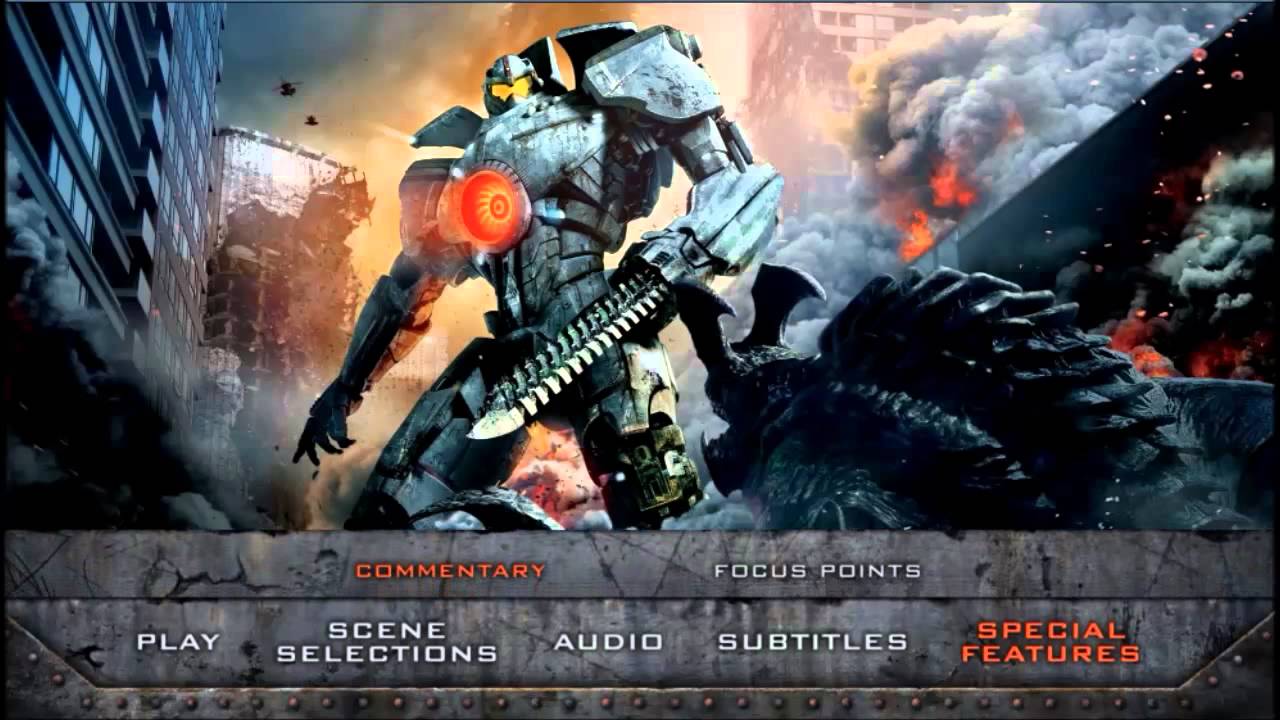 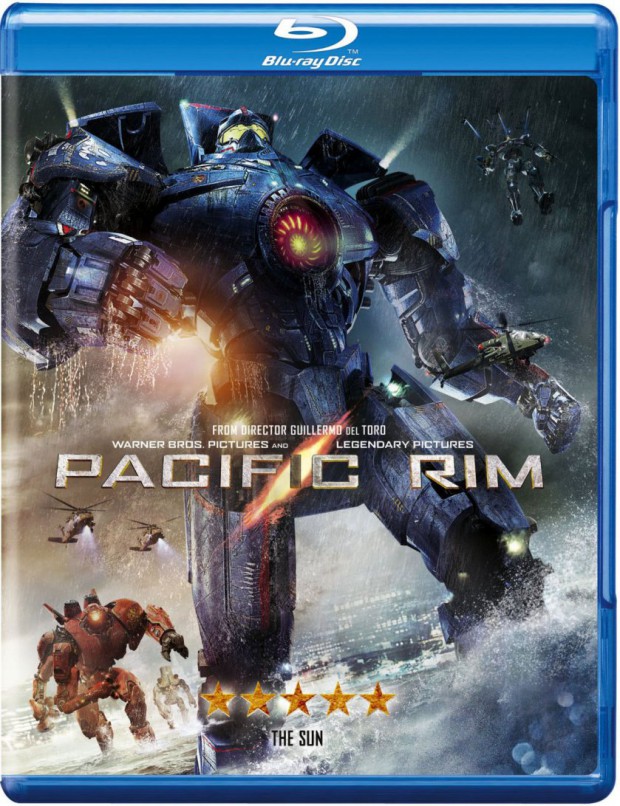 I am a huge fan of the film Pacific Rim. I saw it twice in theaters – each time in IMAX 3D as I felt that the spectacle was something that would make full use of the format. Thankfully, I was right and enjoyed the second time viewing the film even more than the first. For those of you who haven’t seen the film, the basic synopsis is that giant “Kaiju” (large monsters) are wreaking havoc on mankind after periodically coming out of a rift in the Pacific Ocean. To fight them, mankind has built “Jaegers” – giant robots piloted by two people who share the neural load of controlling the large machine.

Now it’s November and I have had the chance to check out the Blu-ray edition of the film which, coincidentally, also includes a DVD and digital copy to boot. However, the Blu-ray is where I will focus my review as that is where I found the most interesting features to be. The most interesting feature to be found on the Blu-ray is the “Drift Space” bonus which showcases the drift sequences of various characters from the film slowed down a bit to illustrate more of their backstories. Another cool thing to listen to while watching the film is the audio commentary by Guillermo Del Toro. He goes above and beyond to explain the development of the film and gives a lot of good insight into the film’s plot. 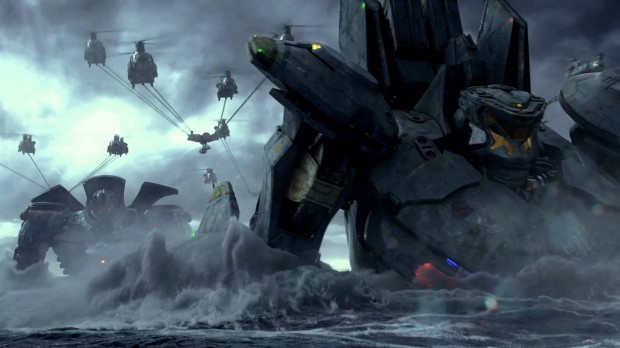 The quality of the Blu-ray’s video and audio are simply outstanding. A shot of the Gipsy Danger shaking off some of the water pouring down on it at the beginning of the film once again gave me goosebumps. The crisp and detailed visuals blew me away. Additionally, I was so impressed by the 5.1 channel surround sound that I would consider using Pacific Rim as a sound demo disc. The disc will also support 7.1 channel sound, but I don’t have that kind of system to test it on. Additional features of note include a funny blooper reel, some deleted scenes, and a collection of production and concept art to peruse. Focus Points is a collection of small featurettes, each covering a specific topic. One looks at the history of Kaiju in film while another examines the design process of creating the film’s Jaegers.

Finally, if you are a fan of Pacific Rim or visually-stunning movies in general, you owe it to yourself to pick up the Pacific Rim Blu-ray combo pack. I should note that the version we looked at only had the 2D Blu-ray version. There is a combo pack available that also has the 3D Blu-ray disc in it, so select carefully depending on your home theater equipment.