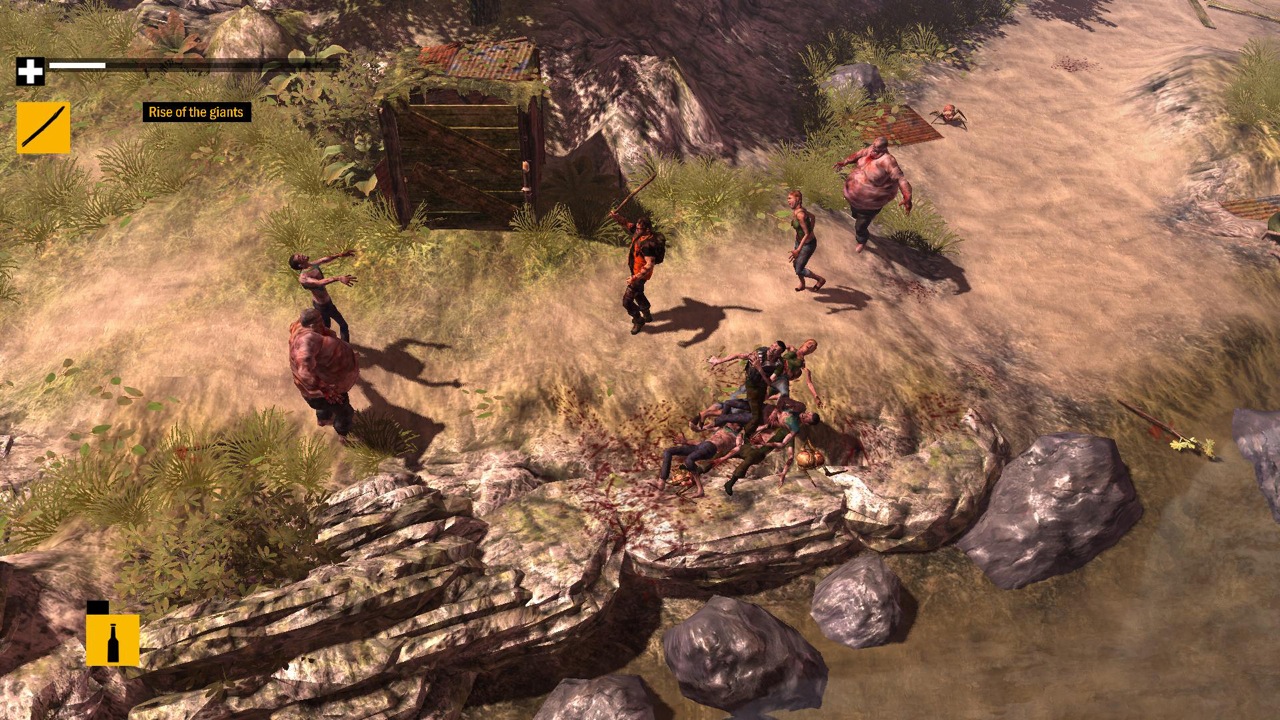 How to Survive – A Review (XBLA) 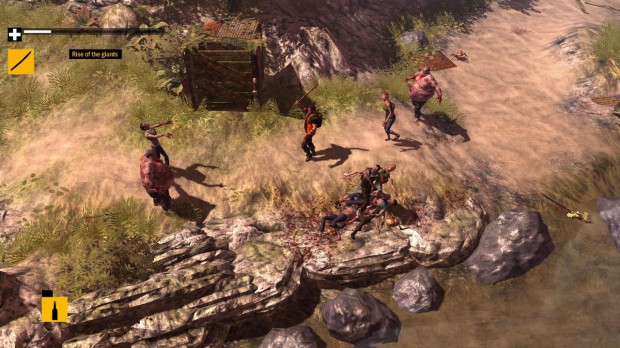 Zombies have become one of the gaming industries’ go-to villains these days. It seems like zombies have supplanted Nazis, aliens, and Communists as the number one thing to kill (again). Well, that brings us to EKO Studios and 505 Games new game on XBLA, How to Survive. With what boils down to be a game that is a mash up between Lost, Dead Island, and Hitchhiker’s Guide to the Galaxy, How to Survive is entertaining enough for the few short hours that it lasts to recommend to fans of the zombie genre. With an isometric view of the action, decent crafting system, and “need” bars to represent your body’s requirements, How to Survive comes out as a average yet solid zombie game in the great mass of zombie games that are available to you.

How to Survive begins with you selecting one of three characters, each falling into the three generic archetypes for these types of games; ranged expert, melee expert, and tank. You survive a plane crash and wake up on a strange island, surrounded by corpses. The player then meets the first survivor, who starts to fill the player in with what is loose on these island; zombies. You are then tasked with located the parts and other survivors in order to get off the island with your brains intact. The rest of the story for How to Survive is pretty much just you, running around an island with unlimited amounts of zombies, trying to either collect items or talk to people to move onto the next island, with the ultimate goal to escape.

How to Survive starts you off with very little story, then proceeds to not build on that for the rest of the game. Part of what makes zombie games or other media so enthralling is that the zombie story line gives the developers and writers the chance to build great personal narratives for their characters. These personal narratives come from the fact that the zombie apocalypse is more of a slow burn catastrophe rather than something that has an intelligence behind it that is hellbent on destroying the characters. How to Survive does not take this into account and never really develops the players’ characters much more then someone who is driven to get the hell out of the area.

The only person in the game with any type of personality is Kovac, the oldest survivor on the islands that has developed a self help book from which the game gets its title. Voiced as a hardened Russian, Kovac helps the character through a series of tutorials that are scripted like reading a Zombie Survival Guide for Dummies. These guides are done in a very similar vein to the Hitchhiker’s Guide to the Galaxy, giving out information without really taking itself too seriously. I, personally, liked the sense of humor of this character and these guides, but they did not add anything to the overall story line nor really feel like they belonged in the game at all. It was a nice attempt by the developers to get some humor into the game, but it would only appear in these sections and never carried over to the rest of the game.

How to Survive falls into the twin stick, isometric shooter genre with most of its game play elements. The player controls the movement with the left stick and the aiming of the character with the right stick. This allows you to move in one direction and fire off rounds into another. It took me a little while to get used to it, but once you do it feels pretty good. You also have a sprint button to use when things get out of hand. You can only sprint for a short period of time before the bar runs out, but it is enough to get you out of most jams. Items that you have found can be used from the main screen if they are hot keyed and ready to go. You better give yourself some room, though, before you use that healing pack since it does take time for it to work.

Items can be found all over the islands as you progress through the game. Most of these items are materials that can be used in How to Survive’s crafting system to make better items, while others make the job much more manageable. Crafting will require certain materials, blue prints and work tables to complete, but these are easily located throughout the games, and the islands are fairly small to begin with, so walking between points doesn’t take too long. The crafting system works well to a point, but becomes redundant once you have crafted a solid weapon to kill zombies with. There isn’t any reason to make the bigger and badder guns in the game, when a trusty rifle will take care of most things with one, satisfying shot. 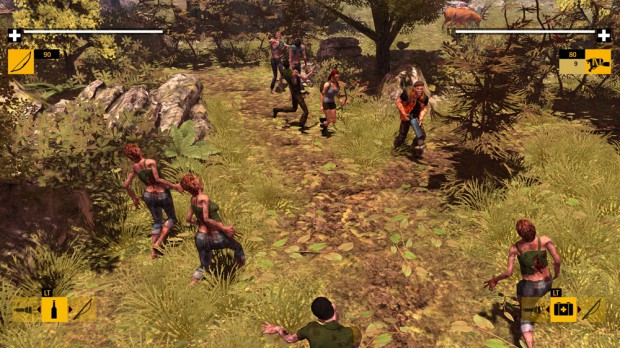 Other materials that are found help you survive the island, like bottles, fruit, and safe houses. These come into play with the character’s three needs: thirst, hunger, and sleep. You will have three bars near your health that will progressively decrease over time. During your forays into the wild, you will have to keep an eye out for wells, collect and cook food, then take naps in safe houses to keep up your strength. Nice idea, but like the crafting system, with a few points in the skill trees these become insignificant and forgettable. Whenever you do need to take a nap or get a drink, the resources are never too far off.

How to Survive also has a diurnal game play element that players need to be aware of. As night falls on the island, the tougher monsters come out to try to eat your face. These monsters look more like feral zombies then the other zombies on the island, and are much tougher and faster creatures. The good news is that these creatures fear the light, and you have a flashlight. Keeping them at bay with the flashlight, then using a ranged weapon will take care of these monsters and allow you to continue to forage at night.

How to Survive is set up with an isometric view, which can be troubling at times. You will loose your player behind certain landscape items, and if you are surrounded, it becomes a headache to see what you are doing or where to run to safety. The character and zombie designs are very generic, and the special zombies seem to be borrowed from other games. There are fat zombies that will blow up ala Left 4 Dead, and the special zombies that come out at night remind me of some creatures from the Resident Evil series.

The music and voice acting does the job without winning my heart, nor making me reach for the mute button. Kovac is voice acted a little over the top for my taste, but it fits in with the aesthetic that the developers were aiming for with the survival guide humor. When it comes to the sound design, this switch in atmosphere just doesn’t quite work out for me, and feels out of place with the rest of the tone. I think I would have preferred the developers to choose one path for their voice acting and story tone, then try to ride the line between humorous and serious.