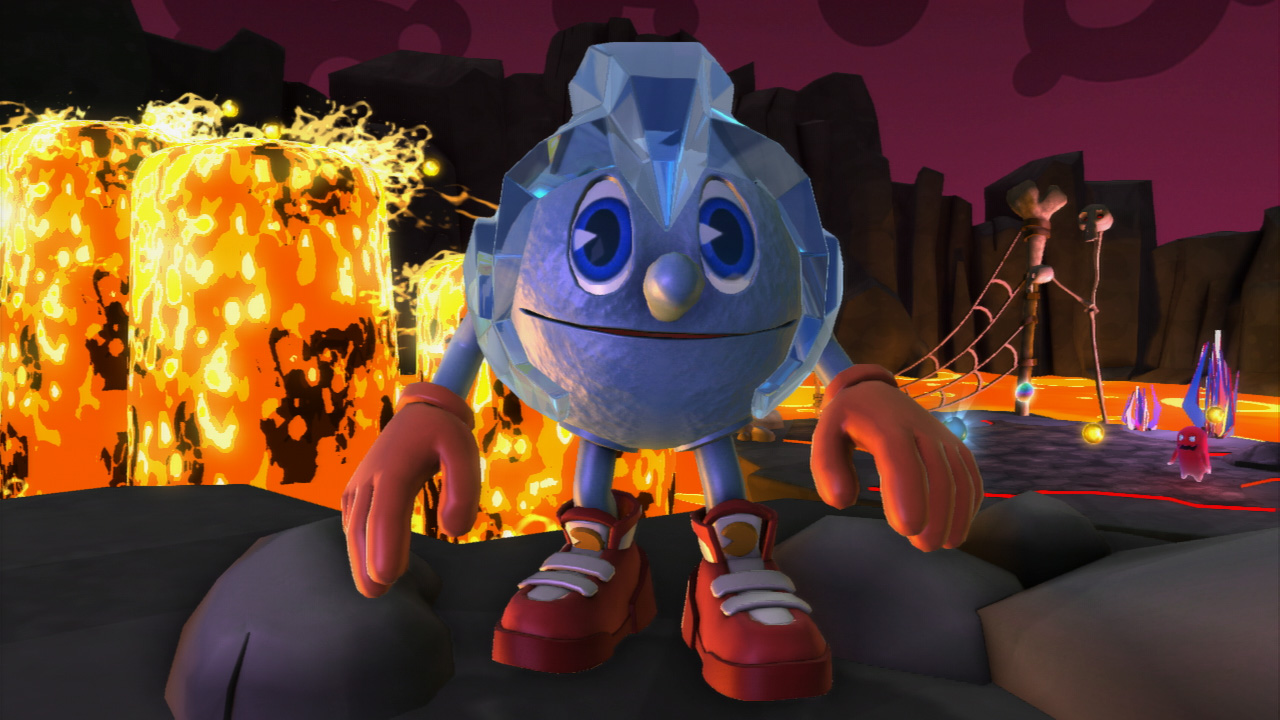 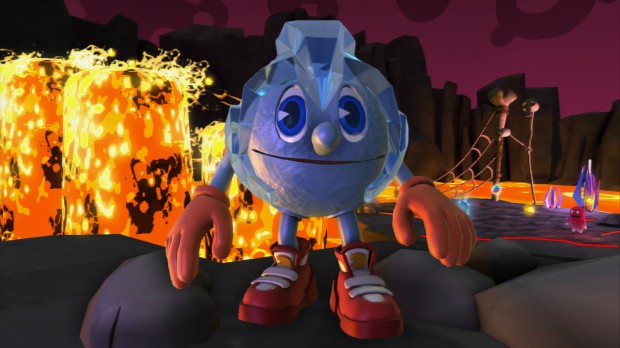 Throughout the journey, PAC-MAN can be granted special, elemental powers to battle his foes – such as fire or ice-based abilities. These help break up the platforming and allow the titular character to actually be able to do some damage. The overall level design is colorful and decent – especially once you break free of the more tedious, early levels that the game puts your through. Weirdly, PAC-MAN takes on many different forms that I had not been aware he was able to do so (e.g. a giant boulder). The whole game feels a bit to me like a strange “trip”, if you get my meaning, but I think the kiddies will dig it a lot.

In a cool bit of Halloweeny goodness, the character of PAC-MAN is actually found to be somewhat disturbing in the game. I remember as a kid simply putting quarters into the arcade machine and happily-making the little yellow guy eat pellets and ghosts. Seeing him in 3D and hearing the dialog about him planning to eat his opponents borders on the macabre. But, I digress!

Overall, PAC-MAN and the Ghostly Adventures is a decent 3D platformer geared towards young kids who are fans of the TV show. It doesn’t tread any new ground in the genre but competently handles what it sets out to do. The game is available on both the PlayStation 3 and Xbox 360 platforms, and there is also a version out there for the Nintendo 3DS. 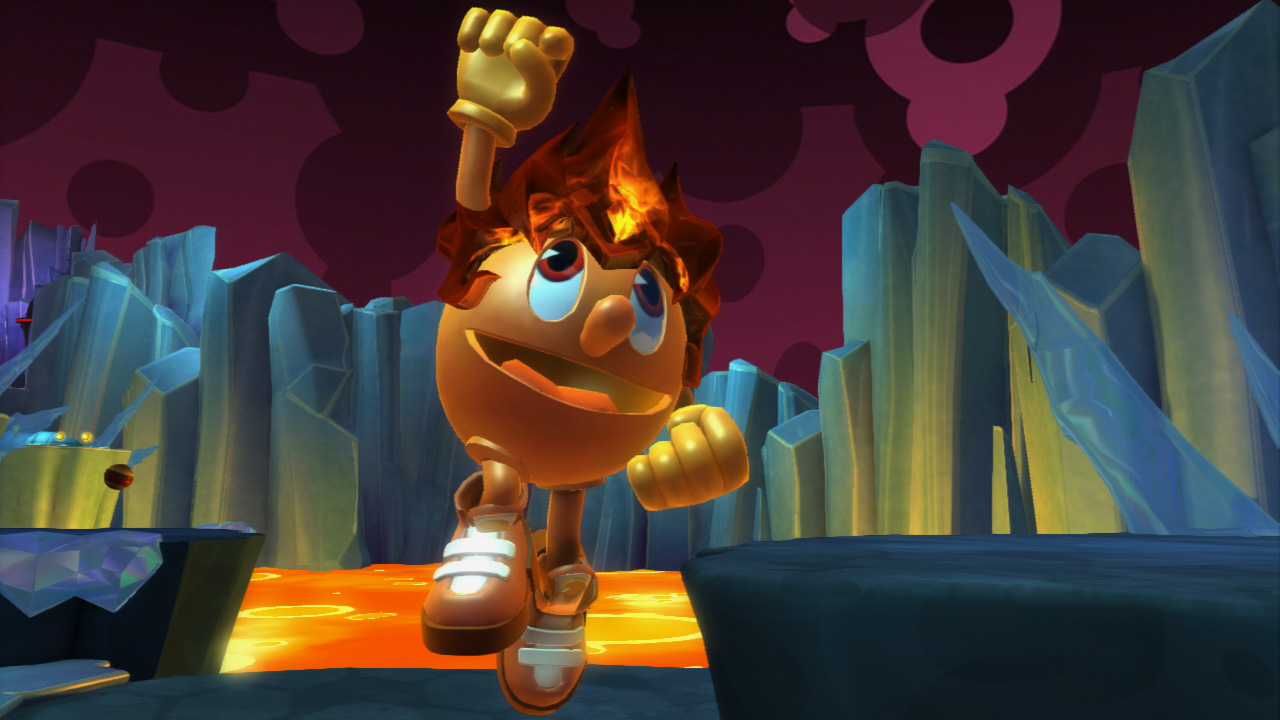 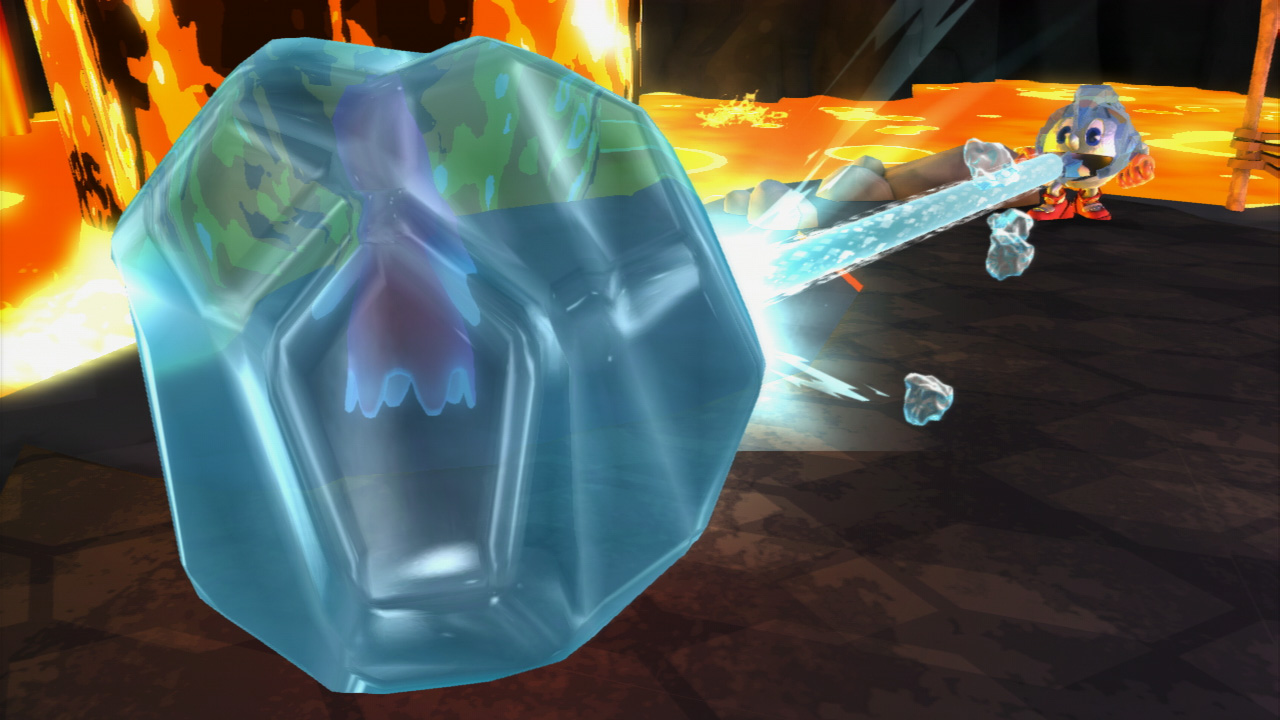