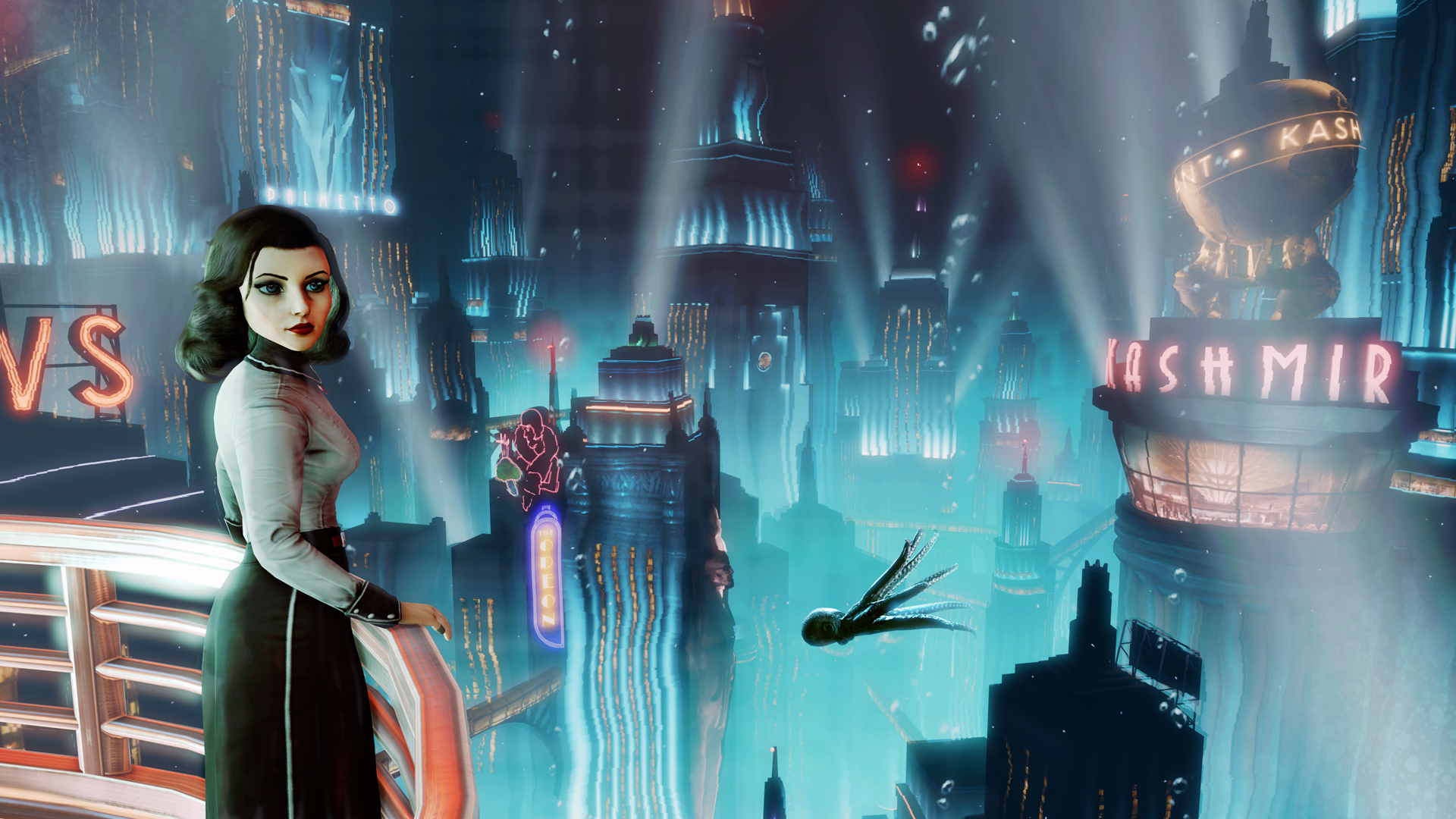 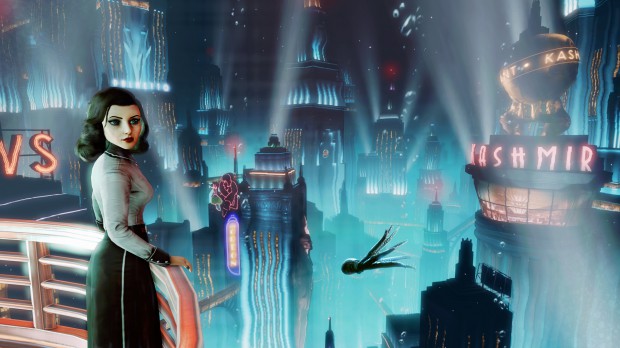 BioShock Infinite: Burial at Sea – Episode 1, developed by Irrational Games, the studio behind the original BioShock and BioShock Infinite, features Rapture as you’ve never seen it before—a shining jewel at the bottom of the ocean, built almost entirely from scratch in the BioShock Infinite game engine. Join Booker and Elizabeth in a film noir-style story that places them in a shining, pristine Rapture on the eve of its fall from grace. Explore the underwater city, try your hand at a grift or two, and even encounter some old “friends” from the original BioShock.

The combat experience has been rebalanced and reworked with a greater emphasis on stealth and resource management that merges the best parts of BioShock and BioShock Infinite. It includes a new weapon, an old favorite weapon from the original BioShock, the return of the weapon wheel, a new Plasmid, new Gear, and Tears.

BioShock Infinite: Burial at Sea – Episode 1 will be available via online marketplaces on all participating platforms starting November 12, and can be purchased separately for $14.99, or as part of the BioShock Infinite Season Pass. The Season Pass, which is currently available for purchase, contains $35 of playable content for $19.99, including both Burial at Sea episodes, the previously released Clash in the Clouds add-on pack, as well as the Early Bird Special Pack that has powerful weapon upgrades, exclusive gold weapon skins, and infusion bottles to upgrade player abilities.

“This is a love letter to the fans, but it’s also the beginning of a story that will give gamers a new perspective on the BioShock universe,” said Ken Levine, creative director of Irrational Games. “With Burial at Sea, we built a Rapture not from BioShock and BioShock Infinite scraps and pieces, but with environments almost entirely crafted from scratch.”

Still in development at Irrational Games, and also included in the Season Pass, is BioShock Infinite: Burial at Sea – Episode 2, which brings gamers something they have been asking for since they first met the character of Elizabeth: the chance to see the world through her eyes and face challenges as she would. In this second episode of Burial at Sea, players will experience a new storyline, and a new stealth-oriented gameplay experience.

The previously released add-on content pack, Clash in the Clouds, allows players to take Elizabeth and Booker through a series of unique and intense challenges, and combine the diverse toolset of weapons, Vigors, Gear, Tears and Sky-Lines in all-new ways. This combat-focused content features 60 Blue Ribbon challenges in four stunning new environments. By completing challenges, players will delve deeper into the world of BioShock Infinite via the Columbian Archeological Society, gaining access to Voxophones, Kinetoscopes, concept art and more.

BioShock Infinite is rated M for Mature by the ESRB and is available now for the Xbox 360, PS3™, Mac®, and Windows PC. For the latest news and information on BioShock Infinite, become a fan on Facebook and followIrrational Games on Twitter.

* BioShock Infinite is not included in this add-on content, but is required to play all of the included content.