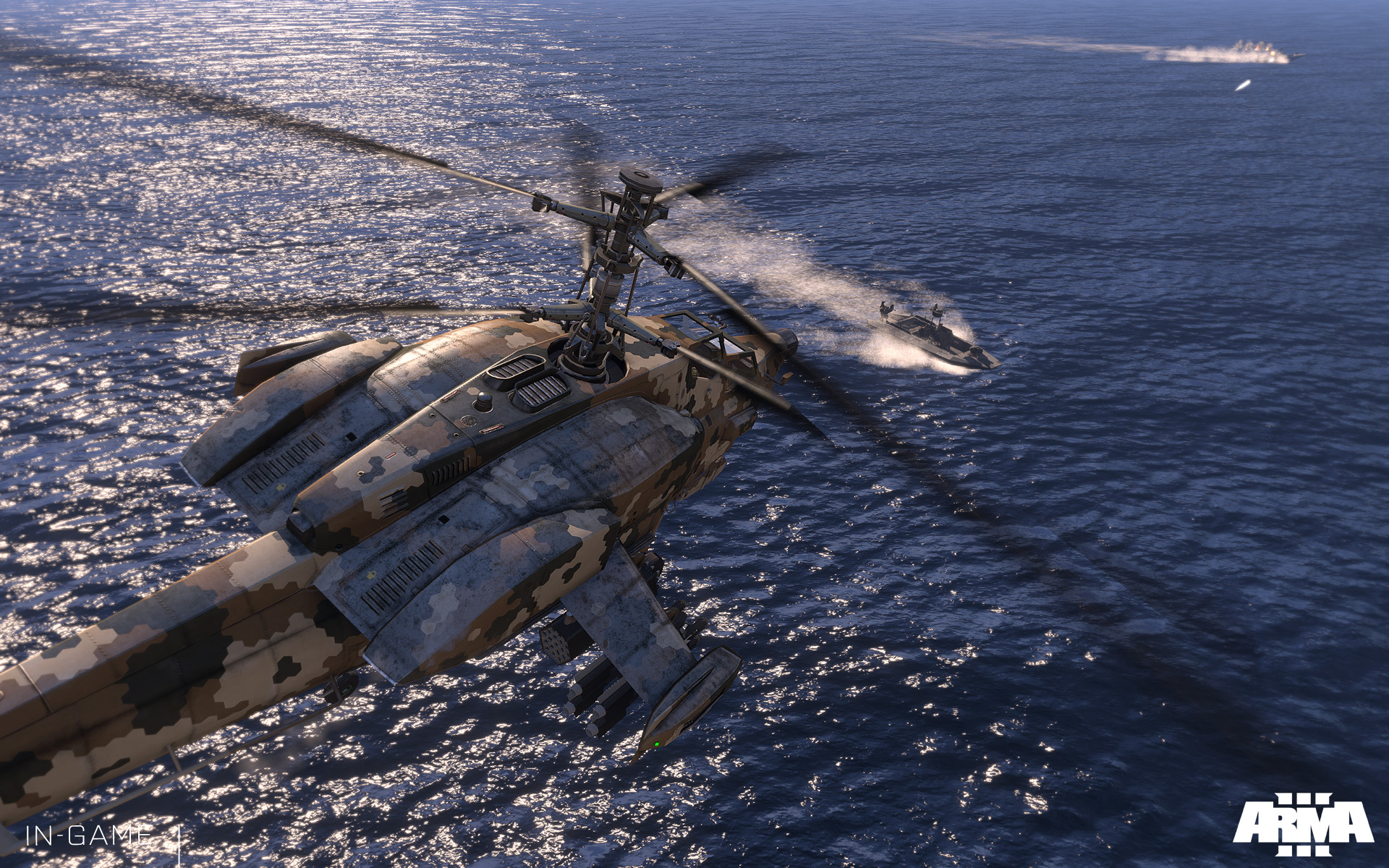 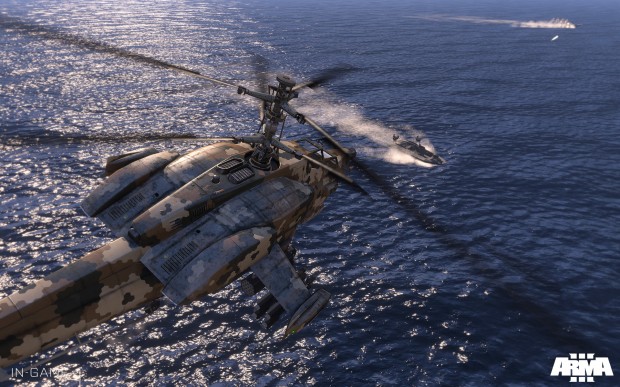 The Community Guide series opened with a more general introduction to Arma 3, whereas the second and third Community Guide took a closer look at infantry combat and multiplayer teamwork. The fourth video celebrated a milestone in development, as the game transitioned from Alpha to Beta. The latest Community Guides focused on helicopters and sniper and launcher teams.

Arma 3 is now available for purchase on Steam and Store.bistudio.com for 44.99 EUR/39.99 GBP/59.99 USD. There is also a Digital Deluxe Edition available, which includes digital extras such as the Arma 3 soundtrack, a map of Altis, the Tactical Guide (300+ pages), and a Steam version of Arma: Cold War Assault. A boxed version of Arma 3 is sold at many of the major retailers.