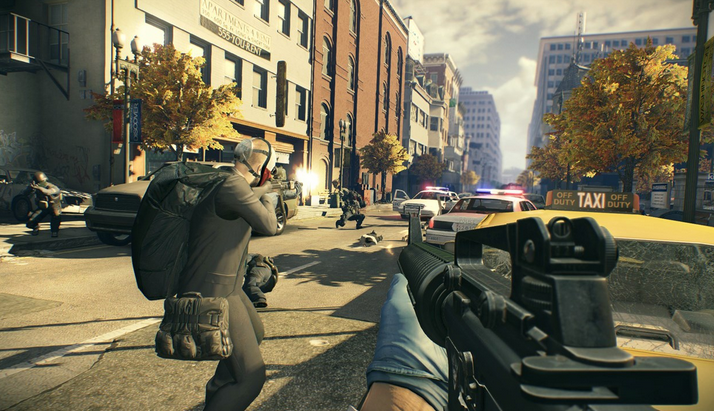 I was lucky enough to get into E3 a few years back and one of the games that just seemed to come out of nowhere, but impressed the pants off me, was PAYDAY: The Heist.  It wasn’t the guys in suit jackets and masks by the demo consoles; It wasn’t the cool, swag masks (though I still have and wear mine sometimes while playing); It was that the game was something out of just about every guy’s secret dream: to be involved in a big heist.  It is why we eat up heist movies, whether they be stealthy and funny like Ocean’s Eleven or balls to the wall intensity like Heat. To paraphrase Dan Cook, we all want to be walking down the street shot in the leg yelling “where’s the van?” while carrying machine guns.  The reality of it is these real life moments seldom end well, so it was great to reenact these movie moments at the safety of a computer!  I played the heck out of PAYDAY: The Heist, so when PAYDAY 2 came along all I could say was “you’ll never take me alive, copper!” 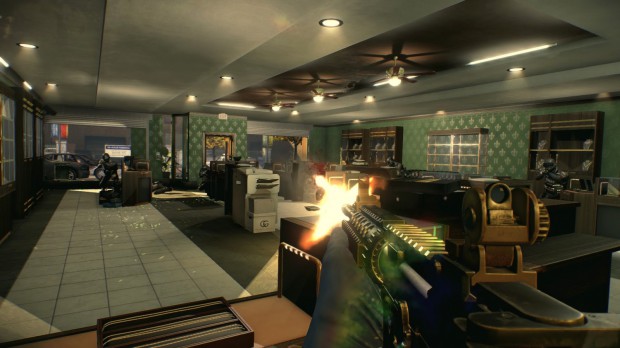 Description:
PAYDAY 2 is an action-packed, four-player co-op shooter that once again lets gamers don the masks of the original PAYDAY crew – Dallas, Hoxton, Wolf and Chains – as they descend on Washington DC for an epic crime spree. The new CRIMENET network offers a huge range of dynamic contracts, and players are free to choose anything from small-time convenience store hits or kidnappings, to big league cyber-crime or emptying out major bank vaults for that epic PAYDAY.  While in DC, why not participate in the local community, and run a few political errands? Up to four friends co-operate on the hits, and as the crew progresses the jobs become bigger, better and more rewarding.  Along with earning more money and becoming a legendary criminal comes a new character customization and crafting system that lets crews build and customize their own guns and gear. 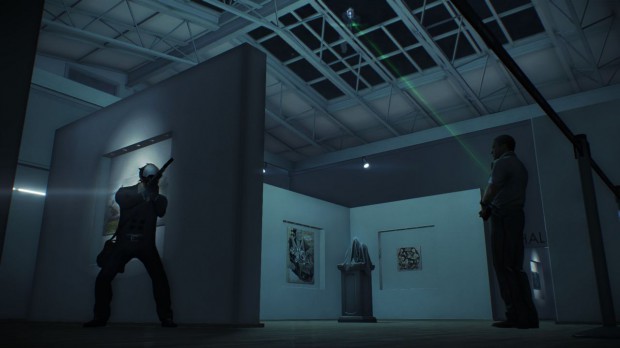 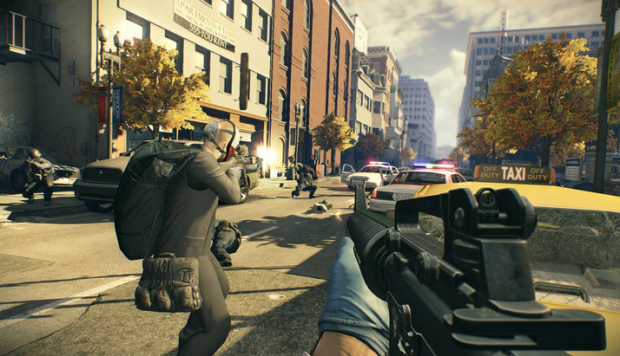 Hands On:
I was plenty happy with the gameplay in the first game and yet they improved it and made it immensely more dynamic and diverse in the sequel.  Before you could complete a mission, there were certain steps you had to follow.  How you handled the steps was up to you but certain actions had to happen.  In PAYDAY 2, you have a ton of different ways to complete a mission, depending on the skill trees your team picked up.  If you have the right member in your crew, you may not have to use one of those annoying drills to open a safe. Instead, you might pick it or blow it open with C4.  If you have a “Ghost” on your team, you might be able to get in and get the loot stealthily, without triggering general alarms and getting into a standoff.  There are so many choices that you can play the same mission over and over with entirely different actions each time.  This diversity will keep the gameplay fresh for even longer than the last game, and that one didn’t get stale very fast.

CRIMENET adds a lot to the game too since it lays out a map and allows you to pick the job you want to join with the difficulty you feel like attempting.  I would suggest playing it offline to start, just to get a feel for the game before playing with others. Online gaming communities can be somewhat unforgiving if you don’t have a general handle on what you are doing, so learning the paces and places a little doesn’t hurt.  Besides, there is randomization with every heist, so practicing a few times offline won’t burn you out on one. You just get to see the different variations, like safe placements and armed responses.  Then, you can join the CRIMENET online and really get a feel for how good the game can be.  PAYDAY 2 requires more teamwork than the first game so you are far less likely to have a jerk on the team not help you up when you are down.  You cover each other’s butts and watch backs as specialties such as blowing a safe are performed.  It also makes it so that when you find a group that gels together well you might pull off heists together for a few hours and really feel like a team.

All the weapons and mask customization is really nice too as it helps make the character you are playing feel like your own.  At the end of a successful heist, you have the opportunity to win weapons upgrades or mask customizations such as patterns, colors, and textures. This is great as you may find yourself in a heist with another person using the “Troll” mask but yours is a different color, has a scale texture, and has a large Ace of Spades on the forehead.  It is also nice to be able to go into your safe house and look at the walls and see all the variations on your masks and weapons you have made.  The shooting range is nice to see how new weapon changes really effect their performance. 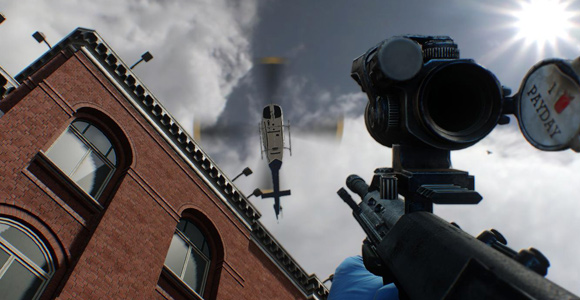 Last Call:
I was ready for PAYDAY 2 to be more of the same from PAYDAY: The Heist and I would have been happy for it if that were the whole story.  The first game was great and is one of the titles I always keep updated on my laptop. This way, during my travels, if I need a break or to take out some frustration I hop on and do a job or two.  Honestly, I would have been happy if PAYDAY 2 was a glorified DLC of the first, but they made vast improvements on the first game while giving the exact same feel.  You are still on a heist right out of a movie, but your specialty and those of your teammates will decide how things play out. Also awesome is that heist are never set up exactly the same way twice, so you never truly know what you are in for.  I would say the roughest part of PAYDAY 2 is getting off the game in a reasonable period of time. It is very easy to lose track of the hours when you are running with a good crew and everyone is covering each other.