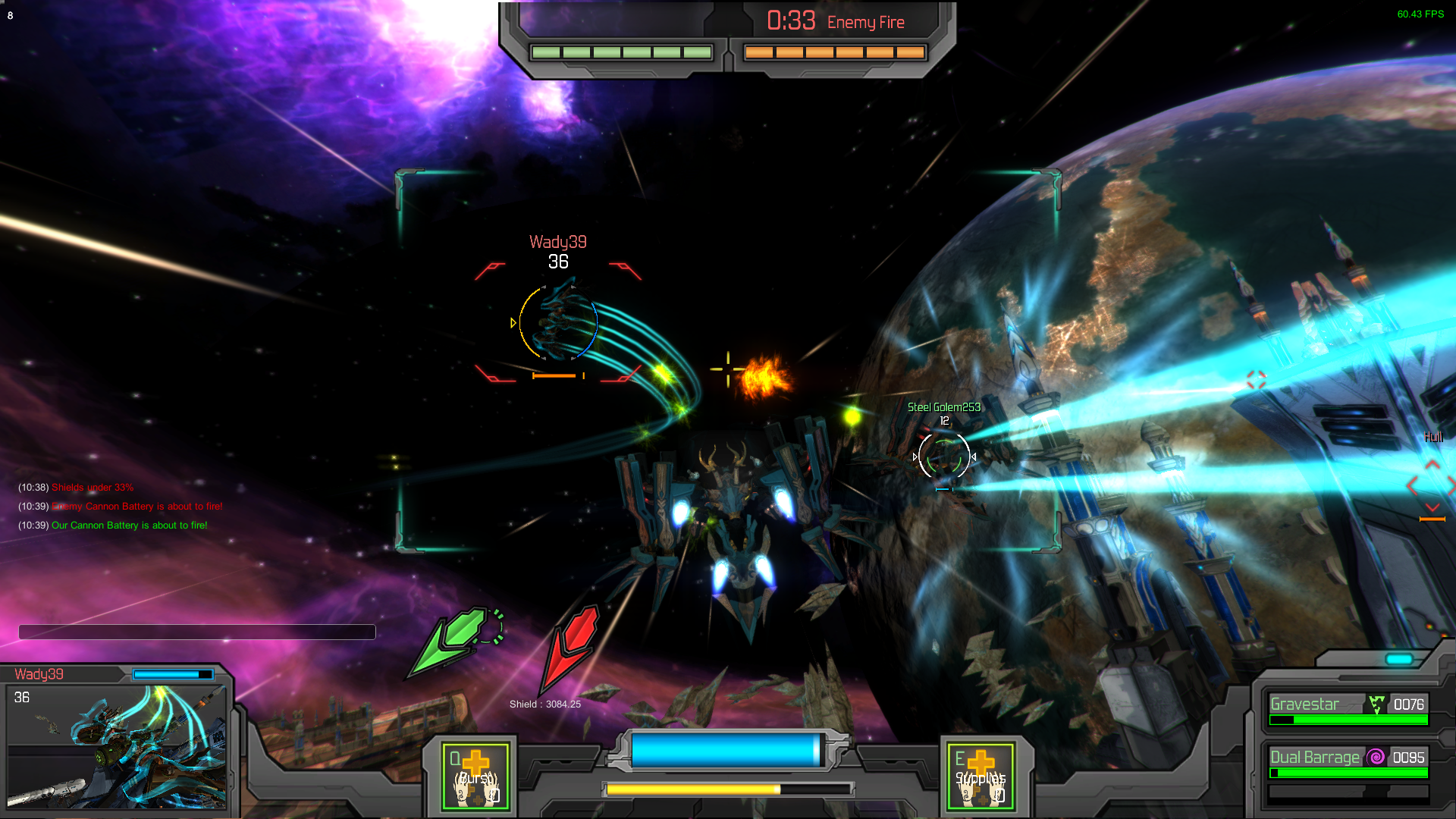 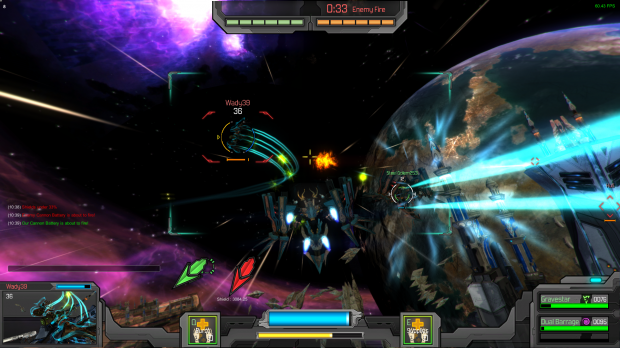 September 18, 2013 – Teamwork, tactical precision, and the intensity of twitch-based combat meet the cold vacuum of space in GoD Factory: Wingmen. A four-vs-four, competitive game of space combat, GoD Factory: Wingmen is now open to the public for preview with full access to all game features.

Choose from four races with unique abilities and options, and build your ship from the ground up with tens of millions of part-combinations to suit your play-style. Cockpits, weaponry, power cores, wings, color palettes and more; every ship is tailored to your specifications.

In the fast and intensely tactical multiplayer matches of GoD Factory: Wingmen, two teams battle to destroy each other’s 13km long Carrier. But, sheer firepower isn’t enough. You and your teammates must coordinate to strike at any of nine vulnerabilities; disable the radar to avoid detection, breach the hull to increase overall damage, or risk it all and go straight for the core.

Features:
– Fast and tactical, four-vs-four gameplay to destroy the opposing carrier ship.
– Customize your hangar of ships using over 1,000 parts from four races.
– Dozens of special abilities add even more variety to battle.
– Bring two ships to every match, or even try out a teammate’s build.
– Oculus Rift and joystick support.