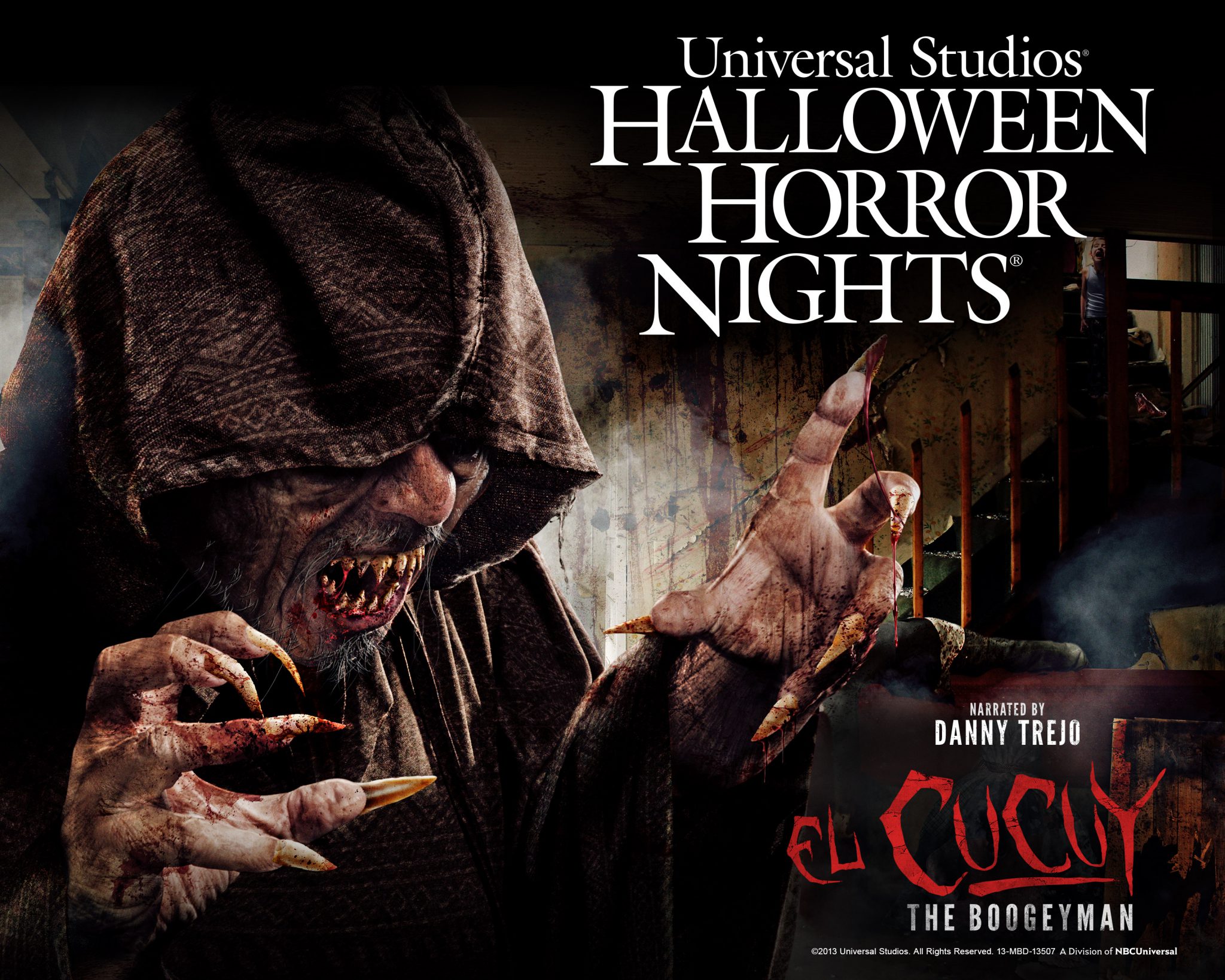 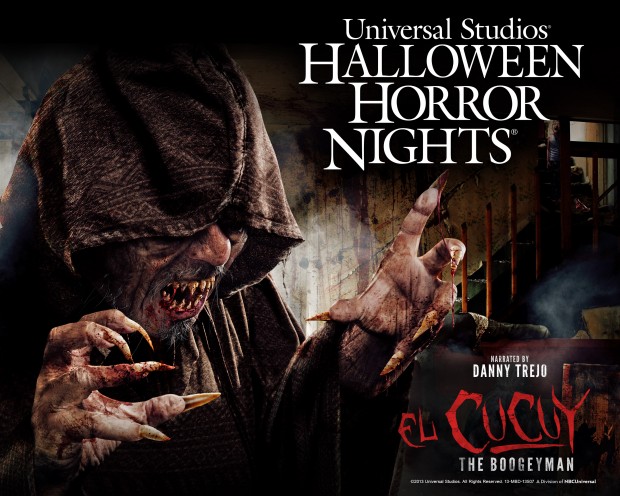 Universal City, CA – The age-old fear of “the boogeyman” comes to life at Universal Studios Hollywood in an all-new grisly twist, “El Cucuy: The Boogeyman,” as the latest in the lineup of award-winning “Halloween Horror Nights” authentically disturbing mazes opening September 20. Adding to the torment of “El Cucuy’s” grim and dark legend is an exclusive and chilling narration by Danny Trejo, one of Hollywood’s leading villain character actors.

In Mexico, “the boogeyman” is known as “El Cucuy,” a mythical ghost-monster touting pointed teeth and razor-sharp claws. Some believe it is an evil spirit which lurks in desolate caves and ventures into the pueblos late at night, lying in wait under beds, in closets and on rooftops in search of disobedient children. The legend began as a cautionary tale told by parents warning their children to behave or “El Cucuy” would prey on them. This generations-old myth has haunted children over the years as part of popular Hispanic folklore recited throughout Mexico, Latin America and the United States.

“I remember my mother telling me about ‘El Cucuy’ as a little kid and it freaked me out,” said Creative Consultant and Maze Narrator, actor/producer Danny Trejo. “I grew up with it and I told it to my kids, too. I can’t wait to check it out at ‘Halloween Horror Nights’.”

Trejo’s distinctive gravelly, gruff and gripping voice deftly narrates the legend through the eyes of the monster and malevolently morphs into “El Cucuy.” Maze-goers will follow Trejo’s ominous voice as it guides them into disturbingly gruesome sights ravaged and pillaged by the shape-shifting trickery of “El Cucuy” including the scene of a child’s birthday party gone horribly awry. Distressing maze chaos continues in sinister scenes which lure maze-goers through a family room, a child’s bedroom and closet where the merciless attack of “El Cucuy” is witnessed in pools of blood with lifeless bodies exposed to reveal gaping wounds; toys, stuffed animals and clothing are scattered about in the struggle. Maze-goers soon find themselves entering “El Cucuy’s” evil cave; a cavernous macabre of horror where muffled cries for help signal impending torment ahead.

“The ‘La Llorona’ maze we created last year was extremely well received by our guests and praised for its authenticity, so we’re excited to bring another infamous legend from Latino culture to ‘Halloween Horror Nights’,” said event Creative Director John Murdy. “At its core, this legend is even more horrifying than ‘La Llorona’ because ‘El Cucuy’ is known to take on the form of trusted adults like a police officer or your grandmother as a way to approach victims so it’s the perfect subject matter for a maze. When I was writing the maze story line, I pictured Danny Trejo as the voice of the monster, so we’re thrilled to be working with Mr. Trejo to bring the terrifying legend of ‘El Cucuy’ to life at ‘Halloween Horror Nights’.”

Trejo’s filmography includes an impressive lineup with starring roles in titles such as “From Dusk ‘Til Dawn,” “Heat,” “Once Upon a Time in Mexico,” “Machete,” and more recently, “Machete Kills,” the second in the Machete series scheduled for release on October 11, 2013. Trejo can also be seen in Universal Studios Home Entertainment’s upcoming Blu-ray release, “Dead in Tombstone,” starring opposite Anthony Michael Hall and Academy Award® nominee Mickey Rourke. The new action-packed movie is available on October 22, 2013.