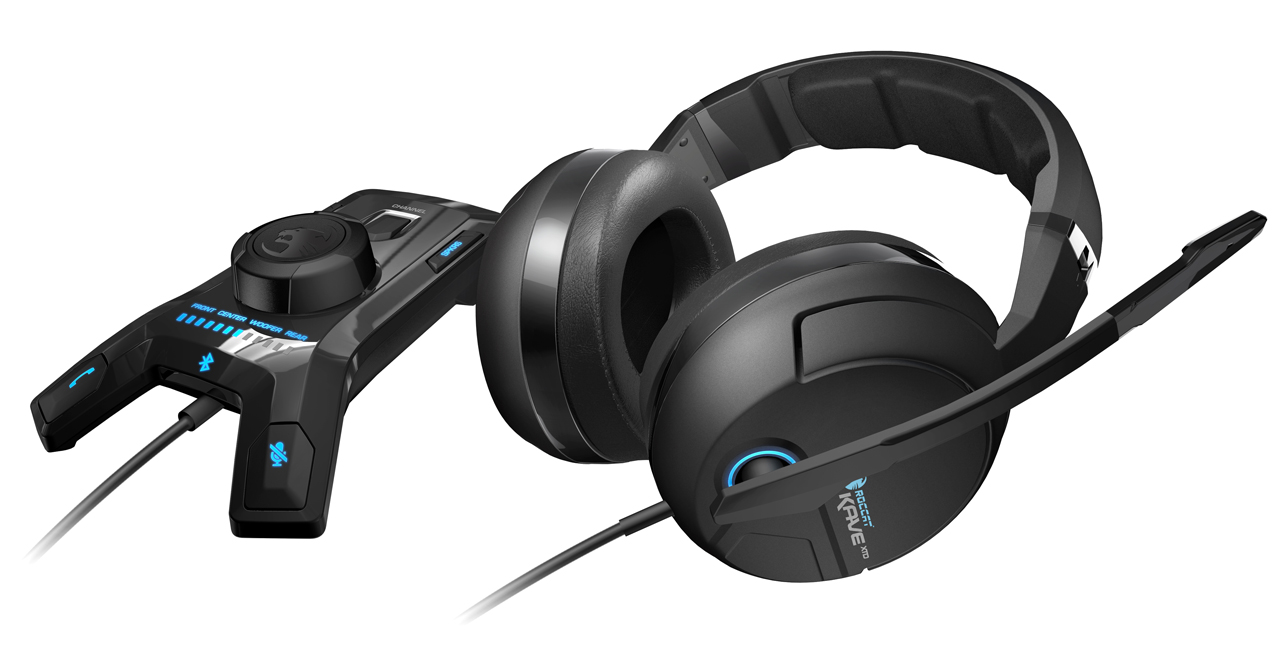 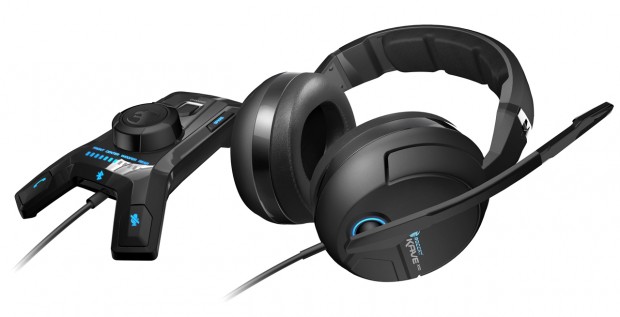 Hamburg – August, 21 2013 – ROCCAT Studios, German manufacturer of high-quality gaming peripherals, today reveals the ROCCAT Kave XTD 5.1 Digital at gamescom in Cologne (hall 8.1, booth A010). The new device is the successor to the best selling true 5.1 gaming headset in the world: the original ROCCAT Kave 5.1. Based on community and customer feedback, the Kave XTD 5.1 Digital builds on the foundations laid by the original headset by improving existing features and introducing completely new and innovative ones of its own.

The Kave XTD 5.1 Digital includes a fully-equipped desktop remote with a built-in premium 5.1 sound card. Also included in the feature-packed remote is ROCCAT Smart Link, a patented technology which lets users pair their smartphone to the remote via Bluetooth, allowing them to make and receive calls through the headset while gaming. The rear side of the remote boasts 5.1 speaker ports, letting users hook-up their existing speaker system to remote and easily toggle between headset and speaker output. The remote is completed by comprehensive headset and system audio controls.

Like the original Kave, the Kave XTD 5.1 Digital provides true, rich 5.1 surround sound, but with enhanced componentry. With three driver units per earcup aligned at a 12° angle, the headset delivers an immersive and crisp sound. The headset comes with a completely reworked head band and, compared to the original Kave 5.1, weighs 25% less. At the same time new materials and engineering solutions make the headset very robust and comfortable to wear – suitable for hours of gaming. The detachable microphone has been redesigned, keeping smart details like the mute LED while improving on reliability as well as sound quality.

The new ROCCAT headset has already convinced this year’s gamescom award jury, and has been nominated for the “Best Hardware” award.