Having looked at quite a few types of airsoft guns, the one type of gun we have yet to review is a sniper rifle. So, the folks over at AirSplat.com loaned us one of their King Arms Blaser R93 LRS1 rifles for a few weeks. The King Arms Blaser R93 LRS1 is a replica of the real steel Blaser R93 LRS1, a popular European long rifle. The LRS1 designation is the version of the long rifle designed for snipers. The replica is almost spot-on to its real steel counterpart. The sniper rifle even has the “straight-pull” action of the real rifle. How does this sniper rifle do in our testing? Read on… 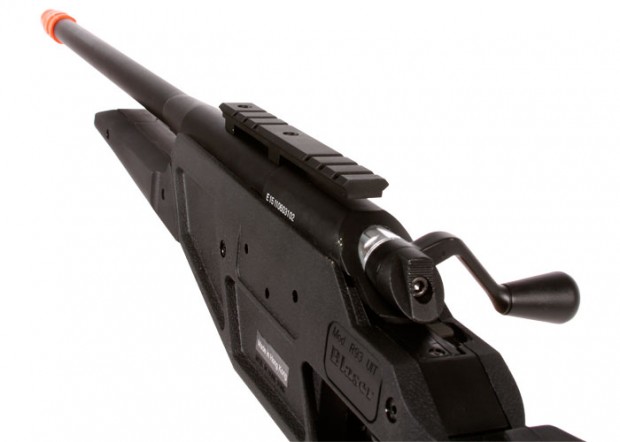 Using a sniper rifle without a scope is a bit odd, so we made sure to mount a basic rifle scope on the gun. Again, the folks at AirSplat stepped in and loaned us one of their 3-9×40 non-illuminated rifle scopes. We want to send our thanks to them for the help with this article! So, back to the rifle…

The first challenge in using this sniper rifle is constructing it. Do yourself a favor and READ your instruction manual. I went off half-cocked, assembling the rifle as I thought it would be put together. I was wrong and ended up taking it apart and doing it the right way. Just learn from my over-eagerness and do it right the first time. 🙂

The King Arms Blaser R93 LRS1 features a nifty top rail which we mounted the scope to, then put the rifle into a bag and went out to a local field. The rifle comes with one plastic magazine which holds 50 BBs, but additional magazines are available for about $10 dollars at airsoft websites.

Initial chrono readings put the Blaser R93 LRS1 at about 480 FPS using .20g BBs. With this in mind, we trekked out to a backyard of one member of our crew located in the rural town of Norco, CA. We took the time to sight in the scope at 50 feet and then setup some targets so we could begin our “blasting”. Here are the results at various ranges and BB weights. We took a total of ten shots at each testing site – so, IF you see less than 10 marks on the target, it means I missed… 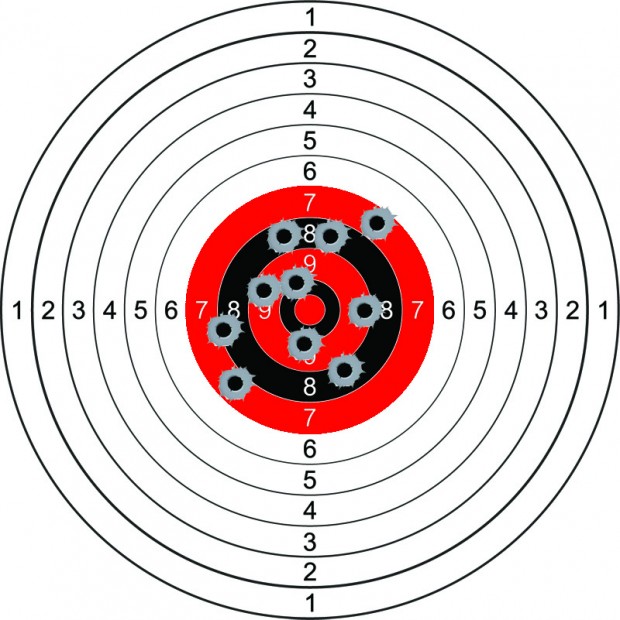 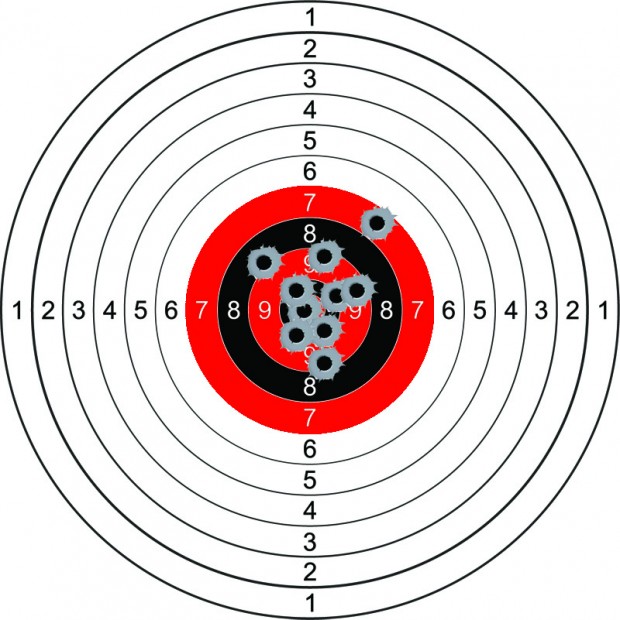 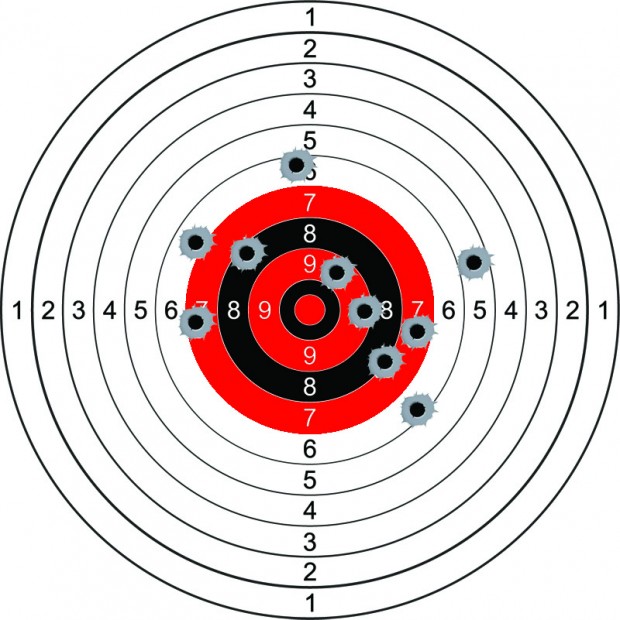 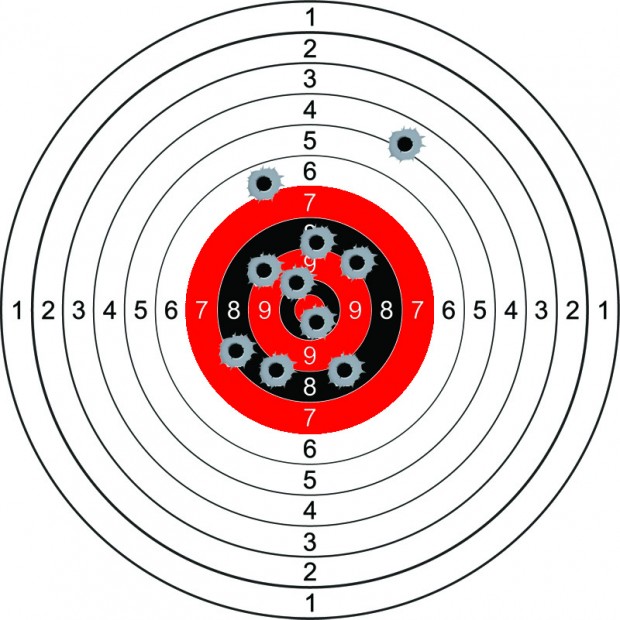 The weather was slightly breezy but nothing too bad, and I was impressed with how well the Blaser performed in such conditions. These shots were performed in a seated position, resting the rifle on a couple of sand bags. Note that the Blaser R93 LRS1 does have a small bi-pod rail – I just didn’t have one to test it with. While shooting, I attempted to keep my sight picture as much as possible while pulling back on the straight-pull bolt. As you can see from our virtual target images above, the rifle is very reliable shooter and I can’t wait to take it back into some real games.

Overall, I would highly recommend the King Arms Blaser R93 LRS1 airsoft sniper rifle to any airsofter looking to be a competitive sniper. It has plenty of performance for fields with and without speed limits as well as an aggressive, unique look. It retails for around $230 dollars on websites like AirSplat.com