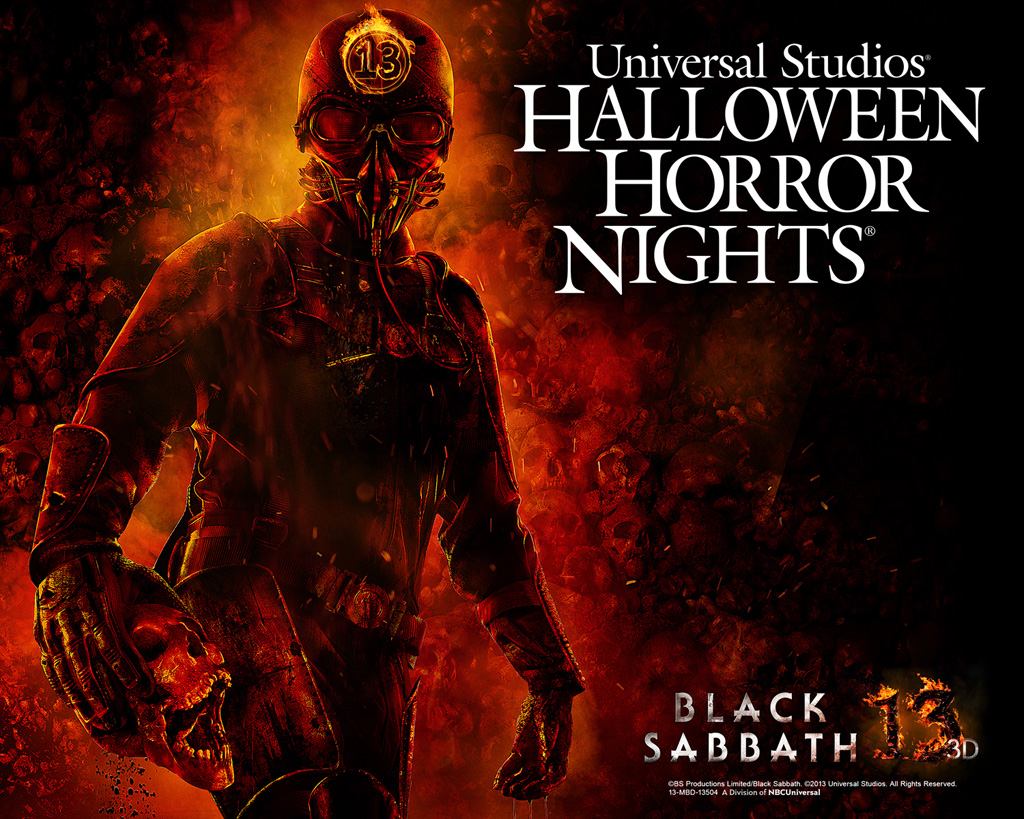 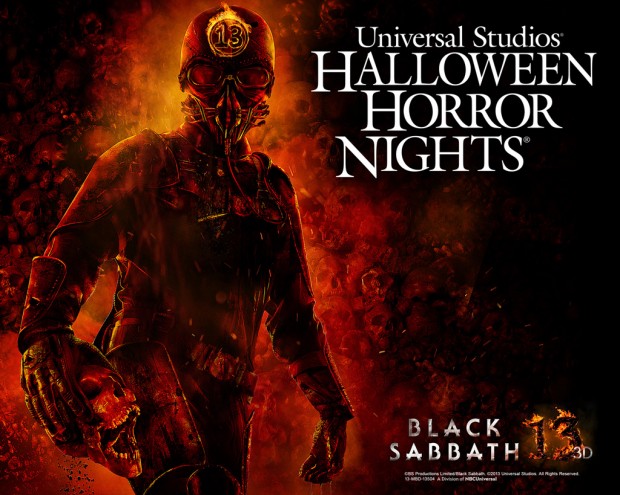 Universal Studios Hollywood has announced that the next maze in their Halloween Horror Nights lineup will be called “Black Sabbath: 13 3D”.

This year, guests will be engulfed in a nightmarish landscape of doom as they enter the maze “Black Sabbath: 13 3D” and cross through horrifying graveyards, disturbing madhouses and bone-chilling battlefields. The new maze will also be the only attraction to incorporate a 3D video, which will show scenes inspired by their recent #1 Billboard album, “13”. The legendary multi-platinum rock band pioneered the Heavy Metal genre with their doom-laden sounds so Tony Iommi’s dark, iconic riffs, Ozzy Osbourne’s haunting vocals and Geezer Butler’s sinister lyrics provide endless inspiration for a blood-curdling maze.