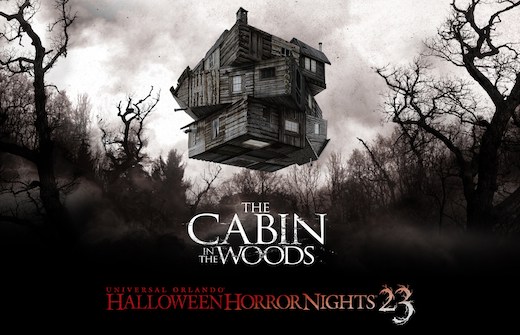 Looks like Cabin in the Woods director, Drew Goddard, has told zap2it that they are bringing the movie to life in haunted house form as a maze at the 2013 Universal Studios Orlando Halloween Horror Nights.

Universal Orlando Entertainment Team member Michael Aiello said, “We are building the cabin completely. You’re going to walk through a forest to get there. You’re going into the cabin. You’re going to go into the cube cells. We’re literally taking everything we can in the film and giving you a kind of best-of montage of the film with this kind of linking story…you’re going to be in the control room when merman attacks.”

Universal Studios Orlando also released a teaser trailer for the Cabin in the Woods maze, which you can see here:

This is the first maze announcement for Halloween Horror Nights Orlando, so stay-tuned as more is released. The Halloween season is just around the corner. Tickets for the event are actually on-sale now, so make your plans, folks!