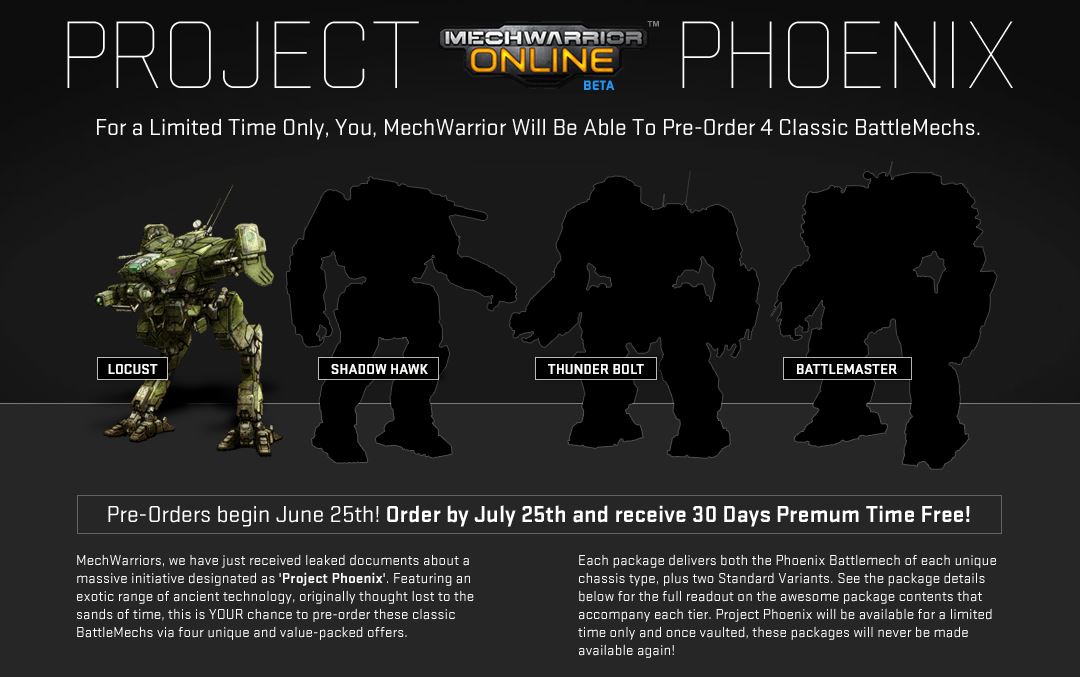 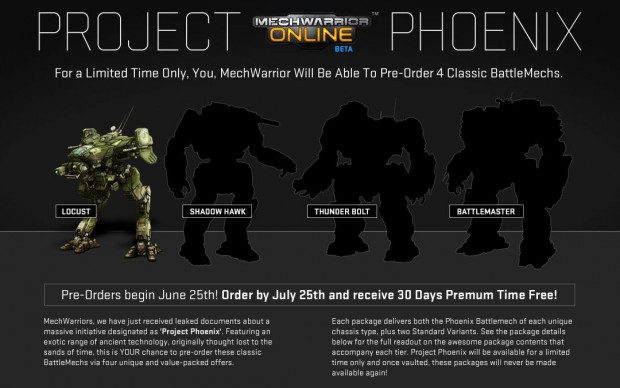 Starting today, fans can pre-order up to four different Project Phoenix BattleMech packages with prices ranging from $20 USD up to $80 USD for the top-of-the-line ‘Overlord’ package that includes a whopping 12 `Mechs!

Each of these unique Project Phoenix packages will be delivered on October 15th and come fully equipped with:

Fans who pre-order any of the PROJECT PHOENIX packages in the first 30 days of availability (June 25th to July 24th) will receive an Early Bird Bonus of 30 days Premium time! As a special reward for the loyal Founders of MechWarrior Online, Founders who partake in this special pre-order program will additionally receive their exclusive Founders Icon as a cosmetic Hanging Item to decorate their `Mech cockpit.

Upon completion of the sale offer, these Project Phoenix `Mechs with custom exteriors and camo specs will never be available again!

MechWarrior Online is set to launch late this summer as Piranha Games works around the clock to deliver the most compelling in-game content at launch and fans should expect several major new game features between now and launch.

For  complete specs, FAQ and loadouts for the PROJECT PHOENIX BattleMechs please visit www.mwomercs.com/phoenix and make sure to check in each day this week as each `Mech is revealed.

To immerse yourself in this AAA Free to Play online game, jump in and grab a pilot name at https://mwomercs.com/signup