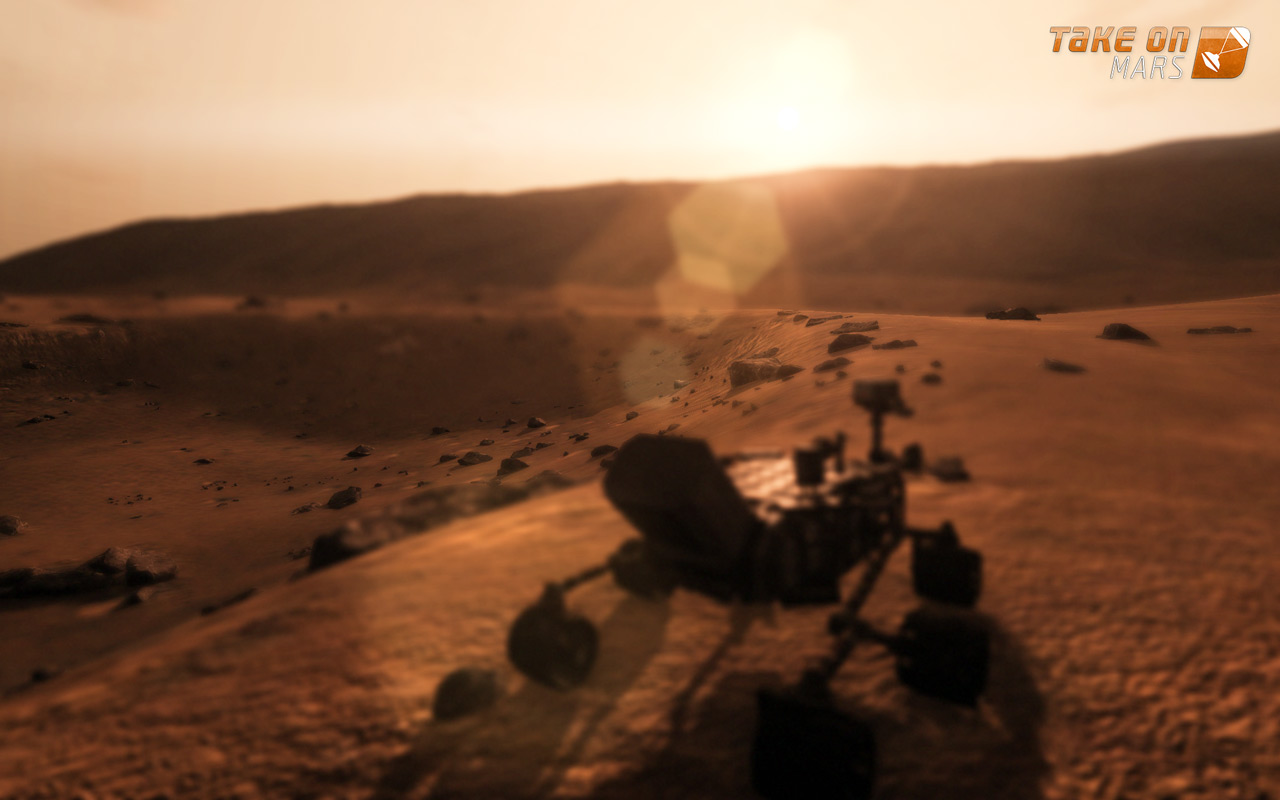 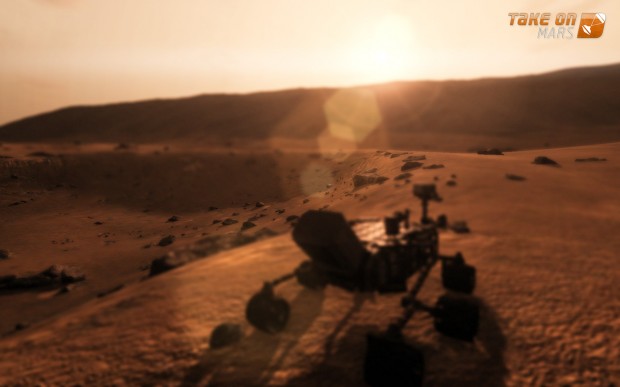 Prague, Czech Republic June 11th 2013 – Bohemia Interactive prepares to go up, up, and away, into the stars, with Take On Mars, the new game in the Take On series.

Take On Mars places you in the seat of a Rover Operator, allowing you to control the various, fully simulated mobile Rovers and stationary Landers. With this scientific arsenal at your disposal, you will work your way through the numerous Science Missions in each location, unlocking the secrets of Mars’ distant past.

“Explore the scarred face of another world. Journey through rocky terrain and sandy wastes, pushing your vehicles to the max in this new installment to the Take On series.”

• Space Program – Explore Mars from the perspective of a science-driven Space Agency. Develop new technologies, vehicles and instruments to tackle the tasks ahead.

• Scenarios – Head straight to the surface of Mars and complete individual missions centered around various Science Missions and objectives.

• Editor – Create scenarios with complex missions, or just play around with whatever you wish in this limitless, free-form mode.

The most notable features in Take On Mars include:

• Dynamic destruction system – Break off cameras, robotic arms, even individual struts and wheels, all affecting the way the vehicle handles.

• Economy – Send missions to Mars with the budget you have available, raised by completing missions and individual tasks.

• Realistic Terrain – Explore the surface of Mars in locations based on actual satellite data from locations such as Victoria Crater.

Last, but certainly not least, Take On Mars will be heavily aimed at modability, allowing users to create and share their own custom content, including scenarios, vehicles, and locations.

Everything in the game is modifiable.