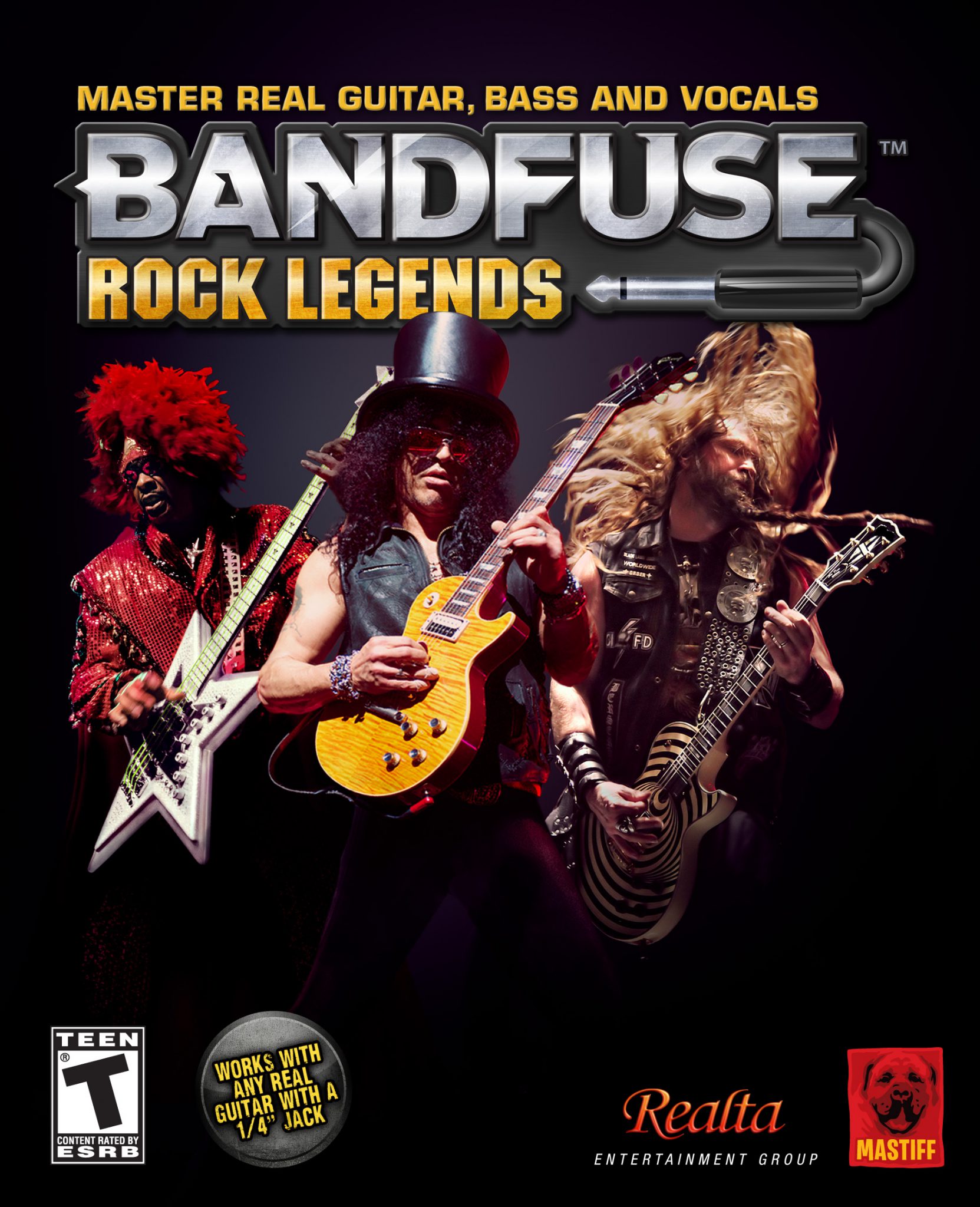 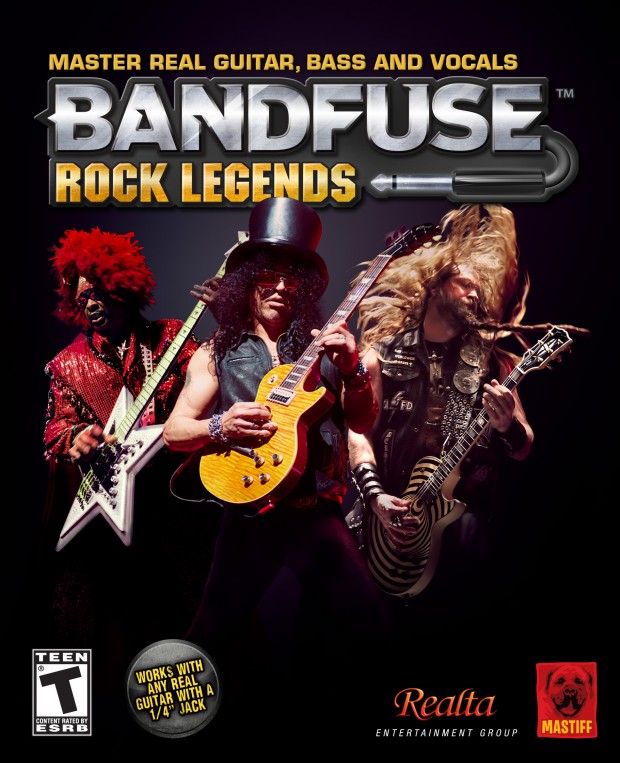 Realta Entertainment has released the official box art to their upcoming music game, BandFuse: Rock Legends, which will launch later this year on the PlayStation 3 and Xbox 360 platforms.

BandFuse: Rock Legends includes Slash, the iconic Grammy-winning musician and former lead guitarist of Guns N’ Roses, who serves as the game’s master guitar instructor; Zakk Wylde, lead guitarist of Black Label Society who played with Ozzy Osbourne for many years; Bootsy Collins, the Funkmaster of the Bass, Jason Hook and Zoltan Bathory from Five Finger Death Punch and George Lynch, who gained fame as the heavy metal guitarist for renowned bands Dokken and Lynch Mob. These Legends will mentor players and help them navigate through the game’s features to build a rock star following and fine-tune their playing skills.