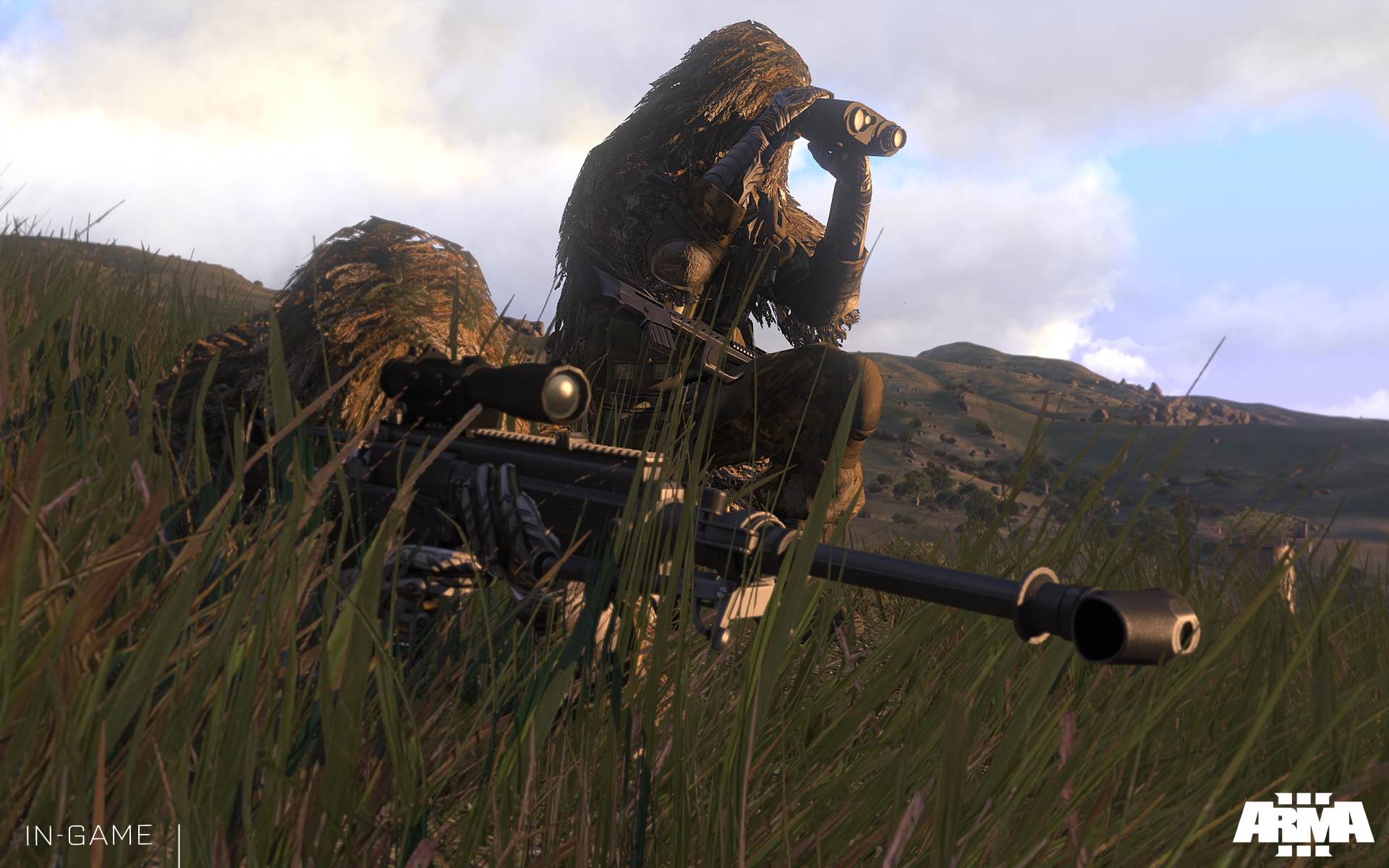 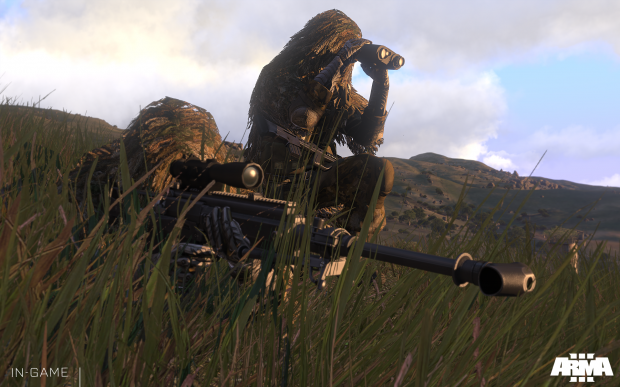 The first rifle, the Gepard GM6 Lynx, is a semi-automatic anti-materiel rifle using 12.7×108 mm ammo. Its purpose is to stop or disable targets such as light armored vehicles, armored rifle troops, light shelters and helicopters from 600–800 m range.

The second weapon, the M320R Long Range Rifle, is a .408 caliber sniper rifle, valued for its accuracy up to 2000 meters.

Furthermore, besides new camouflage clothing (ghillie suits), the Sniper Package also features sniper optics (long range scopes) and a rangefinder (special binoculars). All content will be added automatically via a Steam update (0.60), which also includes the ‘stance indicator’ and several other game improvements and fixes. The full details are listed in the changelog.

To participate in the Arma 3 Alpha, people can choose from the Arma 3 Alpha (24.99 EUR/19.99 GBP/32.99 USD) or Arma 3 Digital Deluxe Edition (39.99 EUR/34.99 GBP/49.99 USD) on Steam or Store.bistudio.com (both include Beta-access and the final game). The price of each edition will increase once the Arma 3 Beta and final game become available. The complete overview of editions can be found on the official Arma 3 website. 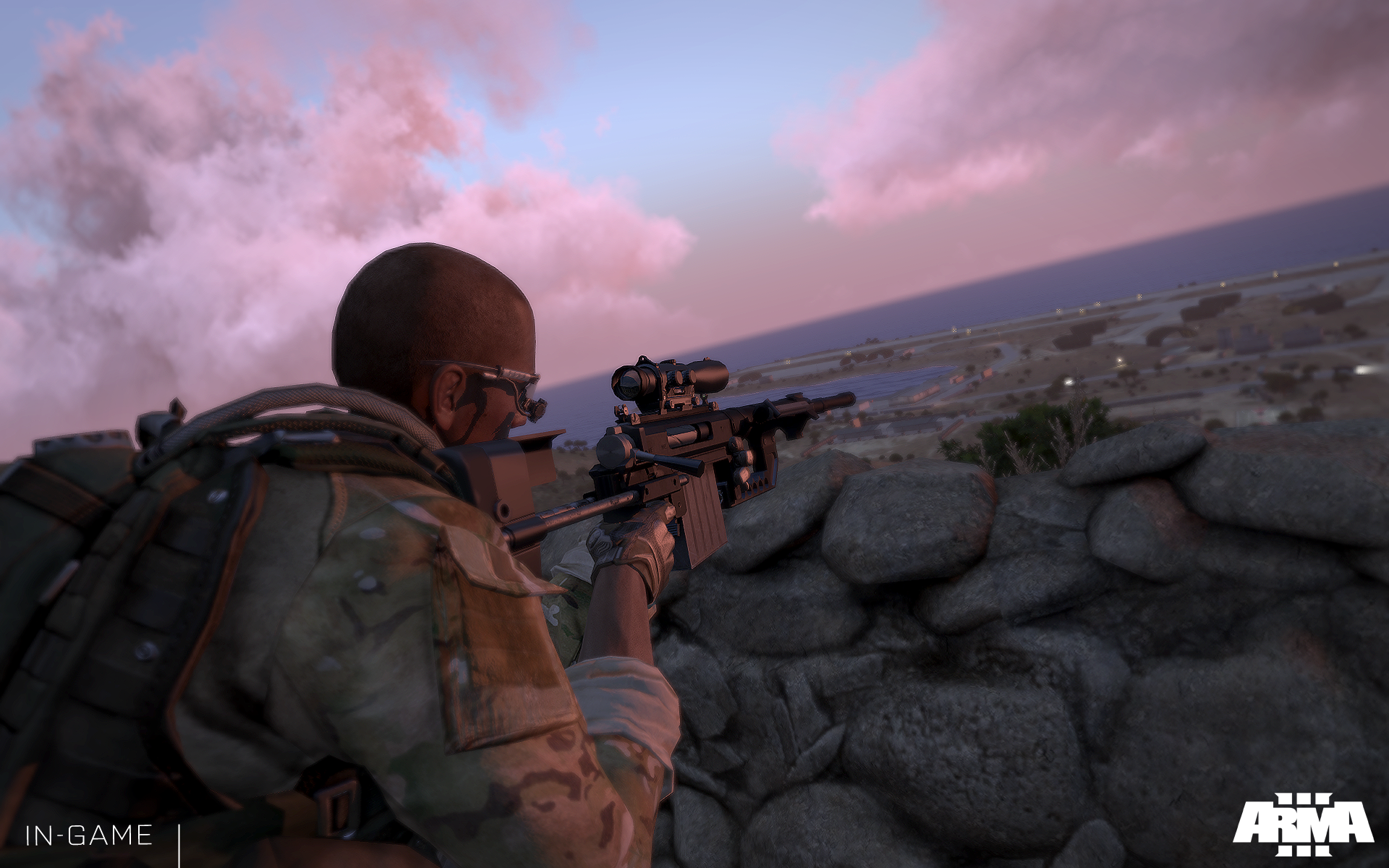