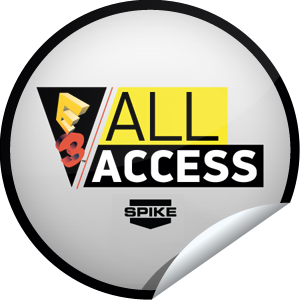 New York, NY and Los Angeles, CA – May 28, 2013 – Spike TV has been named the official broadcaster for the biggest event in video games, the 2013 Electronic Entertainment Expo.  The network, coming off its exclusive television broadcast of the Xbox One reveal, will once again be the home for all things gaming.  Fans will be treated to LIVE multi-platform coverage of all the action taking place at E3.

Spike TV’s “E3 All Access Live” (#GTE3) will provide viewers with nearly 20 hours of LIVE coverage over two days, including exclusive television broadcast access to the highly-anticipated XBOX: A New Generation of Games and Entertainment and EA media showcase (#EAE3) featuring ground-breaking news, gaming trailers and demos starting on Monday, June 10.  This is the fourth year in a row Spike TV will be exclusively airing the Xbox media briefing on television and the third year in a row it will be exclusively airing the EA media showcase.

“This is the E3 we’ve been waiting for,” said Jon Slusser, Senior Vice President, Sports and Multi-platform Programming, Spike TV.  “After years of anticipation, E3 2013 will showcase the next generation of technology that will change the entertainment landscape.  As the official broadcaster of E3, we’re excited that Spike will be the destination to see it all first.”

The on-air sponsors of Spike TV’s “E3 All Access Live” are Hyundai Motor America and Pizza Hut, and Capcom’s Remember Me will serve as the show’s digital sponsor.

“E3 All Access Live” will be supported on Spike TV through “GTTV with Geoff Keighley,” “All Access Weekly” and “Playbook 360;” online on Spike.com and GameTrailers.com; socially through its Facebook and Twitter feed @SpikeTV and through mobile phones and tablets including iPhone, iPad and Android devices, as well as on the big screens in New York City’s Times Square.

The “E3 All Access Live” team will broadcast from its own E3 studio overlooking the Los Angeles Convention Center and will feature the industry’s top press conference events, breaking gaming news and announcements, never-before-seen trailers and gameplay footage, exclusive interviews with the biggest names in gaming and entertainment and much more to be announced in the next coming weeks.