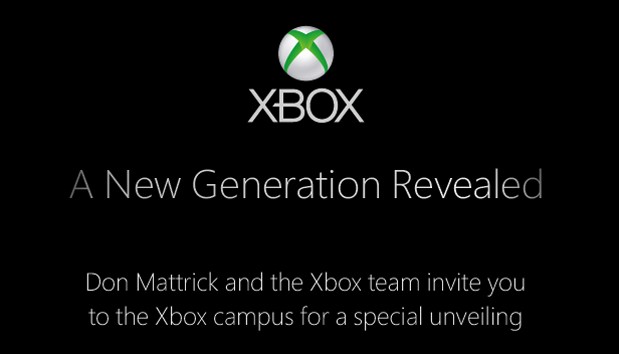 New York, NY and Los Angeles, CA – May 20, 2013 – Spike TV and GameTrailers teamed up to give fans unprecedented access to the Microsoft New Generation Xbox reveal with a LIVE, one hour commercial free event, “Xbox: A New Generation Revealed.” The highly-anticipated event will be broadcast from the Microsoft Corporate Headquarters and will give fans a first glimpse of a new generation of games, entertainment and TV.

“Microsoft is set to redefine the home entertainment experience this Tuesday,” said Jon Slusser, Senior Vice President, Sports and Multi-platform Programming, Spike TV. “We are thrilled that Spike is the network to give fans the exclusive access to this ground breaking event.”

The coverage of the highly-anticipated reveal kicks off on Tuesday, May 21 (Noon-2:30pm ET/ 9:00am-11:30am PT), with a preshow followed by Spike TV’s one hour commercial free “Xbox: A New Generation Revealed,” featuring LIVE coast-to-coast coverage from Microsoft Corp Headquarters in Redmond, Washington. The network will cap off the coverage with a live post show interview with Don Mattrick, the President of the Interactive Entertainment Business and will be book-ended by exclusive Spike TV and GameTrailers content giving fans a behind-the-scenes look at the new Xbox.