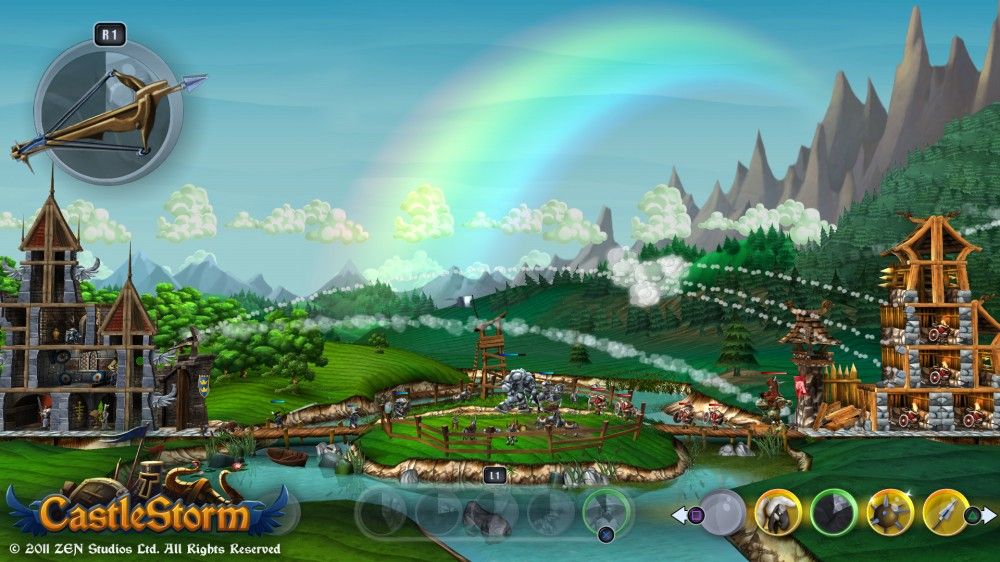 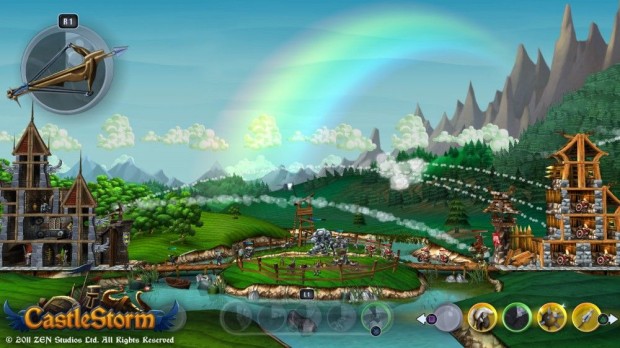 May 20th, 2013 — Super genre mashup CastleStorm will release on Xbox LIVE® Arcade on May 29th, 2013 for 800 MSP. Built on the fond childhood memory of building and destroying Lego castles, CastleStorm mixes things up with 2D physics destruction mashed with tower defense brawler and comical story, allowing players to control their offences and defenses in real time over a 12 level single player campaign, and multiple co-op and multiplayer modes. CastleStorm also features a dynamic castle editor allowing players to construct their own castles which can be used during gameplay, including multiplayer battles!