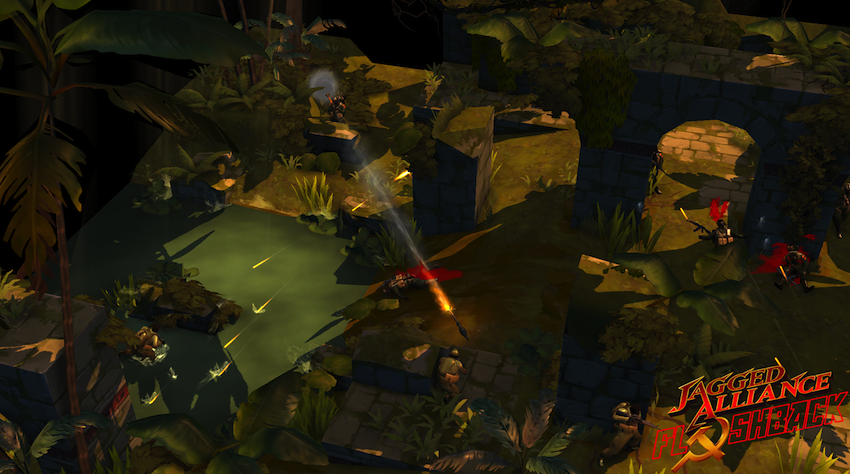 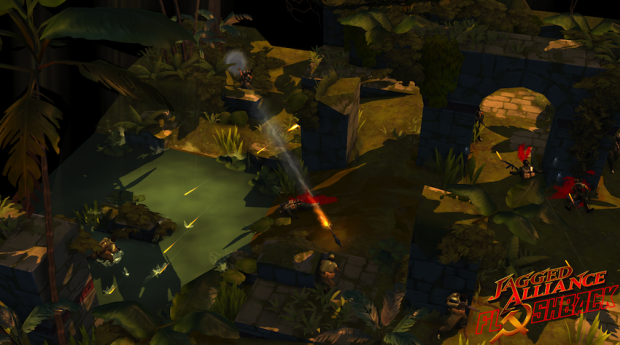 May 17, 2013 – Copenhagen, Denmark – Danish independent studio Full Control today released a downloadable gameplay scene depicting a combat scenario set in the jungle and ancient ruins of the fictional Caribbean Island of San Christobal from Jagged Alliance: Flashback. The gameplay scene shows the community the look and style of Full Control’s planned reset for the cult turn based franchise.

The scene can now be downloaded and explored, although it should be noted that Jagged Alliance: Flashback is currently in pre-production and both the style and core features are subject to change. The team has currently raised over $227,195 to successfully reset the franchise, and with a funding goal of $350,000.00, have six days to raise the remaining funds.

“The Jagged Alliance series have always been played out on temperate pacific islands – looking back at Back in Action and Jagged Alliance 2 from an artistic point of view – trife brown colors dominated the landscape,” said Jesper Andersen, Concept Artist at Full Control. “We have been influenced by games such as Dishonored that oozed dirty, dark and filthy visuals without succombing to photo realistic textures. With Flashback we want to combine a realistic approach with strong colours to stand out from the masses.”

Set in the late-1980’s on the fictional Caribbean Island of San Christobal, Jagged Alliance: Flashback transports players back in time to the cold war era. The island will hold many hidden secrets, humorous stories and hostile environments, which makes a perfect setting for a fun and challenging game with lots of twists and turns.

Gameplay features will emphasize the core pillars that made the original games great: deep strategy, thrilling action and character RPG elements. The Kickstarter campaign gives the fans the opportunity to determine the scope and scale of Jagged Alliance: Flashback, directly influence the shape of the game and participate during its development. Pledges beyond the funding goal of $350,000 will kick off new stretch goals to expand the core game by adding content and gameplay features.

High profile members of the Modding Community already joined the Team to help make the game easier to modify. Chris Camfield, Sir-Tech veteran, also joined the Board of Advisors. Chris has worked on the implementation and design of several Jagged Alliance titles and ended up as lead designer on the unreleased Jagged Alliance 3.