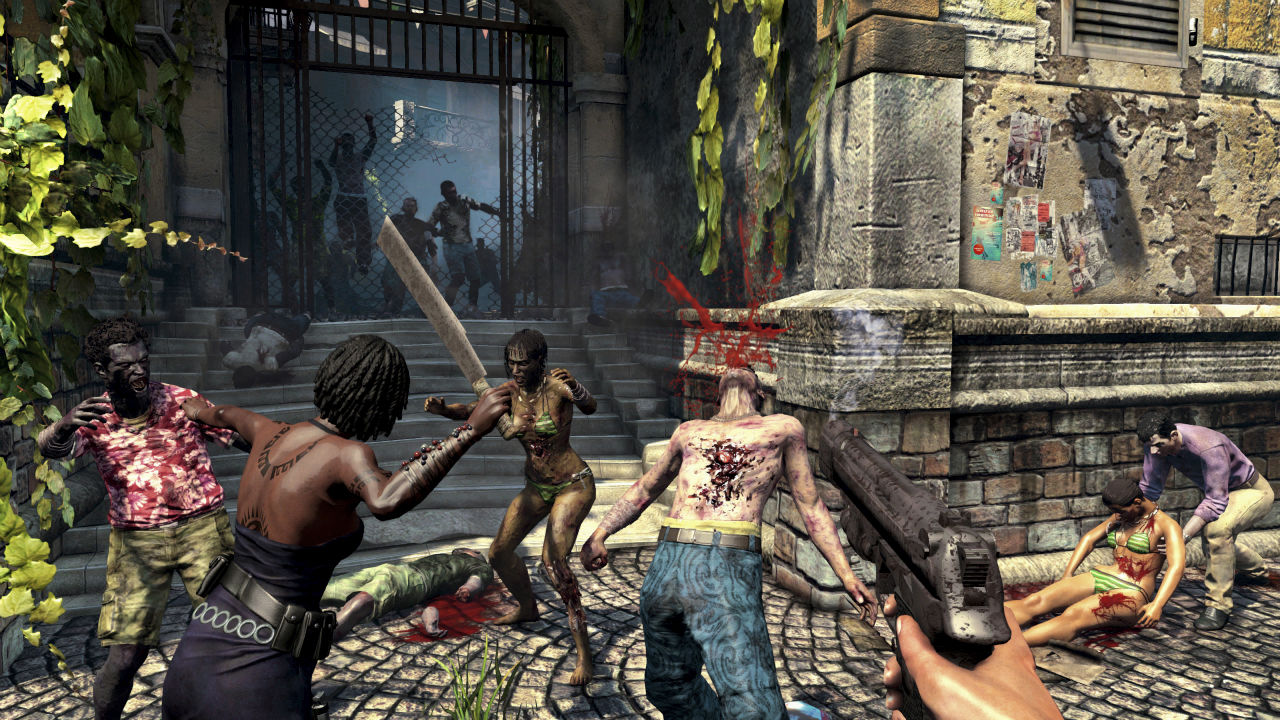 It’s seldom that a game review causes me trouble.  I play ALL kinds of games so I can be called on at a moment’s notice give a review from the standpoint of an everyman.  I’m not bragging, I am simply admitting that I am a video game addict and have used my addiction to the benefit of others.  So, as Dead Island: Riptide was coming in I tried not to pay too much attention to opinions one way or the other,  just looking forward to giving it a go.  Then, like a real riptide, I couldn’t help but get dragged into reading scores of negative opinions on the game.  This isn’t the first time I have seen such an outcry from gamers (you poor “Colonial Marines”), but its vigor and quick deterioration into name-calling and slurs of all sorts towards the game seems quite massive.  I even read one article calling it a “colostomy bag” (well the more graphic “bag of s…”).  So, after multiple play sessions, trying to be objective, I hope to quiet some angry voices out there. Or, at the very least lead them to thought-filled cries rather than simple, mindless yelling. 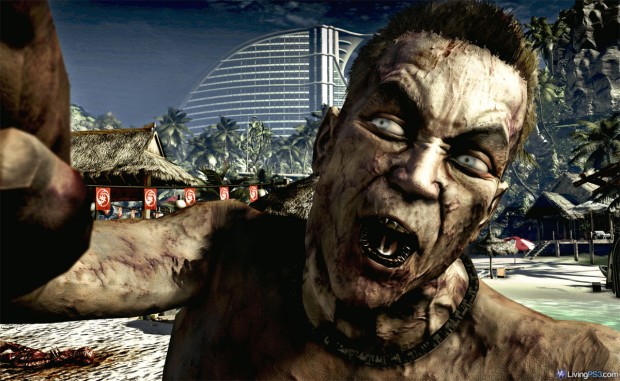 Dead Island: Riptide picks up where the original storyline ends: A helicopter ride to safety.  This of course fails dramatically and the survivors wind up back on a zombie zoo of an island, fighting to stay alive.  None of this is a secret surprise, it has been in the trailers and should for everyone involved be a pretty good sign of what to expect story and gameplay wise.  If someone’s complaint is they didn’t want some of the same old gameplay as the original game they should have kept an eye on the media, it let you know you were going through this mess all over again.

I haven’t heard any complaints about this and don’t really expect to.  Particularly on the PC with the setting cranked to high this game is visually-gorgeous. You could play the menu screen on as a relaxation/meditation scene if you wanted to while listening to the calming sounds of the water and wildlife.  From there, the graphics are all gore and splatter and the music and sounds are intense and nerve-racking – but, that is what you want in a game like this! 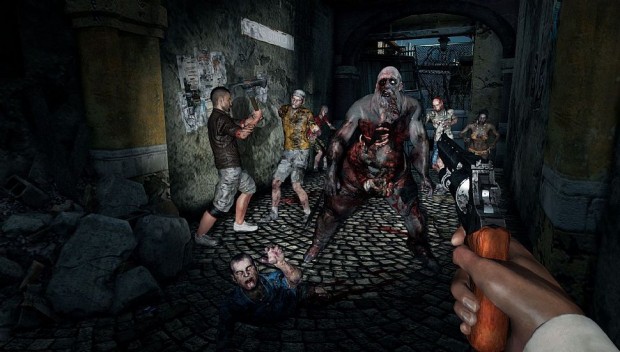 The game begins with some training missions in case you forgot how the game played or hadn’t played the first. It gives you some good weapons to start with – just don’t get too attached to them.  Once you get back to the island you start out with some crappy weapons.  This may have pissed off plenty of the players or the fact that this was definitely more like a continuation on the first game, back at the grinding away and looting to level, weapons upgrades coming at a slow pace.

“Grinding” is a process that some players feel like is earning their way in a game. Still, others see it just as a way to lengthen and dull a game in lieu of quality content.  This can bring out fervent opinions in gamers and be the deciding factor if they love or hate a video game.  For Dead Island: Riptide, I “shout” this: IF YOU DO NOT LIKE GRINDING, DON’T PLAY THIS GAME.  I hate using all caps, especially for more than one word, but it really is an important and summarizing point.  This game is designed to make you work your ass off so you can have a shovel with a burning rag wrapped around it. Don’t expect to come out of the gate loaded down with bombs and harpoons and who knows what else.  This game is one of the biggest grinding games I have ever seen, and it can make the game painfully repetitive if that is not your thing, literally to the point that zombie killing might not be fun anymore!  I know it i hard to believe that someone in a pre-zombie apocalypse society feels this way. However, grinding can indeed make some people get bored of using a baseball bat to crush an zombie’s skull in, hoping it will drop a nail or battery or roll of duct tape.  Some have gone so far as to say they would rather bash in their own heads (Ed. Note: The GamingShogun.com legal team recommends you do NOT do this). 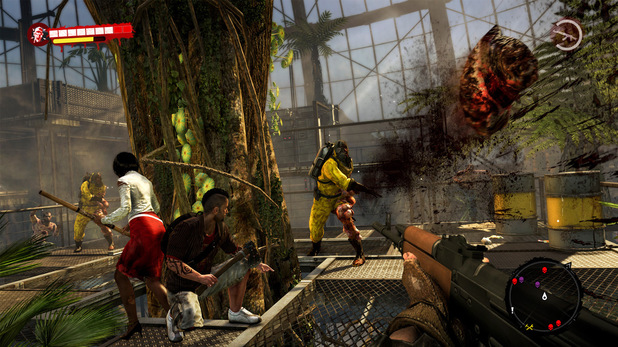 On the subject of repetition  there did seem to be a bit too great of a distance for NPCs to register the player’s presence and start saying their lines.  When you walk into Survivor HQ and almost every single NPC, regardless of distance, starts chiming in at you, it gets a little crazy.  I found myself yelling at the screen for them to stop, which is a little embarrassing when you are wearing headsets and have no idea someone has walked in behind you and started laughing at you.  If I hadn’t been using a headset, I am pretty sure I would have been kicked out of the house and been gaming on the porch – especially when meeting Pierre, oh Pierre… You did not help international relations and I heard you the first couple dozen times you yelled for help.

Multiplayer on the PC platform was very hit or miss when it came to enjoyment.  The “join” system brought a stranger into the game I was playing and they started a quest and completed it before I could stop looking in trash cans and get to the boss fight.  This was amazingly frustrating.  It got so that I felt I had to dodge every other player until along came a random, high level individual who took me under his wing and showed me around, including some secret spots.  We laughed and had a blast and, at the end, he friended me so we could run together again.  If there had been level screening I would never have met him and had so much fun. On the other hand, I also wouldn’t have had a quest ruined for me earlier, so it is kind of a hard call.  Having friends to play with is the best option with an open slot, you can vote to kick someone if they are trouble so you might want more than one vote. 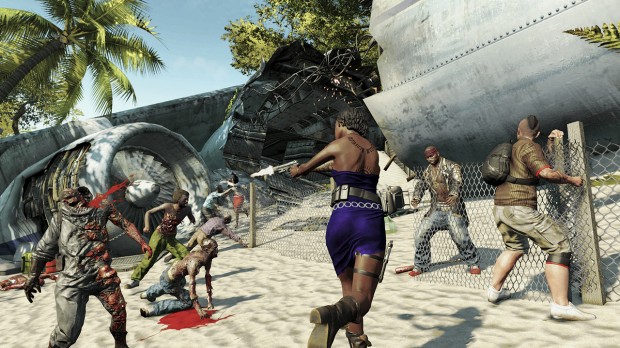 Last thing really to mention is that you find yourself on missions running back and forth between a base of operations over the same ground.  I would kinda expect that to be the case when on an island, only so many places to go, so many places to do quests.  I could see some people finding this as repetitive as the grinding, going over the same ground but much like the grinding it was no real surprise.

I tried to point out where people would have reasons not to like the game and these are a lot of the same reasons people would like the game.  If you like grinding and don’t mind running over the same ground this would be a game for you, one you would probably defend fiercely.  If you hate grinding you would probably hate it with a passion and all that stand by it.  Me?  Ask me over a pint if I like it or not. Good drink makes for good arguments, not message boards.