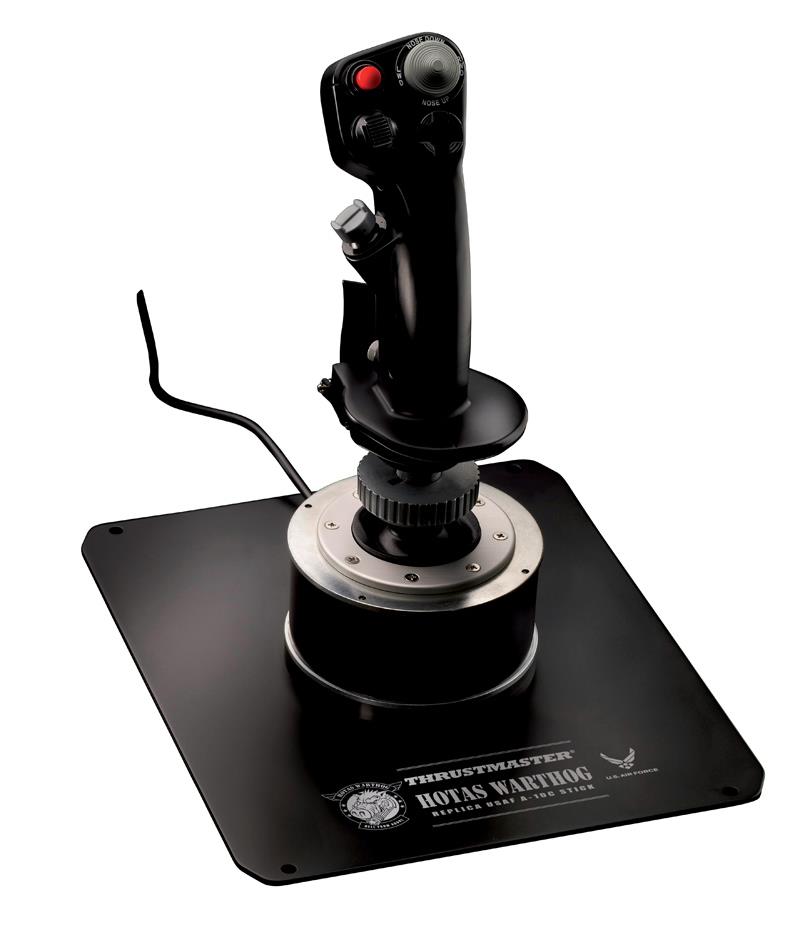 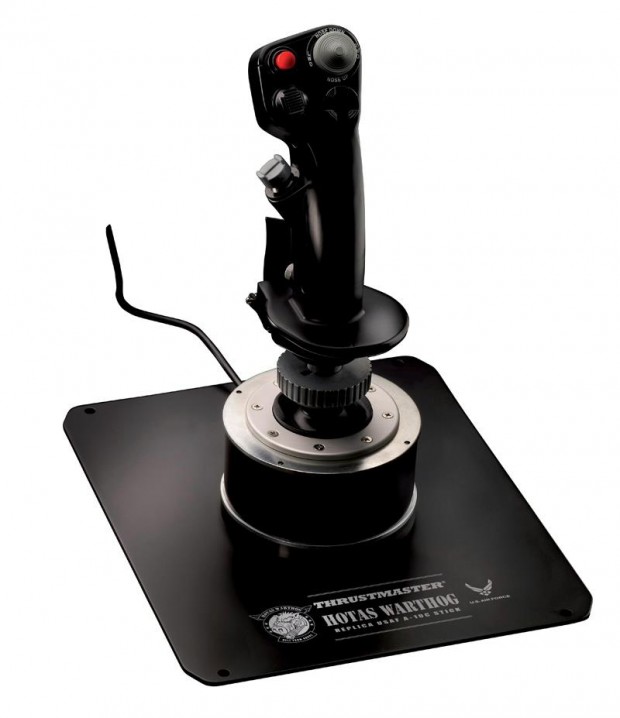 Rennes, April 18, 2013 — In order to respond to demand from the flight sim community, Thrustmaster is pleased to announce that it will now offer a standalone version of its A-10C attack aircraft flight stick replica.

With the release of the HOTAS Warthog™ Flight Stick, owners of the HOTAS Cougar™ stick and flight sim fans in general will be able to get a taste of the incredible precision provided by the stick of the A-10C, the U.S. Air Force’s famous attack aircraft. It is a replica of the plane’s control stick designed by Thrustmaster – creator of the original “Hands On Throttle And Stick” concept – and officially licensed by the U.S. government’s Department of the Air Force, the HOTAS Warthog™ Flight Stick is composed of a detachable metal handle which is also compatible with the base of the HOTAS Cougar™ stick (and vice versa), plus a base and a support plate.

Thanks to a metal plate which can be detached from its base, the HOTAS Warthog™ Flight Stick can be used either on a desk or mounted in a cockpit. The activation pressure on the stick’s buttons and trigger is completely realistic. It features 19 action buttons in total, plus one 8-way “point of view” hat: 1 x 8-way “point of view” hat, 2 x 8-way hats, 1 x 4-way hat with push button, 1 x metal dual trigger, 2 x push buttons, 2 x pinkie push buttons. The stick includes a USB connector and also features upgradable firmware; what’s more, it’s extremely stable (weighing in at more than 6.6 lbs/3 kg).

The HOTAS Warthog™ Flight Stick is also compatible with the T.A.R.G.E.T Thrustmaster Advanced Programming Graphical Editor™ software suite, available free for download. This innovative application lets you test, configure and program Thrustmaster® controllers including the HOTAS Warthog™, MFD Cougar, HOTAS Cougar™, T.16000M and HOTAS Warthog™ Flight Stick. The software is based on the drag-and-drop principle for total ease of use, and features different programming levels (Basic, Advanced and Script) – making it perfect for all users from newbies to the most diehard flight sim fans.

The HOTAS Warthog™ Flight Stick will be available starting May 2013 at a suggested retail price of 299.99$  (taxes included).