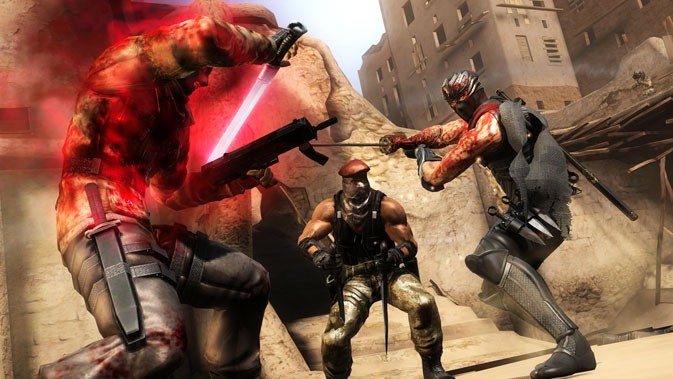 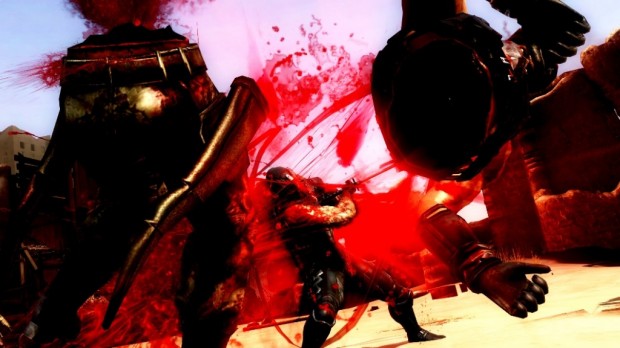 Team Ninja has done it again by releasing an updated port of a previously released game in the Ninja Gaiden series.  Ninja Gaiden 3 was originally released in March of 2012, so it only took Team Ninja eight months to realize their mistakes and release Ninja Gaiden 3: Razor’s Edge for the Wii U as a launch title.  With an additional wait of five months, Xbox 360 and Playstation 3 owners can now get their hands on Razor’s Edge, but is it worth it?

The story for Razor’s Edge has not changed since the release of Ninja Gaiden 3.  You play as Ryu Hyabusa, the protagonist of the Ninja Gaiden franchise, as he is summoned by the Japanese Defense Force to help out with a terrorist attack in the heart of London.  The terrorists, a sect called the “Lords of Alchemy”, are specifically calling out for Ryu to make an appearance and save the British Prime Minister and his family.  With the aid of Mizuki McLoud, Ryu sets off for London to discover what connection the Lords of Alchemy has with himself.  Ryu faces the leader of the Lords of Alchemy in the Prime Minister’s mansion, and is subsequently defeated and cursed with the “Grip of Murder”.  The curse caused the Dragon Sword to become fused within Ryu’s right arm, and compels Ryu to murder others or he will die.  Barely escaping London with his life, Ryu learns that the Lords of Alchemy threaten the entire world with destruction unless each nation gives in to their demands.

Razor’s Edge also has a separate set of missions for Ayane to play through, that involves the return of the Black Spider Clan.  Ayane has a completely different set of moves for her missions, which adds much more replayabiltiy to the game.  Razor’s Edge also allows players to play as Kasumi and Momiji, which can be played in any part of the game.

If you played the original Ninja Gaiden 3, then there really isn’t anything new here story wise.  The story is fairly typical of Team Ninja, which means it does the job well without really becoming too memorable.  Team Ninja games have always had a particular feel to them for me.  The writing and story progression is very much their style for Razor’s Edge, which has never really made me feel like it was done superbly, but never left me with a bad taste in my mouth either.  If you are looking for something new story wise with Razor’s Edge, you will be disappointed.

Since Razor’s Edge did nothing to update the story line for Ninja Gaiden 3, then it had to update the original’s game play.  Razor’s Edge brings in all of the downloadable content that was available for the original release of Ninja Gaiden, including all of the new weapons, challenges and costumes that could have been purchased.  This is a nice inclusion since the price for Razor’s Edge is already discounted from the original by twenty dollars.  You get a lot of content for less money, and that is always a good deal.  That is, if you don’t own Ninja Gaiden 3 already.  Well, what about those of you that did buy Ninja Gaiden 3 and all of the content for the game?  What has changed for you?  Not a whole lot from what I can tell.

Ninja Gaiden 3 was criticized for cutting down on the gore level, which made it feel less like a Ninja Gaiden game for many people.  Razor’s Edge brings the gore back, by the bucket load.  You are able to severe limbs off of the enemy soldiers, then continue to chop them into itty bitty pieces of flesh as the blood just splatters over everything in the vicinity.  Razor’s Edge also adds more weapons, skills, and abilities to the characters that you choose to play as.  This gives you much more ways to dismember your enemies and send them to their ancestors.

Razor’s Edge also is said to add improvements to the overall game play of Ninja Gaiden 3 by increasing the difficulty of the artificial intelligence of the enemies and by adding a new difficulty level to the challenges.  Coming from a person that has beaten the original Ninja Gaiden game for the NES, I found this game to be hard.  Really hard.  The developers know this too, or they wouldn’t give you the option to turn down the difficulty after you have died a number of times, which I, sadly, took that option just to beat the Regent of Masks in the Prime Minister’s home. 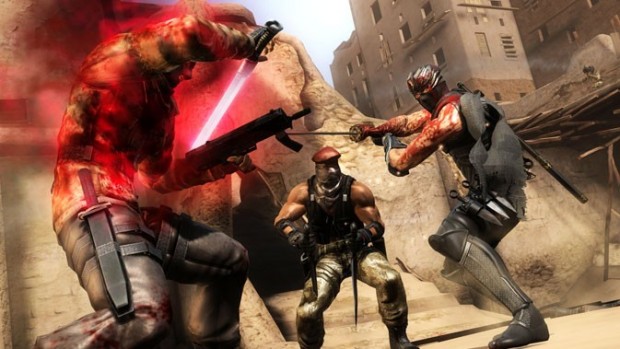 Razor’s Edge shines in the game play department.  The game plays extremely tight and has the right improvements and balances once you have set the game to the level you are capable of playing.  One major critique that I have with Razor’s Edge is the camera during the fights.  A lot of the fights can get hectic in Razor’s Edge, and the camera has a nasty habit of being sucked into it’s own body if you get into the wrong place of the map.  Many times during the game, the camera would rotate on me, and I would get lost for a second, loosing precious moments as the enemies would begin hacking me to bits.  With a game that is already as hard as Razor’s Edge is, this just made the game much more frustrating for me.  It isn’t a deal breaker here, but it was a sore spot for me during this review.

Razor’s Edge has not been improved graphically over it’s predecessor.  It looks just as good as Ninja Gaiden 3 did on the Xbox 360.  The added gore factor for Razor’s Edge means that everything on your screen will eventually be coated in a nice layer of crimson, but other then that you get the same visual quality that the original had.  This goes  the same for the music and voice acting also.  Nothing has been changed in regards to sound between releases, except for the obvious adding voice overs for the new characters.  I consider the voice acting the same as I do about Team Ninja’s story writing, it does the job without being either bad nor good.  Team Ninja games have a particular feel for me, and Razor’s Edge feels exactly the same in regards to aesthetics that the rest of Team Ninja’s releases have.

Razor’s Edge brings much more Team Ninja madness to Ninja Gaiden 3, and for less cash.  For $39.99, you receive the original release, all of the past downloadable content, three additional characters, more gore, and improved a.i. and game play.  If you did not get the original Ninja Gaiden 3 last year, Razor’s Edge is the copy that you need for that game.  Ninja Gaiden game releases are beginning to feel like a Peter Jackson Tolkien blu ray release, I know if I wait about six months after the release of the original game, I will be able to purchase the ultimate edition with all the added improvements and scenes that didn’t go into the first release.  Your purchase of Razor’s Edge will completely be decided on whether or not you own Ninja Gaiden 3.  I would recommend picking up this version over the original, as it has everything you could possibly want all in one package.