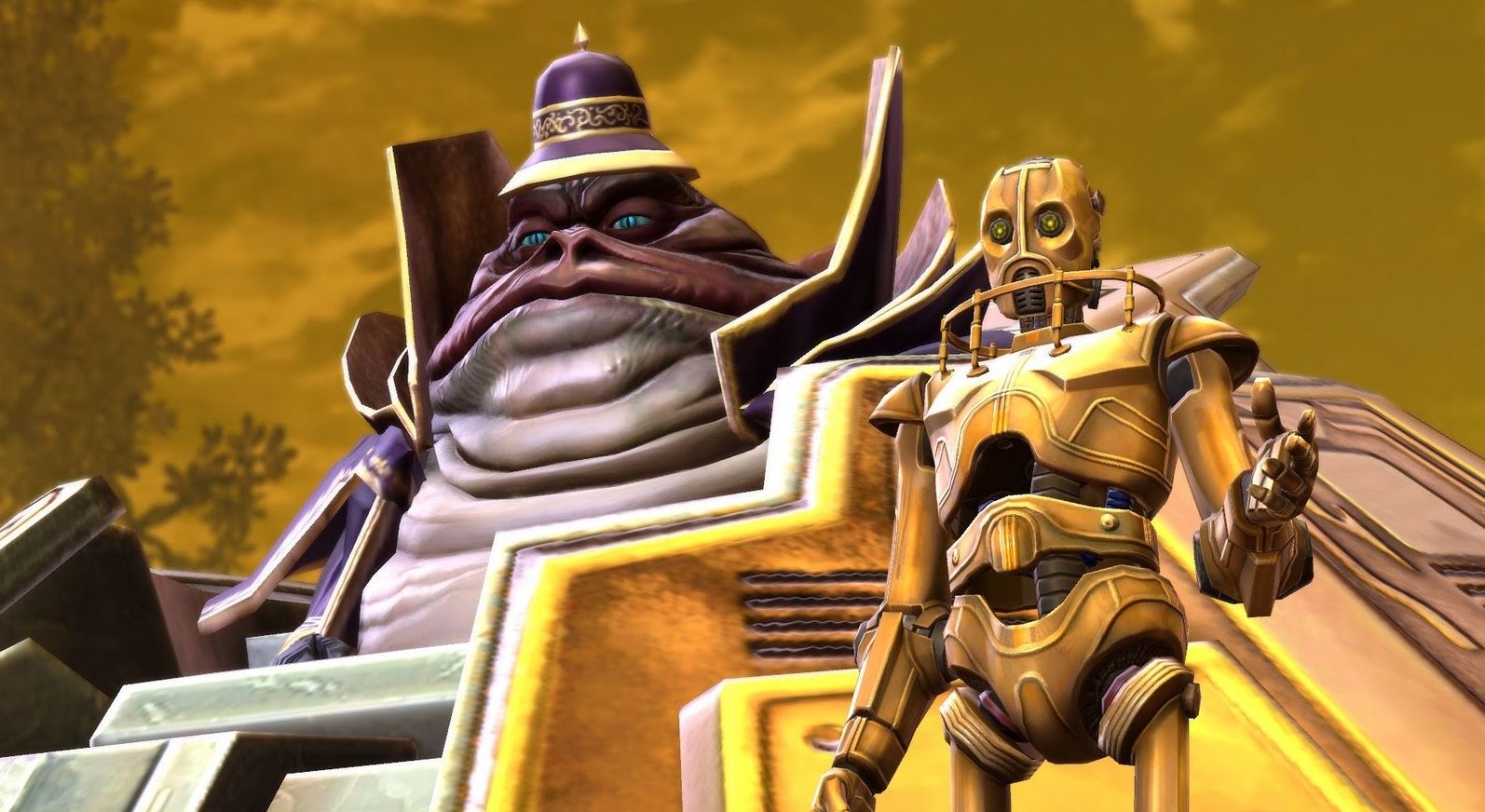 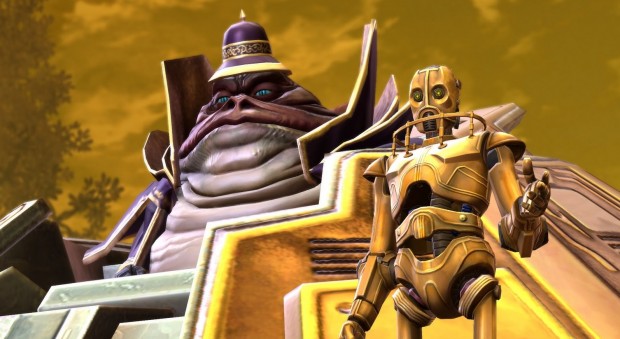 AUSTIN, Texas – Apr. 14, 2013 – The Hutt Cartel is making a huge play to become the next galactic superpower and only the Republic or the Empire can stop their rise! BioWare™, a studio of Electronic Arts Inc. (NASDAQ: EA), and LucasArts announced today that the first digital expansion for Star Wars: The Old Republic, Rise of the Hutt Cartel, is now available for players worldwide. Available for $19.99 (USD), or at half price for current Subscribers ($9.99 USD), players can extend their personal Star Wars™ saga, with exciting new playable missions, new features and a striking new planet, Makeb. Playing through Rise of the Hutt Cartel will raise the game’s level cap to 55 and allow players to access a host of new, higher-level group content in the recently released Game Update 2.0:Scum and Villainy.

“We’ve worked hard over the last year to ensure we were listening to player feedback and acting on it. This month, we’re not only adding hours of new story-driven content and features with Rise of the Hutt Cartel, but we are also adding depth and content to the end game with our latest Game Update 2.0: Scum and Villainy,” said Jeff Hickman, Executive Producer of Star Wars: The Old Republic. “All of this new content, combined with a much larger, more active and engaged community since the addition of the Free-to-Play option last year, makes this the best time to join or return to The Old Republic!”

In Rise of the Hutt Cartel, players will explore a new storyline on the beautiful and exciting new planet of Makeb. Here players will continue their faction storylines as they fight against a nefarious new threat, the Hutt Cartel, attempting a take-over of the planet and all its resources. As players progress through the new levels they will earn new gear and abilities, along with access to new Elder Game content. As part of the experience, players will also be able to acquire new technological gear including Macrobinoculars and Seeker Droids, which take players on galaxy-spanning new missions to unlock valuable rewards.

Star Wars: The Old Republic is set thousands of years before the classic Star Wars movies. Players are immersed as they team up with friends online to fight in heroic battles reminiscent of the films, exploring a galaxy of vibrant planets, experiencing visceral Star Wars combat, all set to a sweeping musical score. Now, players can experience the complete storylines of the eight iconic Star Warsclasses, all the way to Level 50 without having to pay a monthly fee. experience Star Wars: The Old Republic.